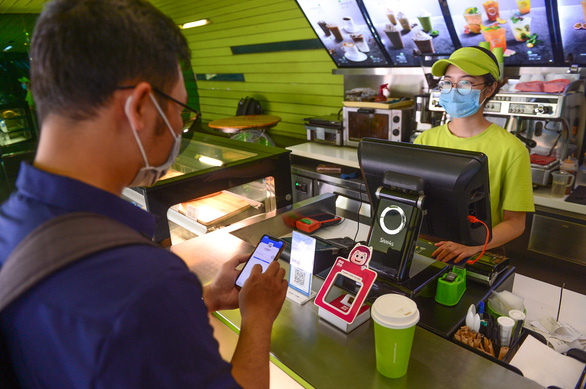 Vietnam made a sharp rebound in financial technology (fintech) funding in the ASEAN region in January-September, standing at the third place after Singapore and Indonesia, according to the FinTech in ASEAN 2021 report.

Vietnam accounted for US$375 million, or 11 percent, of the total fintech funding of $3.5 billion in the period, which more than tripled from the entirety of 2020 as investors poured money into mature firms seen as having a higher chance of emerging strongly from the COVID-19 pandemic, according to the report.

Last year, Vietnam stood behind the others in ASEAN-6 countries, with Singapore taking the lead, followed by Indonesia, the Philippines and Thailand (tied for the third place), and Malaysia, according to another report issued by SFA, UOB, and PwC Singapore in 2020.

The sharp increase in total fintech funding this year was driven by 167 deals including 13 mega-rounds, defined as a funding round of $100 million and above, which accounted for $2 billion of the total funding, the latest report said.

The strongest growth this year was seen in funds injected into investment tech and cryptocurrency firms in ASEAN, with both categories holding the second and third places, respectively, after payment.

Compared to last year, funding for investment tech firms grew six times to $457 million this year, in line with growing consumer interest in the use of digital trading and wealth management tools.

Funding for cryptocurrency firms came in third at $356 million as they attracted five times the funding received in 2020.

The share of cryptocurrency firms in the region is expected to grow as players tap into consumers’ rising interest, as nine in 10 ASEAN consumers have started or planned to use cryptocurrencies and central bank digital currencies.

This year has seen payment remain the most funded fintech category in ASEAN at $1.9 billion and continue to make up the majority of fintech firms in most countries, except for Singapore (cryptocurrency) and Thailand (alternative lending).

The fintech scene all over Southeast Asia continued to thrive and grow rapidly, as attested by the strong rebound in financing this year, said SFA president Shadab Taiyabi.

“One key driver of this resurgence was the pandemic, which has catalyzed digital adoption in Singapore and across the region, driving the rise in digital payments and accelerating the shift toward digital channels within the financial services sector,” Taiyabi said.

Along with the rebound of fintech funding, the opportunity to forge strong win-win-win partnerships between fintech firms, ecosystem platform players, and incumbent banks will remain instrumental in propelling the sustainable growth of ASEAN’s fintech firms, said Janet Young, head of group channels and digitalization of UOB.