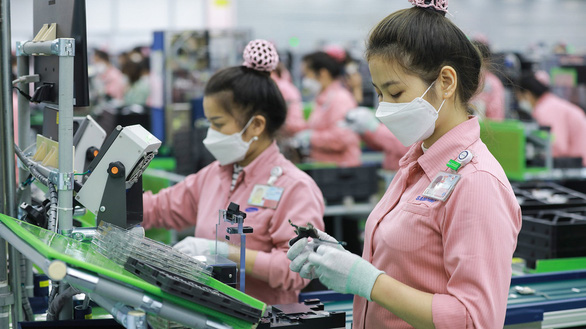 The report, entitled ‘The Great Supply Chain Migration – Breaking down the Cost of Doing Business in Asia,' was developed amidst a renewed drive by businesses to diversify manufacturing locations and expand operations into new markets in Asia.

It delves into the average costs of doing business in Asia and focuses on the corresponding country competitiveness across nine popular potential manufacturing locations, including Cambodia, India, Indonesia, Malaysia, Myanmar, the Philippines, Singapore, Thailand, and Vietnam.

The research analyzed labor, lease, operation, logistics, utilities, and telecommunications costs in each of the markets.

For utilities and telecommunications, which account for about 16 percent of total costs in most countries, Vietnam was assessed as offering the most affordable phone charges while Cambodia was seen as the one with the highest charges.

In terms of operating cost, Vietnam was the market with the third lowest average total operating cost, ranging from US$79,280 to $209,087 per month, only behind Cambodia and Myanmar.

Regarding labor, which forms a major component, up to 55 percent of the total costs across the countries, Vietnam was rated fourth among the most affordable markets, after Cambodia, Myanmar, and the Philippines, with an average of $108,196 per month.

The report also investigated the competitiveness of the nine markets based on qualitative factors comprising business environment, talent performance, logistics performance, and readiness for digitalization.

In respect of warehouse rental, the second-largest factor in the total cost of each of the nine countries, Vietnam came fourth in terms of affordable costs, with an average rental of $5 per square meter per month, after Thailand, Myanmar, and Cambodia.

When it comes to logistics costs, Vietnam was classified as a highly potential market, which means that the country has relatively higher logistics expenses but is capable of expanding its operations.

Except Singapore, the other eight countries fell into at least one of the three stages of the manufacturing value chain, including ‘basic assembly lines,' ‘developing supply chains,’ and ‘early automation.'

Countries in the first stage – Cambodia and Myanmar – are suitable manufacturing bases for businesses in sectors like textiles and garments.

Meanwhile, “the likes of Philippines, Indonesia, and Vietnam, which are categorized in the intersection of the first two stages, offer good bases for businesses in sectors like electronics that do not require manufacturing sophistication or highly skilled labor,” the report said.

The remaining nations in the stage of ‘early automation’ are good choices for companies that have started to invest in smart manufacturing and innovation.

Singapore was excluded from the categorization given its high costs and overall competitiveness, making it the obvious choice for companies with higher-value-added manufacturing involving complex processes and automation requirements.

“Understanding which stage of the manufacturing value chain the business is in is a critical factor of consideration before deciding on an optimal location in Asia to establish a new manufacturing outpost,” the report said.

As each market offers different advantages and limitations, it is crucial for businesses to carefully weigh their options before setting up bases in a selected location, Megan Benger, director of Supply Chain at TMX and the report’s co-author, advised.