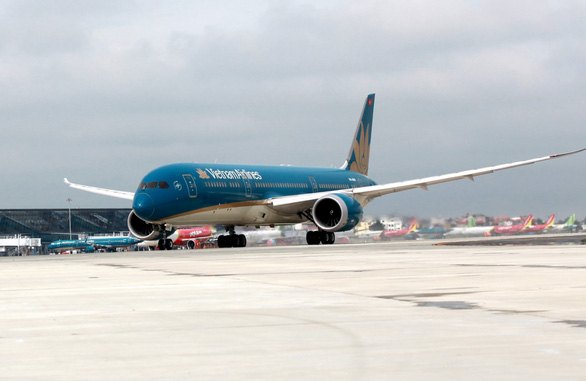 National flag carrier Vietnam Airlines will focus on improving business performance, selling aircraft, and pulling out of certain ventures as a means of dealing with huge losses and negative equity, the company said in a June 13 report sent to the Ho Chi Minh Stock Exchange (HoSE).

The report – an outline of solutions and a road map to removing its stock, coded HVN, from the stock exchange’s controlled trading list – stated that the COVID-19 pandemic hit the aviation sector hard, with international passenger transport suspended from March 2020 to March 15 of this year.

As a result, the HVN stock was put on the watchlist in accordance with HoSE’s regulations.

To cope with the enormous impact of the pandemic, it created a list of both short- and long-term solutions to minimize losses, improve business, and supplement capital and cash flows to subsidiaries, the airline said in its 2021-25 restructuring plan.

The solutions outlined for this year include a series of initiatives aimed at helping the company avoid consolidated losses and negative equity.

During the 2023-25 period, Vietnam Airlines will continue taking measures to improve its production and business performance, as well as supplement equity to gradually overcome the crisis, recover, and develop.

The company is currently consulting state shareholders and relevant agencies, and will soon present the final plan to shareholders for approval.

Specifically, the airline will synchronously apply solutions to quickly recover and improve its business performance and minimize losses in air transport while the market has yet to fully recover, and eventually turn a profit.

In addition, Vietnam Airlines will restructure its assets and financial investment portfolio to increase income and cash flows.

Accordingly, the air carrier will sell and lease its old aircraft, make divestments, and transfer its charter capital.

Finally, Vietnam Airlines will issue shares to increase its equity in 2023-24.

According to the audited consolidated financial report for 2021 publicized by Vietnam Airlines, the firm incurred an after-tax loss of nearly VND13.27 trillion (US$571.2 million), lower than the over VND13.33 trillion ($573.8 million) the company previously reported.

Its equity in the audited financial report was VND524 billion ($22.7 million), higher than the VND507 billion ($21.9 million) the company previously announced.

As for its performance in the first quarter of this year, the air carrier earned a net revenue of VND11.62 trillion ($502.1 million), surging 55 percent year on year.

However, it incurred a gross loss of some VND1.6 trillion ($69.2 million), sending its consecutive deficits up to around VND24.6 trillion ($1.1 billion), according to the consolidated financial report. 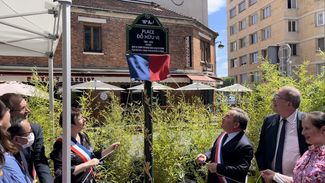