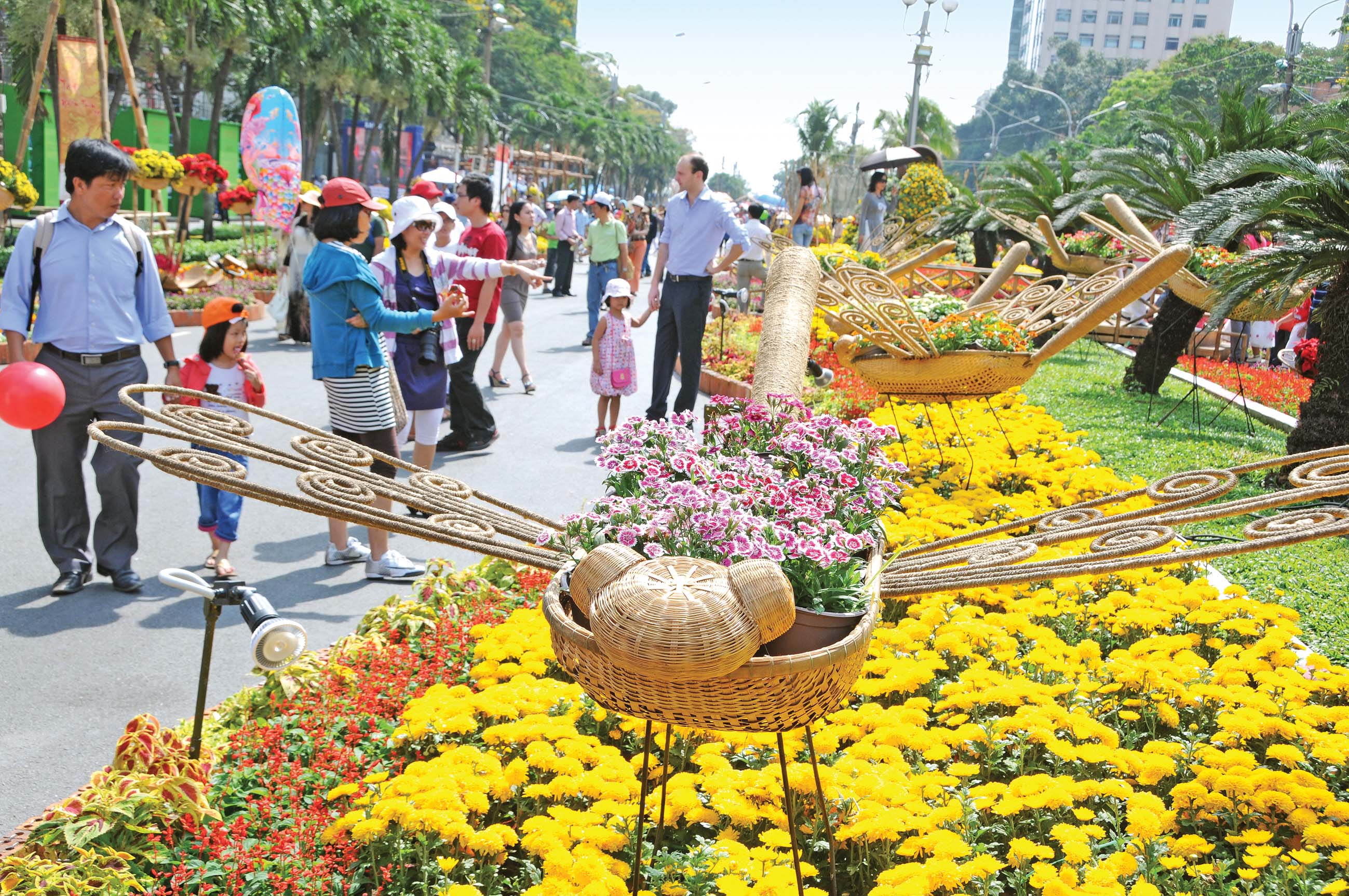 Waiting for the big one – Tet

As an expatriate in Ho Chi Minh City, the festive period can be a strange time. On the one hand, you want to be with your family back home for a few days to enjoy the Christmas celebrations. On the other, you know that if you can ride it out with gritted teeth, then you can look forward to what is now your new Christmas – Tet.

When people back in the UK ask me what Christmas is like in Ho Chi Minh City, I tell them it is more about local people going into District 1 to look at the city lights on streets like Nguyen Hue Boulevard and taking advantage of the photo opportunities than sitting around the Christmas tree to unwrap your presents, lots of alcohol, turkey and trimmings, Christmas pudding and the likes.

Well as it happens, my wife actually could tell I was a little homesick and invited a few of our friends round for a Christmas party which perked me up, and we had a singsong and dance with some food and drink.

Although it is not the same as being back in my native country, the temperature for one thing makes you realize that. It was good fun.

The last time I went home for Christmas, I went from around 30 degrees to -5. Talk about a shock to the system. Just as well I had put a big jumper and jacket in my suitcase.

Now that the western festivities are almost out the way, with just New Year to come in a few days and the fireworks downtown, it is the real holiday season.

In Scotland, most people go out to ‘celebrate the bells’, i.e. when the church clocks strike midnight bringing in a new year of hope, prosperity and happiness in street parties despite the cold weather, organized bashes or just home gatherings for close family and friends. New Year’s Eve in Scotland is called Hogmanay and the Scots have a long, rich heritage associated with this time of year.

The New Year’s Eve custom of singing Auld Lang Syne all around the world is a Scottish tradition. The song comes from a Robert Burns poem which is set to music and people link arms in a circle as they sing this song when the clock strikes midnight for New Year’s Day.

Now, I live in a country which I reckon looks forward to Tet more than western people anticipate Christmas and New Year put together.

I have tried to describe Tet to friends and family but fail to encapsulate the enormity of it.

The western festive period sees a complete standstill for a day or two. But for Tet it is literally two weeks of deserted streets, especially in the big cities, as the workers all head back to their home provinces.

Trying to describe that to people who have never visited Vietnam is a tough ask. I suppose it is one of those things that you have to live among to appreciate.

A lot of foreigners come to Vietnam’s big cities like Hanoi or Ho Chi Minh City during Tet, thinking it will be a great time to visit and party.

I had a friend who did exactly that, spending around a week during the holiday season in Ho Chi Minh City. He was complaining it was boring, the streets were dead and there was no one here. But how would he know? If he had gone to a western city during the festivities, he would have found his party. Obviously things are a little different here.

I think one of the main differences is that whereas the western festive period seems to be rushed and split up, as maybe you get Christmas Day or Christmas Eve off and New Year’s Day and January 2 off, Tet is more spread out and makes for such an enjoyable time when you can literally do nothing for a week (or two), recuperate and then head back into the firing line.

Maybe western economies decided they can’t afford to let the whole country off for such a long time. The extended break in Vietnam is desperately needed for local people and expatriates residing here. For most it is their only holiday for the whole year. Some people literally work every day and hang on in there knowing their fortnight of family time is awaiting them.

If Christmas is for family, then multiply that by 100 for Tet.

I myself will be heading down to the Mekong Delta to visit my wife’s family for my first holiday since last Tet. I too share that desperate need to just get away from it all and enjoy time in a quiet village, doing the simple things, living the good life without a worry or care in the world.