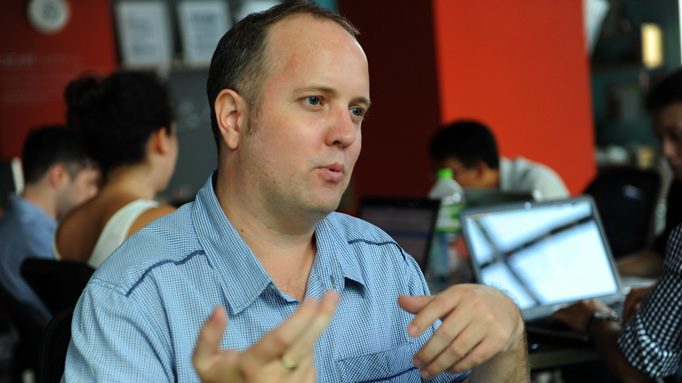 Editor’s Note: Ross Stewart is the Australian producer of a non-profit short film project. He talks about work he has done in Vietnam over the past ten years and comments on the trend of more and more young Vietnamese wanting to become filmmakers.

I have been living and working in Vietnam – my first country outside Australia - for more than ten years. I was born in Melbourne, where there is a big community of Vietnamese, so I already knew Vietnamese food. I think food is a big part of Vietnamese culture.

My half-Vietnamese girlfriend and I moved to Ho Chi Minh City in 2003 and taught English at first. Teaching in Vietnam pays quite well as compared to the cost of living. After teaching in HCMC for about two years, I broke up with my girlfriend, and that was why I went down to Vung Tau for two years. After that I moved back to HCMC to establish my own English school.

In 2010, I quit my job of running the school and started the non-profit 48 Hour Film Project, a contest for young Vietnamese short-film producers.

I have managed the project for three years since realizing that I have a deeper passion for the film industry. We are still trying to raise money at this moment, as we have to sponsor ourselves and do not get any funding from the local government.

There are four to five core members and 20 volunteers who usually come to work for the film events organized by my company.

In the film industry, I see more and more young Vietnamese people quitting their jobs as bankers, engineers, and even scientists to become filmmakers. They do so because they either do not enjoy their jobs anymore or care about money. They realize that as a team they are able to create something together which they can make money from. Sometimes, they also have fun.

In my experience, being in this industry is quite an exciting thing. I used to work with a young girl whose name is Chung Le Vy Thao. Her team won the Best Use of Props category in the 48 Hour Film Project in 2012, in which she was the film producer.

She quit her good job at a social media company in HCMC to become a production assistant to Vietnamese-American director Charlie Nguyen so that she could gain experience to pursue her dream of being a filmmaker in the future. Now, she is a freelance assistant director for Charlie.

I had people like that work for my company before. But now, I have young people with little experience and have to train and inspire them by myself.

In the past, young Vietnamese people lacked creativity, and often copied ideas from the West when it came to filmmaking. However, young Vietnamese now are more and more creative, and they are very enthusiastic. They watch a lot of films and movies so they can see a lot of content.

I think 80 percent of the people in the Vietnamese film industry would love to learn more about filming techniques. However, Vietnam still lacks good writers and scriptwriters because of payment problems. 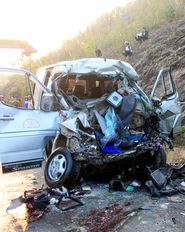