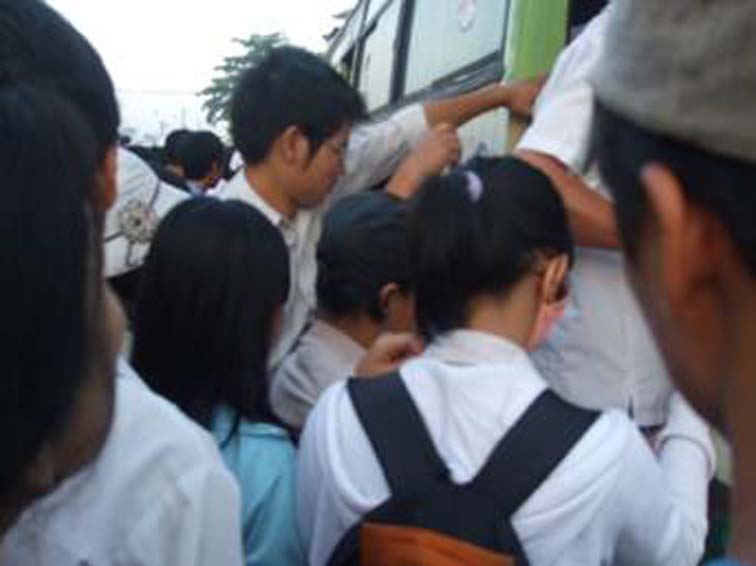 Editor’s Note: Thanh Vu Bui, who identifies himself as an Australian expat, emailed this piece to us on Wednesday in response to the article “Vietnamese’s bad habits: The ‘Tunnel Vision’ epidemic” published on our website the same day. Bui said in the email that “I’ve heard of the many reasons for the Vietnamese bad social habits,” citing Tunnel Vision, lack of education, and corruption as examples. Tuoitrenews does not vouch for the opinions expressed here which are the writer's own.

Vietnamese seems to be really concerned with “saving face,” but have no shame for their [mis]conduct and [mis]behavior.

I have consistently witnessed the following bad social etiquettes in public:

-       Rushing out of airplane[s] first during debarking

-       Disobeying traffic laws, and not giv[ing] other drivers the right way when they are already in front

-       Walking into elevators before people exit

-       Not holding doors open for other people behind them, or sneaking in when someone [has] just opened the door for themselves

-       Rushing everywhere in general, but slowest golfers in the world

-       Talking in cinema[s], better now with all the public announcements by Megastar and BHD. Galaxy Cinema is the worst!

-       Still trying to rip people off in restaurants with fraudulent bills, or having a higher price menu for foreigners

I’ve seen Vietnamese visiting other countries and able to display good social etiquettes, so they are all not ignorant. It’s time Vietnam start[ed] behaving in public respectfully like a mature society. In other societies, these bad social etiquettes are faux pas, something people would be embarrassed about, in Vietnam, they are the norm, but foreigners are embarrassed about seeing it to the point that they take pictures and talk about it socially, viralling the bad image all over the world.