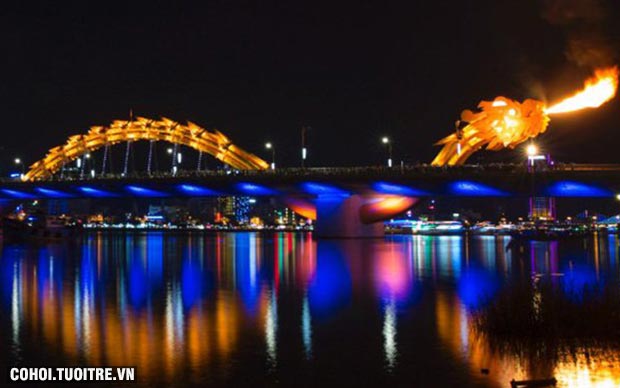 The most livable city in Vietnam

Unless you’re living in Vietnam, you’re in the wrong place. Unless you’re nesting on the central coast, you got a faulty compass. And unless you have a snazzy abode in Da Nang, you’re simply in the wrongest place you could be. Gasp!

If you are frantically packing your bags while simultaneously booking your flight to the most livable city in Vietnam, then rest assured that you’ve made at least one sensible and sane decision that won’t haunt you for the rest of your life. Your mother would be proud of you.

Now, I’m sure some of you are thinking, ‘Stivi needs to change his medication,’ but hear me out!

Oh sure, every city in the world has problems but ‘livability’ centers on the positives that can also become standards for other cities to emulate.

Nowadays Da Nang is in the middle of a real estate gold rush although it suffers from a flood of impoverished economic immigrants such as starry-eyed ‘let’s be a millionaire’ English teachers and martial arts enthusiasts passing themselves off as experts in self-defense.

Da Nang has all the advantages of a young, progressive city growing in cosmopolitan appeal, atmosphere and adaptability. And it’s all less than half an hour drive from your front door. Even introverts would be excited to get out of the house in Da Nang!

Mind you, there is a serious outbreak of excessive wobbling resulting from extended crystal and singing bowl sessions that’s stumping local doctors and leading to a rush on pharmacies.

For the online English teachers working from home, there is cozy shoebox’s renting for US$400 a month or the more up-market villas with swimming pools for $1,000 a month, which is cheaper than the average Bondi Beach apartment in summer. Add to this, nearly 10 months of gorgeous sunshine, a 30-kilometer coastline and cocktails delivered to your deckchair on the sand – how could you possibly even think of being anywhere else?

Medically, Da Nang is fabulous for repairing motorbike injuries and late-night bruises from quibbling with the xe om driver over VND50,000. There are lots of English-speaking doctors and providing you’ve got insurance, it’s all affordable. No queueing, available private hospital rooms and a benign tolerance towards smuggled-in pizzas and hamburgers will make your hospital stay just that much sweeter.

The metropolis is rated excellent for business. Why? Every week, there’s a new café opening up in the heart of An Thuong, the eastern seaside tourist hub dubbed ‘Crackertown’ by well informed expats. The city’s education system now supplies a steady stream of tourism staff versed in two or more languages and service values. Staff no longer harass customers with the bourgeois question, “Where are you from?”

If you do feel the need to get off the city, the quaint ancient town of Hoi An is half an hour away (although if you take the local bus, it’s an hour and an aspirin…) where you can hang out at An Bang beach and stare at the ocean despite the gaps in the bamboo umbrellas crowding the beach. Alternatively, Ba Na Hills is Disneyland on steroids and a great rendezvous for that secret office affair.

Global connections are easy-peasy with Da Nang International Airport now servicing routes to anywhere except Cambodia (dunno why…). Fancy a weekend in Hong Kong? No problem. Shopping in Kuala Lumper? Simple, if AirAsia, Jetstar or Vietjet ever leave on time…

Education here ranges from full international schools to the hole in the wall English clubs with prices to match. It’s even possible to learn sign language and Spanish regardless of whether you’d ever use it. Heck, you can even drink and learn drawing at the same time, although your ability to make straight lines might become a problem.

One last point – Da Nang has no nuclear weapons parked on the beach and the mayor of Crackertown is a no-nonsense, down to heart guy, no pollution from Indonesian forest fires (or China) and no economic exits to deal with. We get three days’ warning of typhoons, there’s no snow and the death rate from traffic accidents is the lowest of any urban city in Vietnam.

So, are you living to work? Or working to live? Are you really in a livable city or just justifying that because of your partner, salary, and the need to impress people or generate profound social change?

If the answer to any of that is yes, then get your…bottom… to Da Nang!