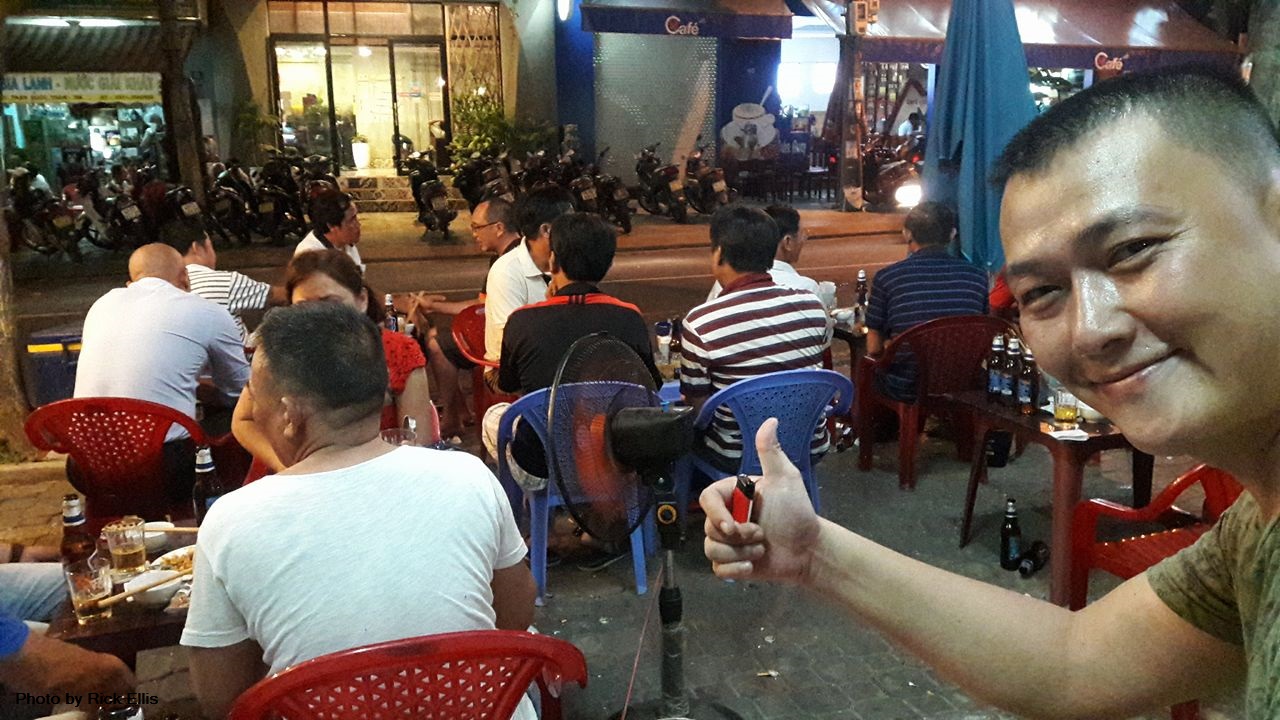 I have lived as a nomad during the last five years, splitting time between several countries in Southeast Asia. Therefore, I have a good perspective of the various lifestyles, business and personal ethics, as well as cultures in the region.

Those are all valid reasons, but you’ll never guess which one is at the top of my list:

It’s the energy and enthusiasm of Vietnamese people that draw me more and more to this country. I talk to so many Westerners who have not yet been to Vietnam and one of the most frequently asked questions is: “How do things work?” and “Do things get done in Vietnam?” “Can you find the products and food you seek?”

Those questions seem absurd to us on the inside, but many Westerners have the vision of a clumsy operation where everyone has a job yet nothing gets done, with the locals moping along just to collect their salary.

When I laugh and explain that nothing could be further from the truth and that most Vietnamese are so motivated that they could just as well be fired out of a cannon each morning, the Westerners reply with some degree of skepticism.

When that happens, I start in with a series of anecdotes that have almost evolved into a rehearsed script over the last couple of years.

There’s Thao, the elderly room attendant at my favourite hotel in Da Nang. She handles 18 rooms in that family-run hotel on her own, including cleaning the rooms and common areas as well as laundry duty.

That’s already impressive, especially for a woman who is quickly approaching retirement age, but that’s just part of the story.

Thao knows all my little quirks and habits – sometimes I joke to myself that she knows more about my routine than I do. She doesn’t throw away the plastic water bottles, knowing that I’ll buy a large container and fill them up. She takes away the fancy bed cover and embroidered throw pillows which I’m terrified of dirtying. She arranges the curtains just the way I like so that minimal sun gets in, but there is still enough indirect light.

Thao lurks in the shadows of the corridor waiting for me to go out each morning and knows I’ll be back in about 90 minutes, after eating and having coffee. I notice her out of the corner of my eye but pretend not to. She knows the morning is my favourite work time, so she always finishes arranging and cleaning my room early.

Last year I developed a rash that made my skin itchy and mentioned it to Thao during one of our conversations. She must have mulled it over, then determined it could be the hotel body soap that I used for showering, then on her own time and with her own money, she went shopping and left a large cache of antiseptic soap for me.

Admittedly, I always give Thao a generous tip at the end of each stay – she knows it’s coming each time. Nonetheless, her attitude is exemplary. Does Thao seem like an employee who works for a low salary nearly every day of the year? Amazing anticipation, service ethic, and energy!

Now let’s take a visit to my favourite cafe up the street. I go there every morning for an hour or so, the broken heart music wafting out of the speakers, the staff buzzing around, and the customers getting a nice jolt of caffeine to start to the day.

My friend Trang and her partner run that coffee shop like a finely tuned piano, never skipping a beat. The cafe has about 40 seats and does a robust business, especially when people stop on the way to work.

Often the cafe is packed early in the morning, including a large group of 10 or so from a nearby office complex, who all must be served together and very quickly, not an easy task with so many other customers hollering out orders.

Of course my “cà phê sữa đá” (iced coffee with sweetened condensed milk) arrives perfectly mixed with a glass of warm tea on the side. I only like a trickle of condensed milk in my coffee and, naturally, both Trang and her partner know exactly how much to add. If I ask for iced “nước chanh” (lemon juice) on warm afternoons, they both know to sprinkle just a touch of sugar before mixing and serving.

In her “spare time,” Trang studies at the local university, so whenever there is a lull in the business, she tears out her study material and works on it. And when she does go home, she cares for her husband and son as well as being actively involved with her aging parents.

At the end of the afternoon I swing by my buddy Hoang’s little “quán” - a single shop building that’s both a restaurant and beer bar. Each day groups of laborers and office workers kill a couple of hours after work with beer and local food seated on tiny chairs at low plastic tables both inside and outside, sorting out the world’s issues.

Hoang’s wife, also named Thao, works the kitchen, a small corner at the rear of the shop, firing out scrumptious and sophisticated local dishes leaving me in awe that she could manage all that preparation in such a tiny space.

The charming waitress Trang, seconded from a local brewery, knows every regular customer, which beer, and how they like it served. My beer arrives very cold every time, and if it isn’t just the way I like it, Trang will be certain to carefully sort through ice chips in one of the buckets, then place a chunk of ice just the right size in my glass.

The place is hopping between 4 and 7 o’clock each day so all can enjoy their beer and still arrive home early. Hoang is a big man, about 1.80 meters, but he deftly moves between the tightly packed tables to serve his customers, stepping carefully to avoid cans, bottles, ice buckets, and customers’ feet.

Often he’s juggling all that activity while his 4-year-old son Ti tugs at his shirt, peppering him with questions and requests to repair his various toys. Sometimes Hoang tucks his 6-month-old second son Toan under his arm and spins through the crowd, never spilling a drop while customers holler out food orders and requests for more beer and ice.

Who are these people I’m writing about? How did they become this way?

What do they all have in common?

Each of the characters featured here approaches their work with passion, skill, and pride, whether they are employees or entrepreneurs.

The other common trait between them is they work at that pace nearly every day of the year. The hotel never closes, but Thao squeezes out a 3-day holiday at the annual Tet (Lunar New Year) celebration. Trang’s cafe and Hoang’s quán both close for 3 days per year for Tet festivities.

For 362 days out of 365 all these people are full of vim and vigor with smiles, laughs, jokes, efficiency, and energy. They’re happy because they’re improving their lives and making a contribution toward overall progress.

I’m sure each of you has many such stories, perhaps even your own. So if a foreigner who doesn’t know Vietnam cocks his brow skeptically and asks you about the work ethic, you’ll know how to respond with a few such stories and a big laugh.