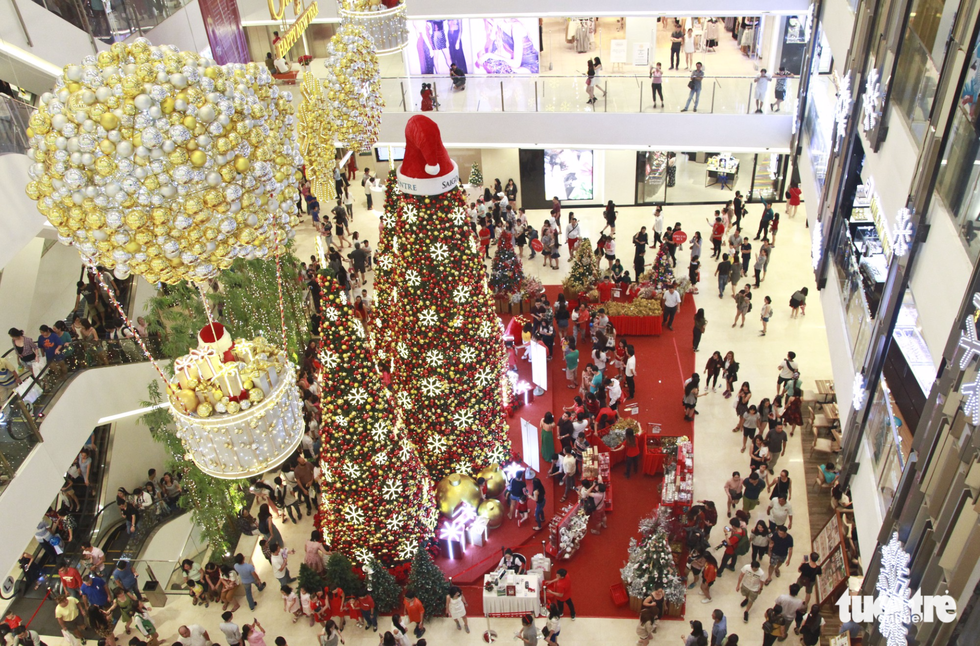 I wonder how you manage to get into Vietnam. Do you use a visa on arrival, booked by your elves? Or did the said elves have to wait in line at a consulate, pay the money and come back two days later? And since you’re on the job, how do you get your work permit so quickly?

Mind you, Santa, you can get the visa faster in Cambodia than in Malaysia.

Singapore is the most expensive embassy I’ve visited so far and the Australian Consulate has the smallest waiting area. Good thing you don’t have to travel overland, Moc Bai Border Gate is suffocating in the heat with nowhere to sit while waiting and Lao Bao Border Gate is a nice walk down the hill and back again from where the bus stops.

And there’s no food stalls for reindeer, poor things.

I wonder if customs will try to stop you at the border for sack inspection, ask for a detailed list of goods and recommend a good broker on your behalf when you’re accused of bringing in second-hand goods. Good thing you usually don’t import English-language kids’ books or you would be here until summer break next year. Unless you…um…pay…cough…some fees. Or do the elves have a secret magic spell to deal with overly-enthusiastic customs officials?

And how do you get into the houses when there are no chimneys in Vietnam?

I should warn you that Feng Shui and modern Vietnamese houses are a bad mix. It is likely you’ll discover the ceiling has neon lighting, the Christmas tree is somewhere in the kitchen next to the kitchen gods’ shrine and motorbikes block front entrances like you wouldn’t believe. Christmas lights are popular but bring a torch, power blackouts are common.

This year has been worse than some others. The rain in the mountains will make navigation a nightmare but blankets, tarpaulins and new shoes, I’m sure, are going to be deeply appreciated. Don’t worry about barking dogs either. Most apartment blocks in the big cities have gone to the dogs now, banning pets although everyone agreed to them in the beginning. As the tenants who went back on their word will be on your naughty list; give them nothing and serve them right too.

We’ve just had one of the first ‘black Friday’ shopping events in this country and all the locals went mad buying stuff to impress the neighbors. So you see, Santa, there’s no need to go overboard on goodies for Vietnamese families – lots of cheap foods are all the rage at the moment. However, the foreign community may be a bit tougher to satisfy. If you and the elves have been mulling this over, I’ve got some ideas.

What expats want are all the things they miss from their home countries such as Tim Tams, real duct tape, genuine bread knives and an authentic iPhone glass cover repairer. Expats are sentimental beneath their rugged, jaded exteriors and crave true roast dinner and inexpensive imported wines.

As the Viet Kieu already brought everything they need including real iPhones, I reckon the best bet is to give ‘em gifts from their home countries too, such as imported hot dogs, well stitched hoodies and solid Western motorbike helmets.

And the Vietnamese? Well, anything that’s shiny, new, boast-worthy and can’t be found in China cheaper. Also anything in pretty paper and half a million dong in a tiny red envelope help too. If it’s hard to get that kind of money together, you can get change at the gas stations before midnight. At least you won’t have to worry about getting ripped off at the petrol bowser as I know your sleigh can circumnavigate the planet on a single tank of Tra-la-la.

I’ve been a good boy too, as you can see from your list. I tried very hard to keep my temper in the traffic this year. I think I only screamed, shouted and swore a few minor times at the nonplussed locals pottering through red lights on the wrong side of the street while on the phone with their kids helmetless. Likewise I’ve been fabulously behaved when dealing with the government, my neighbors, the karaoke shop and the local corner store. Seriously!

Well, I’ve gotta rush, Santa, Big C and Metro have Chrissy decorations on sale. This year I’m planning an ‘Austin Powers/disco’ lighting scheme in my kitchen. Could you also get me that giant stuffed panda for my dog to chew on and I’d like the stand-up mini-scooter so I can enter the Hoi An old town on a ‘primitive vehicle’ after 5:00 pm.

Thanks so much and see you soon, Santa! I’ll leave two ‘nón lá’ hats outside the house on Christmas Eve for you and your wife to hang on the wall.