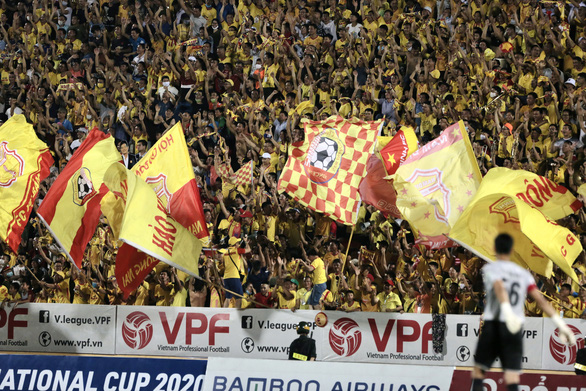 Shrugging off the COVID-19 social distancing measures seems easier in Vietnam than most of the world. Although it was strange to stay at home for a while, it never really quite felt like the horrible suffering happening in other parts of the world.

My family seems dubious about Vietnam’s success story in belting down the spread of the Illness without any deaths. In fact, there has been no headline grabbing stories of overwhelmed hospitals, lack of protective equipment, or large numbers of unexplained deaths. And I’m more willing to believe the Vietnamese media reporting than some of the present excuses and government madness I read in foreign newspapers.

Particularly, I’ve admired the efforts of the Vietnamese medical services in trying for over two months to save the life of the British pilot who caught COVID-19 in Ho Chi Minh City, even though his situation is extremely serious. It’s a far cry from the insensitive attitudes that some nations’ leaders are displaying toward saving lives.

In little old Hoi An where I humbly live, there are few obvious signs of effects from the social distancing restrictions apart from some tailoring shops, cafés, and transport services still closed or operating well below their normal capacity. Mind you, we probably have a hundred more street stalls operating than before – even my neighbors had had a brief flirtation with running a chicken and duck BBQ stand before everyone else complained about the smoke and the late hours.

I thought it was fortunate that construction works still continued as a much-needed source of work and salary during these hard times. However, finishing so many hotel projects is another story. It’s hard for me to see how tourist occupancy is going to work out with too many rooms and not enough well-spending tourists flying in.

Hospitality is going to take a lot longer to recover and a large part of improving   that situation depends on international air travel and other countries opening their borders without restrictions. Who’s going anywhere if the first two weeks of your trip is spent in quarantine? Most locals believe it will take up to a year to get back to the tourist levels of 2019.

Yet there is a palpable air of relief around town as more locals start hitting the restaurants and riverside pubs, particularly now that we’re into the high summer and the night air is the only place to be. Lots of laughter and no shortage of money for food and drinks. Thankfully the beaches are mostly in full swing again and it reflects the uneven fortunes and patronage when a lot of locals are munching fish in Vietnamese places but the foreigner-style joints seem deserted without the international tourists spending up big.

In some ways, I have a slightly guilty pleasure in enjoying the relative peacefulness when there’s no crowd. Maybe social distancing has been more a part of how I prefer to live than I suspected.

The kids are delighted to be back at school and playing with their friends again. The sound of children laughing is as reassuring to me as the sound of rain – a sign of normalcy. It’s getting tough, however, as many students are now having to study over six days (probably not including those notorious ‘evening exam prep’ classes). At least it’s safer now around the school gates as only half the students turn up at any one time with fewer parents jostling for parking space and cutting across the traffic.

Good news for English teachers! The ads for hiring teachers are increasing although how anyone is going to deal with the visa and work permit insanity is anyone’s guess. Whether you like it or not, Vietnam, you’re still going to need the foreigners’ money and skills – making it hard for the foreigners to stay will only contribute to another nation’s prosperity.

One thing I’m sure will happen. The locals will think a bit more carefully about starting businesses that rely on overseas trade, be it tourists, exporting goods or running support businesses.

Still it’s rare for the locals to have just one job and when the work is fairly basic, it’s not so hard to switch from one thing to another. This kind of flexibility in the face of economic woes is one of Vietnams’ greatest strengths and a lesson that perhaps many Western cultures should revisit. I do wonder whether we have become too set in our ways in the West and unwilling to accept change, no matter whether these are lifestyle choices, developing more skills for employment or looking at how to function in big cities.

In ordinary times, we foreigners would probably complain about the prices, the traffic, the noise, and the usual difficulties in living in a foreign culture. But for the moment, perhaps we can just savor the fact that we’re living somewhere that has so far escaped the dramatic and scary experiences of people still in lockdown around the world.

The real lesson is obvious yet easy enough to miss, enjoy the time you have on this planet (and with others) rather than worry too much about the future, that’s still an unfolding saga.

So now it’s time to get out of bed, switch off Netflix and deal with the world again. Pretty soon we’ll all be racing around the places like the Vietnamese – and for once, that’s not a bad thing!