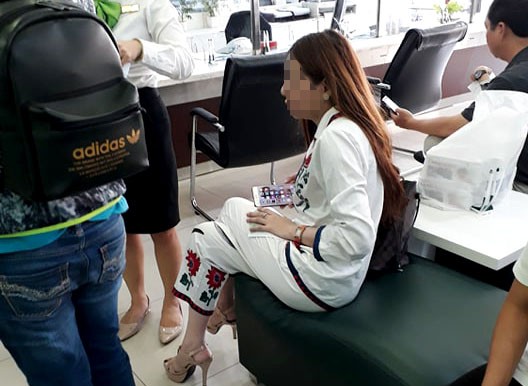 This collection of little gems comes from exchanges with expats and tourists over the years – here in Vietnam, abroad at overseas living conferences and meetings, and, best of all for candid input, coffee shops and ‘belly up to the bar sessions’ in various places around the world.

Conference attendees for the most part have never visited Vietnam, so their views are distant and often skewed, with eyes glossed over and wide open like saucers as reality is revealed.

Do they use money in Vietnam or is there some type of bartering system?

Seasoned veterans see that question as absurd, but to the uninitiated it’s a query worthy of clarification. Vietnam is often perceived by those from developed countries as a distant and eccentric country, while reality is it would be a struggle to find more business-oriented people anywhere in the world.

I think: You could walk around with a bunch of radishes and try it out.

Do you eat Vietnamese food?

Oddly, some foreigners are reluctant to try local food – I have no idea why, as it’s absolutely scrumptious from start to finish. Just make sure it’s completely dead before eating should you be squeamish in this regard, for much of the seafood is so fresh it may be doing somersaults on the grill right at your table.

I reply: “Yes, the food is delicious and fresh, with enough dishes in the Vietnamese culinary arsenal to choke a horse.”

I think: Carry a pocket-sized hammer just in case anything on your plate is still squirming around. Whack!

Tip: Bring something to sooth your stomach, it’s neither the food nor preparation methods, rather the non-potable water used to wash ingredients in.

This one seems a bit bizarre, but I swear it’s among the most common concerns I’ve ever fielded about Vietnam, usually coming from foreigners languishing in the McCarthy era, hung over from the last millennium:

I reply: “I haven’t the faintest clue, the secret police are very subtle, that’s the whole idea.”

I think: They’re probably some of my dearest friends who wanted to check me out, then fell for my charm and wit. Anyway, who cares? My life is uneventful, I’m flattered anyone is curious about it.

Except for shady shop vendors in touristy areas, one of whom tried to shaft me three times during the same transaction, and crooked cab drivers in the big cities, you couldn’t find warmer, more honest people anywhere.

Admittedly, locals keep an eye on us and I don’t blame them in the least, but the overall sense of decency puts Vietnam right at the top of the list of the best places I’ve lived in.

I reply: “Find a local of your gender, give them a smile, handshake, and have a chat or pantomime session supported by Google translations. They’ll probably invite you home for lunchie.”

I think: Why would they hate us? They’ve won all the wars.

Why do people walk around the streets in their pyjamas?

I don’t know why this one is such a big deal with some foreigners – just look at it from a practical standpoint.

Elderly people and busy homemakers can’t be bothered putting on a tuxedo or their best Sunday dress to take a stroll around the block or hit the corner store, so they’re cut some slack in Vietnam.

I reply: “They don’t think it’s worth getting dressed to go buy onions.”

I think: If we did that in our countries people would think we escaped from a sanatorium and would have us arrested.

Why do most couples prefer sons to daughters?

Truth is normally I wouldn’t touch this one with a ten-foot pole.

I think: It’s a myth, there are actually a few hundred thousand more women in Vietnam than men.

Why don’t people usually eat with a knife and fork?

Foreigners often prefer impressively large slabs of meat, so big that we need a bush machete to hack through them. I’m more of a ‘bo luc lac’ (a popular local bite-sized beef dish) kind of guy, preferring to dig right in.

I reply: “Food stays warm longer in bowls, so people in these parts prefer them, using chopsticks, and often a fork and spoon.”

I think: They’ve been using some form of chopsticks and spoons for a few thousand years. Anyway, why the hell engage in dangerous armed combat with my food?

Why is the poultry live in cages in the local wet market?

In developed lands a chicken running around the yard is one thing, while that gaunt, pale, skinless hunk of flesh in the supermarket is quite another, with the twain never meeting.

As a result, many don’t see live animals except in zoos, never mind capturing and strangling them before hacking them to bits:

I reply: “Because people demand freshness in food here.”

I think: Did you think they came from some huge chicken factory, where they grow up wrapped in cellophane?

Why do men usually sing neighbourhood karaoke so horridly?

In our home countries we often disguise the objective of gatherings where alcohol is served, making it seem that getting hammered out of our brains is an unintended by-product of the festivities.

Not around here, where the sole purpose of such gatherings is to attain - at the minimum - some degree of inebriation:

I reply: “Women only get slightly tipsy at these sessions, so their singing remains lucid and on pitch.”

I think: The men are usually three sheets to the wind, so their chants and yodels are even worse than when they’re sober.

Why do all Vietnamese seem to be married with children?

This one makes me want to holler and throw up both my hands.

Just because marriage is an obsolete institution for many in our countries doesn’t mean that’s the desired state of affairs for all of humankind.

Vietnamese people are raised to believe that there’s a partner out there for everyone, the other half of their orange, so to speak.

I reply: “The Vietnamese are traditional, believing in the family unit.”

And, finally, I can’t resist dragging this old pony out of the barn just one more time and giving her a ride around:

This particular question always strikes a nerve with me because it’s commonly asked by people from countries where homelessness is rampant, human beings often treat each other like rubbish, whilst household pets are accorded a royal standard of living.

It’s true that some Vietnamese eat dog meat, but most dogs in Vietnam are cherished and beloved members of the family. It’s not as if people habitually say:

I reply: “Those are old regional habits throughout Asia, mostly from days of poverty.”

And there you have it, a few questions from a foreigner’s perspective about Vietnam and why people do what they do here.

Readers, should you have any response to this article, please do not hesitate to send it to ttn@tuoitre.com.vn.