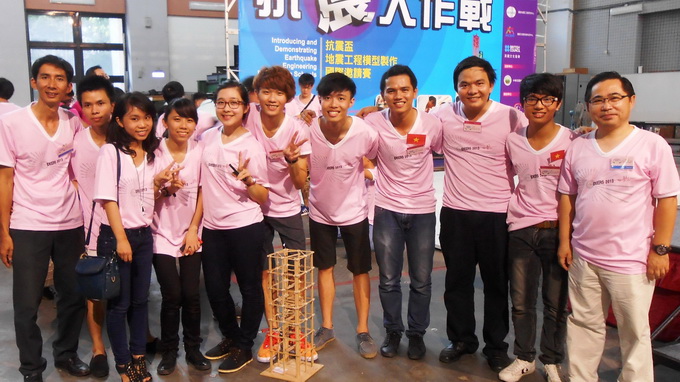 Vietnam has made it into the top three at an earthquake engineering competition, held in Taiwan earlier this month.

IDEERS was organized from September 14 to 15 by Taiwan’s National Center for Research on Earthquake Engineering, the British Council in Taipei, and the UK's University of Bristol.

Duy Tan students finished in third place with a house model made up of wooden bars and sticks, glue, and rubber bands.

The competition was attended by 99 teams from many countries. The Vietnamese team defeated rivals from reputable universities like the National University of Singapore, the Republic of Korea’s Pusan National University, China’s Shantou University before grabbing the third prize.