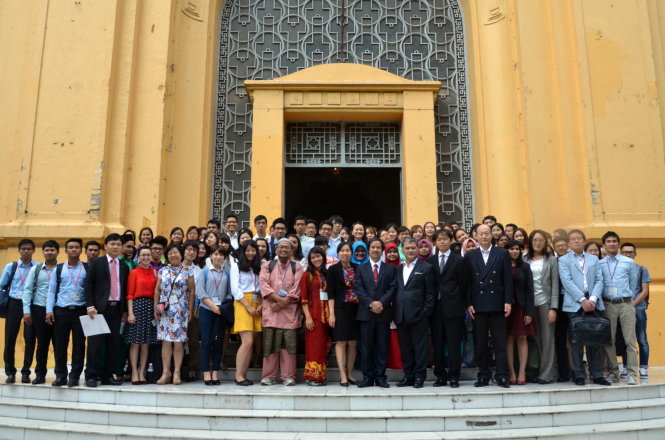 The 2015 Asian Students Environment Platform (ASEP) kicked off at the Vietnam National University-Hanoi on Monday.

The event, taking place from August 3 to 9, gathers 72 college and graduate students from reputable universities in six countries in East Asia and Southeast Asia, including Japan, China, South Korea, Malaysia, Cambodia and Vietnam.

Run under the topic “The Diversity of Creatures and Humans,” the platform focuses on the dependent relationship between diversity conservation and socio-economic development toward sustainability.

It aims at training future environmental human resources who are able to do research as well as have a global perspective on environmental issues and climate change.

Held annually since 2012 by the Japan–based AEON Environmental Foundation, the platform aims at educating those involved in environmental activities.

This year it is jointly held by the foundation, the Vietnam National University-Hanoi and Japan’s Waseda University.

According to the organizers, the ASEP will be organized on the basis of a ten-year plan with a view to promoting biodiversity and developing personnel with a global perspective who will be active in environmental fields.

It is intended to offer chances to students from around Asia to gather at the forum and exchange opinions on global perspectives on biodiversity while learning about the differences between the natural environments, history, culture and senses of value of their respective countries.