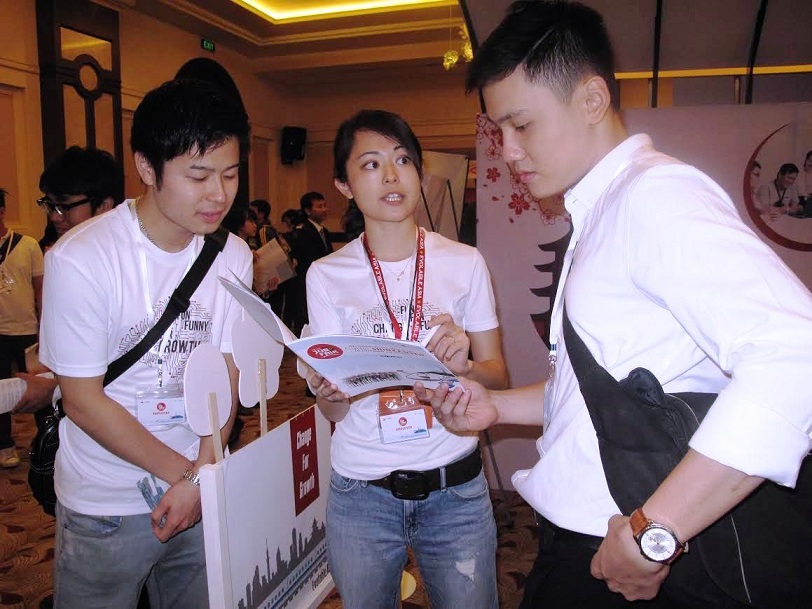 More than 1,000 Vietnamese youths participated in a recruitment event for Japanese-speaking personnel in Ho Chi Minh City over the weekend.

The participants, selected from 5,000 applicants, were invited to the JapanWorks Job Fair 2016, which was jointly organized by two prominent recruitment sites VietnamWorks and JapanWorks, in the southern city on Saturday last week.

A total of 16 companies, including Japanese firms and other businesses that have frequent contracts with Japanese partners, partook in the job fair this year.

During the event, the candidates were given an opportunity to interact with employers at recruitment booths and on-the-spot interviews.

“This year, we recognized a constant rise in demand in the Japanese recruitment market with more than 50,000 Japanese-speaking professionals and over 700 new jobs posted on VietnamWorks.com every month,” Gaku Echizenya, CEO of VietnamWorks, spoke at the event.

The JapanWorks Job Fair was first organized in both Ho Chi Minh City and Hanoi last year, which was attended by 26 leading Japanese companies and more than 6,000 Japanese-speaking professionals across Vietnam.

Among over 5,000 registrations this year, many candidates showcased proficient Japanese language levels.

The JapanWorks Job Fair 2016 is also scheduled to take place in Hanoi on December 10.