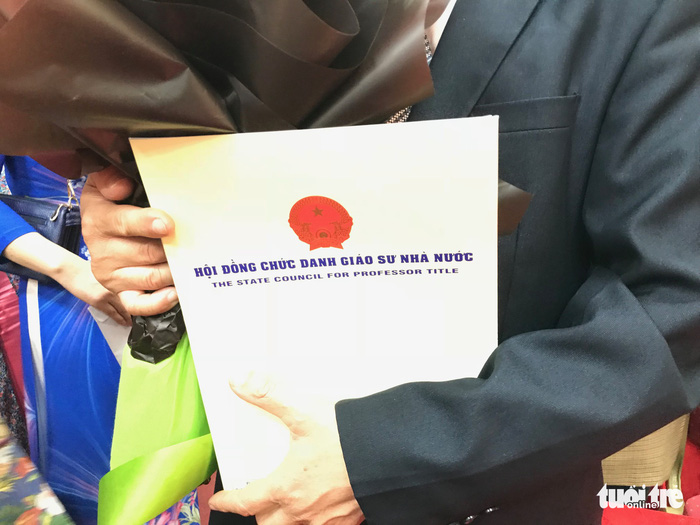 A government council responsible for conferring professorship in Vietnam has required that an official report on the case involving one of its members, who has been accused of plagiarism, to be made in the wake of media reports of the putative wrongdoing.

The linguistics council is supposed to clarify any information related to Ton’s supposedly improper practice and make informed conclusions on the suspected academic dishonesty.

“The case must be resolved in accordance with right procedures, as it may damage personal reputation,” a member of the State Council for Professor Title of Vietnam said.

“The State Council for Professor Title of Vietnam makes no cover-up but remains cautious.

“We don’t rely on public opinion to handle the case, but ground our conclusion on expert analysis and assessment.”

The decision followed local news reports in which linguists in Vietnam pointed out some signs of plagiarism in several works of Ton, who is a member of the linguistics council and the director of Vietnam’s Institute of Linguistics.

Tran Ngoc Them, a renowned professor serving as the council’s director, told Tuoi Tre (Youth) newspaper that one of Ton’s books has five chapters smacking of plagiarism, with the first chapter ‘resembling’ a section of a research student’s doctoral thesis.

The other ones are virtually the same as portions of two undergraduates’ dissertations, one of them under his supervision, Them clarified.

He also said that the contents in three or four pages from his book, which has been reprinted multiple times, were copied by Ton, who subsequently put them in another book.

The stealing was carried out in a “both subtle and flagrant” fashion, Them said.

“It’s unacceptable that Ton made plagiarisms in his published book at the time when he was already a professor,” Them said, adding that Ton even appropriated a UNESCO definition of culture without acknowledging the source.

Ton’s applications for a professorship in 2002 and 2006 were twice eliminated due to plagiarism, and only received the title three years later, when the Council for Linguistics Professor Title’s board had new members.