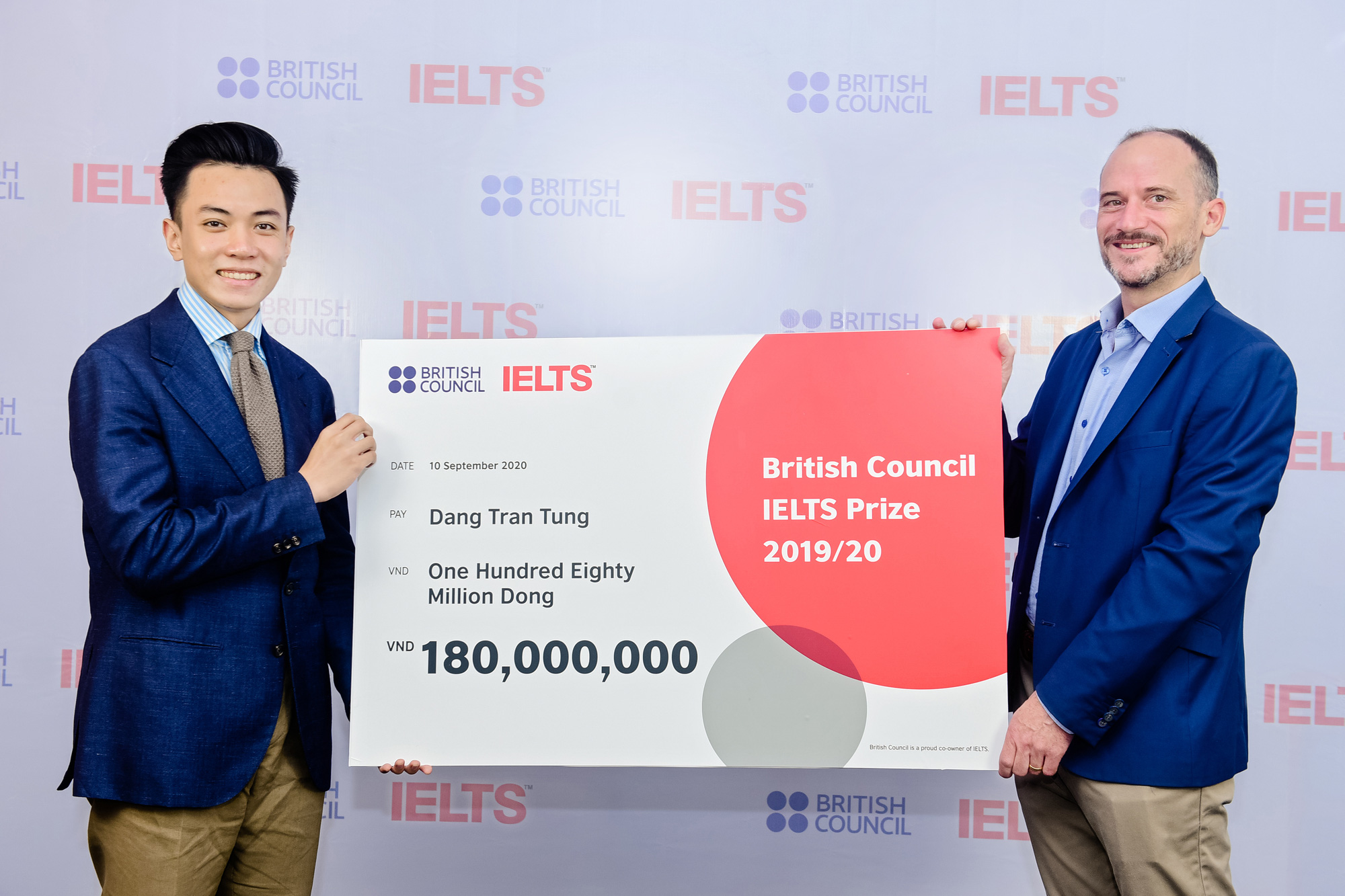 Three Vietnamese were named winners of this year’s IELTS Prize awarded by the British Council on Tuesday.

The IELTS Prize is awarded to young talented individuals pursuing an undergraduate or postgraduate degree at a tertiary institution that requires IELTS as part of its admission criteria around the world.

Since its launch in 2011, IELTS Prize has supported more than 270 East Asian students in pursuing their dreams of studying overseas.

This year, the prize giver welcomed over a thousand applications and granted interviews to more than one hundred exceptional individuals across the region.

Dang Tran Tung, 27, who got an overall score of 9.0 in all four recent IELTS tests he took, including both the paper-based and computer-delivered formats, outdid other outstanding candidates to become the first-prize winner.

He is currently the only Vietnamese to have achieved the maximum IELTS score four times.

With the scholarship, he will pursue a master’s degree in teaching at Curtin University in Australia next year.

“I have devoted myself to studying, teaching, and working with IELTS during the past four years. IELTS has basically become a part of my life,” Tung shared.

Huynh Anh Tuan, the third-prize winner, will enroll in a bachelor of commerce in business information systems at the University of Sydney in Australia.

The IELTS Prize recognizes students who have excellent academic achievements while maintaining a strong aspiration to contribute their knowledge to society after graduation, said Steve Adams, director of examinations for the British Council in East Asia.

The British Council is the UK’s international organization for educational and cultural opportunities.