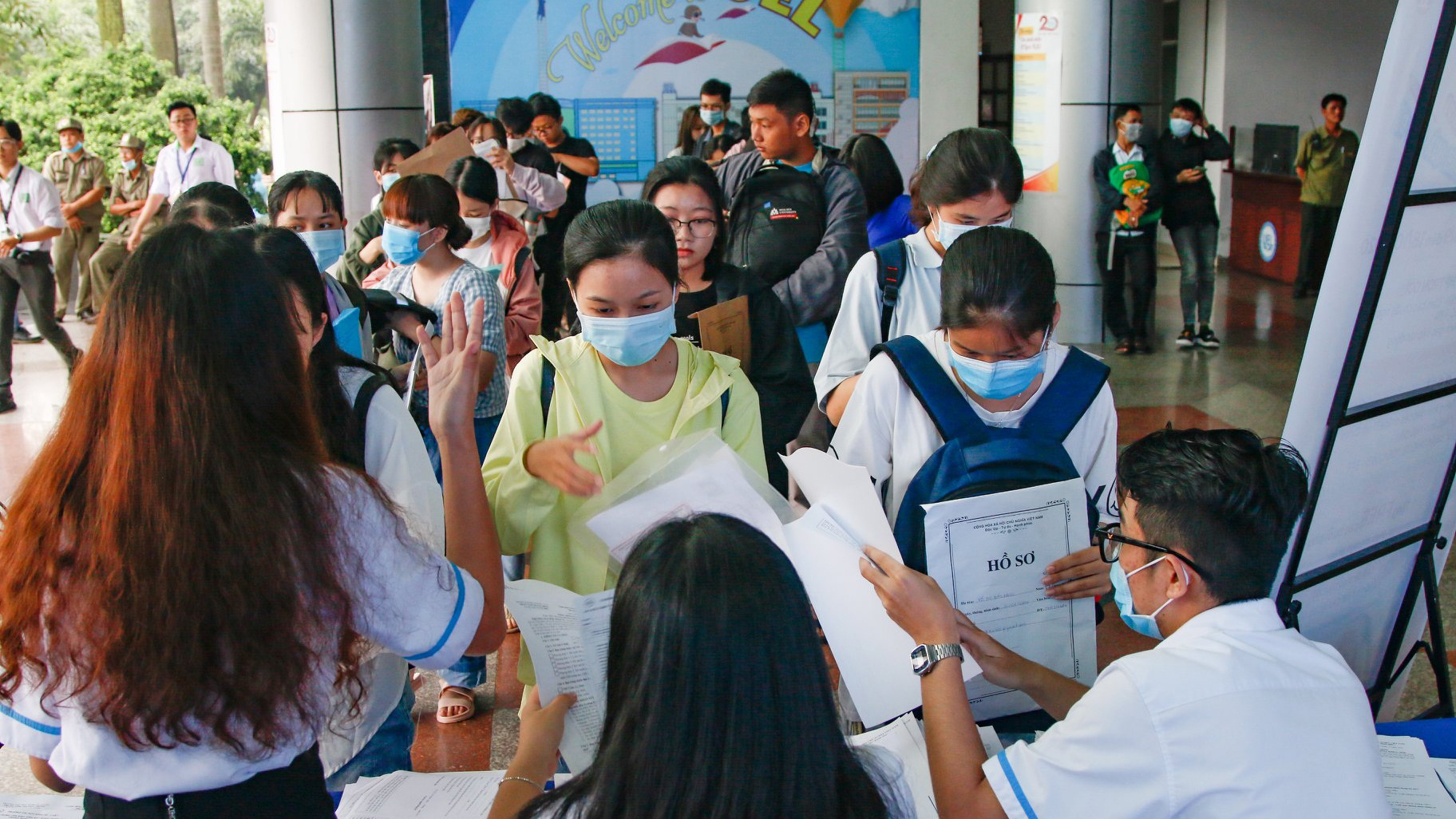 There is a controversy about foreign language certification in Vietnam, while domestic universities only accept international certificates.

Regarding the issuance of foreign language certificates, the Ministry of Education and Training released a circular on the 6-level Foreign Language Proficiency Framework in Vietnam from January 2014.

The framework is theoretically a common standard that all education systems in the country rely on to set the requirements for the various foreign languages taught in schools. It is also a set of criteria that educational institutions use to test and verify the foreign language skills of students.

In recent years, certificates issued under the 6-level Foreign Language Proficiency Framework (FLPF) have been "ignored" in admissions tests at almost all Vietnamese universities.

For many years, Vietnam has had an exemption from foreign language testing in high school graduation exams for some exceptional cases. In this case, a student who is exempt from the exam is deducted ten points in the foreign language exam.

This priority applies to members of the national Olympic teams for foreign languages and to examinees with qualified foreign language certificates that are still valid until the examination date and have the required minimum grade.

As for English, students who have one of the international certificates, such as IELTS or TOEFL, are exempted from taking the English exam as part of the baccalaureate examination, while FLPFs are not accepted in the same way.

The same is true for the university entrance exam, where only international certificates are given preference, without FLPFs being considered.

At the same time, FLPFs are still accepted in other tests related to recruitment and appointment. In these cases, domestic foreign language certificates are also required for both entrance and final examinations.

There are some universities that consider English certificates as a key factor in the combined admission examination.

At Ho Chi Minh City Medical University, applicants with an IELTS of at least 6.0 can apply for the combined admissions tests for medicine, dentistry, pharmacology, etc.

At Ho Chi Minh City University of Economics, the IELTS 6.0 certificate has become one of the standards by which the quality of study and student outcomes can be judged.

In addition to assessing learning outcomes and morale, many educational institutions require foreign language certificates as the main criterion for admission. Both the University of Social Sciences and Humanities and the University of Economics and Law (under the National University of Vietnam in Ho Chi Minh City) also consider international English certificates in the admission process.

Ho Chi Minh City Open University has cooperated with many other foreign universities in education, so it is convenient for students who want to continue their studies abroad to have international certificates, Ha said.

"Vietnam's 6-level foreign language proficiency framework was not extremely popular. The fact that it has not been recognized by other countries makes it less attractive to students. For this reason, it is understandable that students choose the international framework," the rector said.

Bui Hoang Thang, head of the education department at Ho Chi Minh City University of Technology, said his institution is willing to accept Vietnamese foreign language certificates. In fact, however, there are very few, if any, applicants who have such certificates, so it would be abnormal to list them as one of the requirements for the entrance exam.

Pham Thai Son, head of the Ho Chi Minh City University Food Industry Admissions Department, expressed concerns about the quality of domestic certificates that have been used for several years.

Although the examination process and tests are fine, the way they are evaluated and assessed leads many people to lack confidence in the certificates, Thai Son said.

At the same time, international certificates, which have dozens of years of experience in testing and organization, can provide an accurate assessment of test takers' abilities in a foreign language.

In addition, holders of international foreign language certificates can use them in various situations outside the academic environment.

According to Nguyen Trung Nhan, head of the Education Department of Ho Chi Minh City Industrial University, most parents nowadays choose to enroll their children in the university to obtain international foreign language certificates.

The reason, of course, is the popularity and worldwide acceptance of these certificates. However, domestic certificates are not the same.

"We did not accept the Vietnamese level 6 certificates last year and we are considering whether to accept them in this year's entrance exam," said Nguyen Trung Nhan.