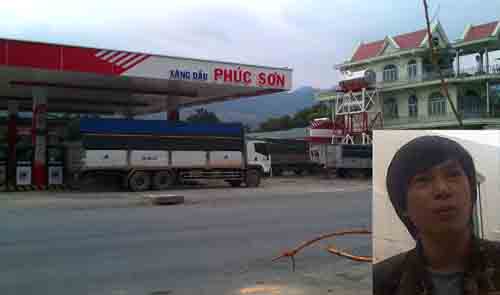 In Vietnam, bribery another burden for already overloaded trucks

Many mobile weighbridges deployed on Vietnamese national highways by the Ministry of Transport are practically useless after less than two months of operation due to corrupt acts by the transport officials who manage the machines.

With the initial target of eliminating overloaded trucks on roads to return transport costs to their genuine value, mobile weighbridges may not only fail to help the cause, but actually force transportations costs to rise.

Now, besides paying bribes to corrupt traffic police, drivers of overloaded trucks have one more burden to bear: bribing the corrupt transport officials who work at the weighbridges.

After over 20 days of undercover observation, Tuoi Tre reporters discovered suspicious activities involving intermediaries and transport officials at mobile weighbridges La Nga in the southern province of Dong Nai and Da Huoai in Lam Dong Province in the central region.

At Da Huoai on National Highway 20, an overloaded truck had to pay a bribe ranging from VND500,000 (US$24) to VND1 million ($48) to pass over a weighbridge without being fined.

All bribes were not directly paid by drivers to operators of the weighbridge, but instead to intermediaries who included owners of local fuel stations.

Petrol station Phuc Son near the Da Huoai weighbridge consistently had over ten overloaded trucks parked at it to reload on fuel and to pay an ‘overload cost’.

On May 10, a driver named Nhon drove his truck carrying almost 50 tons of construction materials from Bao Loc of Lam Dong to Ba Ria-Vung Tau Province in southern Vietnam. His truck was allowed to carry no more than 20 tons of cargo.

Nhon gave Hoang the registered number of his truck, which was forwarded to transport officials at the weighbridge.

Soon after, Nhon went through the ‘overload check gate’ with a surplus of almost 30 tons of cargo.

At 8:00 pm on April 24, the Tuoi Tre journalists followed three overloaded trucks. Each of them carried 45 tons of cargo despite the allowance of no more than 20 tons.

Drivers called Hoang to inform him of their trucks’ status, and Hoang advised them to give him their trucks’ numbers via text message.

“Upon confirmation, I will call you to go through,” Hoang told a driver.

Ten minutes later, the drivers were allowed to go on a different lane while other trucks had to queue up to drive in the lane containing the weighbridge.

About to cross the weighbridge, the drivers dropped in at the Phuc Son fuel station to pay Hoang the ‘overload cost’.

An invoice from the Phuc Son fuel station given to a driver clearly noted ‘a million dong for overload cost and VND860,000 for fuel’. The invoice was stamped with the red seal of the filling station.

On the nights of April 23, 24, and 26, Tuoi Tre witnessed a total of over 100 overloaded trucks dropping in at Phuc Son to wait for ‘signals’ to cross the weighbridge or to pay the ‘overload cost’ to Hoang.

The trucks were parked in bumper-to-bumper lines from the fuel station to Da Huoai Cathedral two kilometers away.

Besides Phuc Son, other fuel stations such as Hong Diep in Loc Chau Commune of Lam Dong's Bao Loc City have offered the ‘intermediary service’.

Men living nearby or those who have connections to transport officials have had the chance to work as such intermediaries so far.

Hue, 50, from Ha Lam Commune of Da Huoai District, is one of the most influential intermediaries there.

She has never actually gone to work and only receives the ‘overload cost’ via her staff.

Not only does she ‘sell tickets’ for overloaded trucks to go over weighbridges, she also helps the trucks carrying no less than 40 tons of cargo each to cross the local La Nga Bridge, despite the fact that it can sustain a maximum loading capacity of only 23 tons.

A driver operating a truck with a gross weight of 53 tons recalled a ‘tip’ given by the intermediary Hue: “Give me 4 million dong, you can cross La Nga Bridge. You just have to speed to cross it when the lights on the bridge are turned down suddenly.”