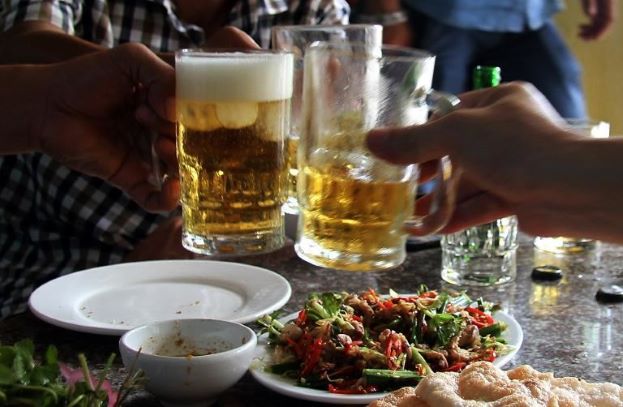 HANOI, July 28 - The enduring popularity of "little tiger" as a snack to accompany a beer in Vietnam means that cat owners live in constant fear of animal snatchers, despite an official ban. At an unassuming restaurant next to a carwash in central Hanoi, a cat is prepared for hungry clients: drowned, shaved and burned to remove all fur before being cut up and fried with garlic. "A lot of people eat cat meat. It's a novelty. They want to try it," said the establishment's manager To Van Dung, 35. Vietnam has forbidden the consumption of cats in an effort to encourage their ownership and keep the capital's rat population under control. But there are still dozens of restaurants serving cat in Hanoi and it is rare to see felines roaming the streets -- most pet-owners keep them indoors or tied up out of fear of cat thieves. Such is the demand from restaurants that cats are sometimes smuggled across the border from Thailand and Laos. Dung said that he had never had problems with the law. He buys his cats from local breeders but also so-called cat traders, with few checks on their sourcing. "Little tiger" is typically enjoyed at the start of each lunar month, unlike dog meat which is eaten at the end. On a busy day, the restaurant can serve around 100 clients. "I know in the United States and Britain they don't eat cat. But here we do," Nguyen Dinh Tue, 44, said as he chewed on a piece of fried cat meat. "I don't kill the cat! But this place sells it so I like to eat it," he added.'We ate everything' Vietnam's penchant for eating animals that are considered pets in many other countries came about largely as a result of circumstance, said Hoang Ngoc Bau, one of Hanoi's few trained vets. "The country was once very poor, and we had a long war. We ate everything we could to stay alive," he told AFP. "Insects, dogs, cats, even rats... It became a habit." Bau decided to become a vet after his pet dog saved him from a poisonous snake when he was a child. "From that time, I had a debt to dogs," the 63-year-old said. Dramatic changes to society and cultural attitudes in recent decades mean that a growing number of Vietnamese now share his love of animals. But old eating habits die hard and pet owners have a battle on their hands to protect their furry companions from the dinner pot. "No one is breeding dogs and cats for slaughter. So nearly all the animals in restaurants are trapped and stolen," Bau said. "For me and other pet lovers in Vietnam, they're our best friend," added the vet. Yet some people manage to reconcile society's dual affection for cats. Le Ngoc Thien, the chef at one Hanoi cat meat restaurant, keeps a cat as a pet -- but when it is big enough he will cook it and get a new kitten to repeat the cycle. "When my cats become old we kill them because according to our tradition when a cat gets old we need to change it and get a younger one," he said. "When I first started working here, I was surprised so many people ate cat. But now, fine, they like it," he said, adding that demand appeared to be increasing each year. "Eating cat meat is better than eating dog as the meat is more sweet, more tender than a dog," Thien said. A cat sells for between $50 and $70 depending on how large it is and how it is prepared. Many pet owners get fed up of the risks of letting their cats go outside. Phuong Thanh Thuy owns a Hanoi restaurant and has cats to keep rats in check, but she has had to replace them regularly. "My family is sad because we spend a lot of time and energy raising our cats. When we lose a cat we feel pain," she said as a newly purchased batch of kittens played at her feet.