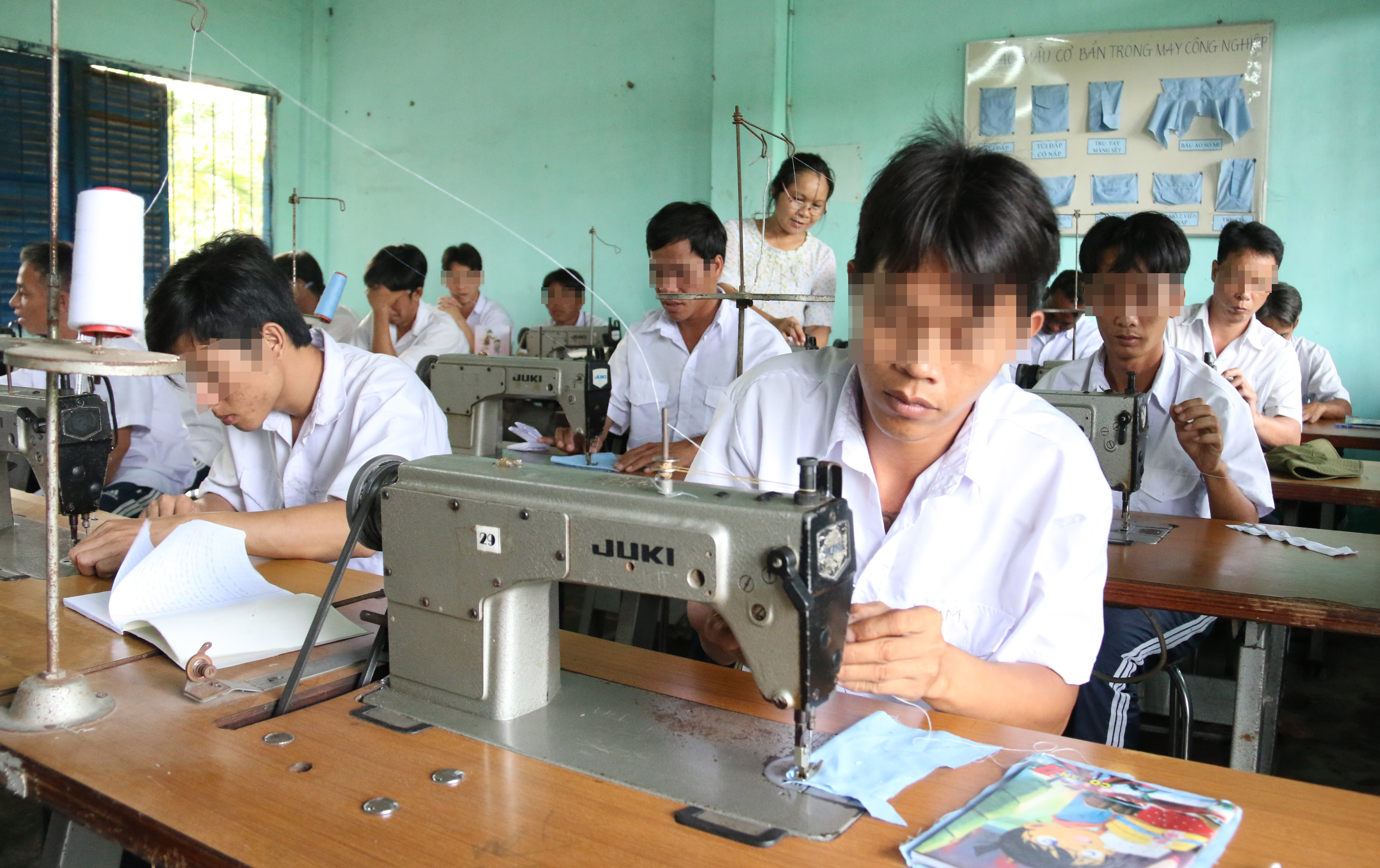 “I feel that I have confidence in my life and a good future after completely kicking the habit of using drugs,” Bui Cong Soan said at a meeting this month to review drug detoxification work in northern Vietnam.

His ‘freedom’ after eight years of depending on drugs was the result of the Vietnamese-made herbal medicine Cedemex, produced by the Hanoi-based Critical Diseases Research and Treatment Institute (RADINER) and already approved for test use from 2013 to 2015.

Late last year, Prime Minister Nguyen Tan Dung green-lighted a plan to step up the research, production, and supply of Cedemex as a medicine to halt the craving for drugs.

“I tried to wean myself off drugs several times but failed,” Soan said on December 23 at the meeting in Hung Yen Province. “In October last year, I began detoxifying myself with Cedemex and was not addicted anymore after six months of taking it daily.”

“After quitting drugs and taking Cedemex for the first five days, I was not brutalized with pain in my bones anymore,” he added.

However, he stressed that the most important and decisive factor to wean oneself off drugs is strong will and determination.

Love and encouragement from family also play a vital role, he said.

This means Cedemex is completely different from Methadone, a medicine used as a substitute drug without causing addiction.

Cedemex is produced from 17 different kinds of herbs in Vietnam.

After clinically testing the safety and effectiveness on 200 voluntary drug users in northern provinces in 2004, Cedemex was evaluated by the State Scientific Council as being safe and effective.

Last year, Cedemex was used in another test plan on 50 drug users in Hung Yen Province. Five dropped out of the test halfway.

After taking the medicine daily for six months and one year of rehabilitation, 17 out of the 45 drug users tested negative for addiction, accounting for about 38 percent.

“The rate is considered a success,” said Le Huu Thuan, director of the Hung Yen Department of Labor, War Invalids, and Social Affairs.

On average, it costs a drug user VND20 million (US$961) for six months’ worth of Cedemex.

However, the success of detoxification still depends on social matters such as employment, vocational training, and income to prevent drug users from relapsing into addiction, Thuan noted.

Another northern province, Thai Nguyen, has gained success after testing with Cedemex and is looking for wider application in the community, according to Duong Ngoc Khai – head of the provincial department for the prevention of social evils.

Of the 182 drug addicts in Thai Nguyen taking Cedemex daily for the entire six months, 130 were weaned off drugs, a success rate of 71 percent.

Vietnam has signed an agreement with Cambodia to sponsor the neighboring nation’s use of Cedemex for treating their addicts.