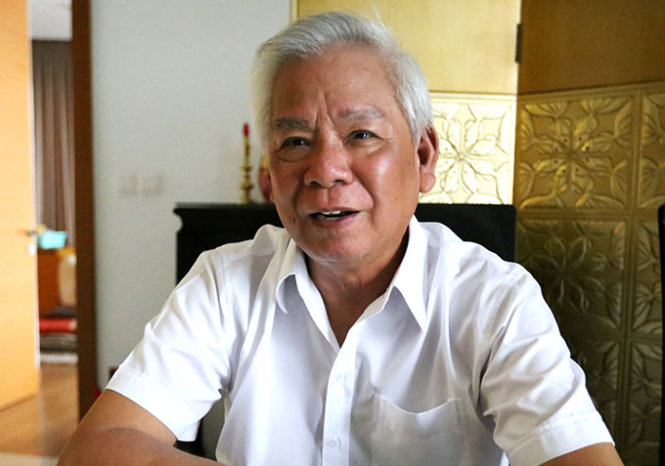 Vietnam sold over 40 metric tons of gold, including 16 metric tons inheritied from the U.S.-backed Saigon regime after the country was reunified in 1975, during the period of malnutrition in the late 1970s and 1980s to buy rice and solve other urgent issues.

Lu Minh Chau, former governor of the State Bank of Vietnam, confirmed it on recalling the time of difficulties.

Under strict embargoes by the U.S., Vietnam had to use the channel of the former Union of Soviet Socialist Republics (USSR) to sell the amount of gold.

“The remaining amount of the 40 metric tons followed.

“Vietnam gained over US$500 million from the sales,” according to what was said by Nguyen Van De, former general director of Vietcombank, which was recorded in the history of the bank.

De added that Vietnam was in desperate need of foreign currencies for paying international debts and purchasing food and materials from other countries, especially when domestic production failed to meet demand.

But the sale of gold was not simple because the 16 metric tons was sourced from the pro-U.S. regime and the remaining volume was then domestically made and thus failed to meet any international standard.

The USSR agreed to help Vietnam re-process gold and cast it under Russian standards.

“The USSR was friendly and willing to help Vietnam.

“I had regular flights to the USSR with Nếp Mới wine bottles from Vietnam, commonly called Vietnamese vodka, as simple gifts.

“The transport of gold was carried out with civil flights of the Aeroflot airline,” De recalled.

Armored vehicles were sent to the airport in the USSR to carry the gold, De said.

The situation was so grave that Vietnam had to borrow $100 million from the USSR and deposit the 40 metric tons of gold as a guarantee.

The procedures for borrowing the money were completed in March 1980.

After processing the gold and selling it, Vietnam paid back the sum.

In late 1987, Vietnam began removing check points across the nation to facilitate free circulation of goods.

In addition, the country had to use gold as trading standards in the national economy to pull down the skyrocketing inflation of 780 percent in 1986 to 67 percent in 1990.

“In the late 1980s, inflation in Vietnam could be even higher than the announced number of 780 percent,” Doan Duy Thanh, former Deputy Prime Minister, admitted.

He mentioned the fact to explain why Vietnam had to import gold to make it trading standards for the economy, after selling over 40 metric tons in the USSR.

The first batch of 15 metric tons of gold was imported into Vietnam from Hong Kong. In Ho Chi Minh City, enterprises lined up to buy gold to protect their assets. The state earned good profit to add to its budget.

Officials from Ho Chi Minh City and other localities flew to Hanoi to ask for quotas, a kind of permission from the central government, for each province to import gold.

“Then, Hanoi asked for permission to import 10 metric tons of gold but it took six months to complete procedures and import the first batch of 900kg,” Thanh recollected.

Until April 1990, Vietnam had imported a total of 160 metric tons of gold, bringing in a good input for the state coffers and lowering inflation rates.

Positive achievements were made after check points were lifted for free circulation of goods and deflating the movement of compulsory collective ownership then.

In 1989, rice fields, tractors, and other assets were returned to farm owners.

One year earlier, Vietnam still suffered a shortage of 500,000 metric tons of food but it produced enough rice for export the following year.

In 1988, the government was planning to sell 200,000 oil barrels for buying food. In 1989, the revenue of rice export was used for importing fertilizers, machines, and other necessities.

In 1988, policemen and army soldiers had to carry guns to each household to force farmers to sell rice to the state at a fixed price much lower than market rates.

In 1989, farmers voluntarily carried rice to state warehouses for sale since the prices already matched the market rates then.