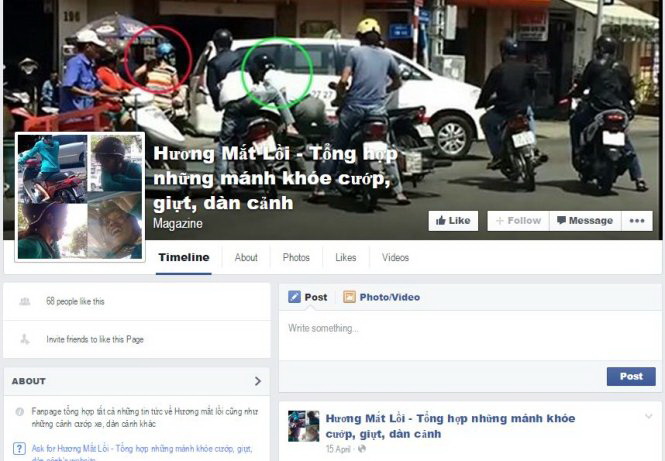 Cyber bullying, which is on the worrying rise in Vietnam, has left permanent psychological scars on the victims and, under extreme circumstances, it has driven them to their breaking point, or even suicide.

The virtual bullying by mouse clicks, shares and likes on social networks generally does not inflict evident physical damage on the bullied.

However, its devastating power is psychologically sinister, as it can plunge its victims into despair, depression or even topping themselves.

Like in many other countries, the grip of virtual bullying is increasingly felt in Vietnam.

The guy, Pham Tan Loc, has been detained and indicted by police in Cam My District of the southern province of Dong Nai for an investigation into charges of “having sexual intercourse with children.”

Loc’s arrest came after N.T.A.T., of the same district, took her own life by gulping down weedkiller at her home on June 17, leading to her death three days later, police officers said.

Before committing suicide, T. told her family and friends that she was distressed as a clip showing her and Loc making love had been posted on Facebook.

The video went viral, even while T.’s funeral was taking place.

Police have confirmed the existence of a sex clip featuring Loc and the underage girl, and they are investigating to clarify whether Loc uploaded the video, which was filmed at a hotel.

Many believed that the dizzying sharing of the clip, and thousands of vicious comments, likes and shares that ensued partly prompted the minor to kill herself.

Youngsters are seen surfing the Internet at a shop in Ho Chi Minh City in this Tuoi Tre file photo.

A woman identified only as L., who lives in the northern province of Hai Duong, recently sought help from local authorities after her ex-boyfriend uploaded the photos capturing their intimate moments to social networks and posted menaces against her breaking up with him.

A middle school teacher in the northern province of Thai Nguyen once had her right to her Facebook account stolen by a man.

That man then posted the photos featuring her sex scenes onto her own Facebook page.

The photos captured the attention of her shocked students and their parents the same evening they went viral, and their spread soon spiraled out of control.

The teacher then became the target for influxes of spiteful comments from both students and parents, plunging her life into utter misery and irremediable loss of reputation and dignity.

The Vietnamese Facebook user community is also crawling with groups who publicly defame ordinary women and celebrities said to “steal” others’ husbands.

Such groups, based in different provinces, publicize photos, full names and addresses of the accused women.

The accused women are in for relentless insults from their accusers as well as hurtful comments from other Facebook users, though it is almost impossible to verify the accusations.

The group members may entirely perform the bullying for their own revenge.

Many young girls have also had their photos posted online, and they immediately fall victim to storms of ill-meaning, sexually explicit comments.

How to cope with cyber bullying

The country’s ranking rose from the world’s top 11 in terms of Facebook users last year to the top five this year.

Each Vietnamese person spends a daily average of 2.5 hours on Facebook, with 75 percent aged between 18 and 34.

With such a boom and imminent risks of virtual intimidation and torment, users of social networks have received limited guidance on how to behave properly in cyberspace.

Contrary to her expectations of a full-throttle police chase after the racers, all that the police officers did was disperse crowds of young people who were cheering spectators.

Police explained that without the spectators, the racers would automatically lose their interest and soon disperse themselves.

A Tuoi Tre illustrative cartoon suggests that sex photos and clips are increasingly posted on the Internet.

Local youths, particularly teenage girls, lack counseling and training in how to smoothly end a relationship without hurting their former lovers.

Girls’ parents tend to interfere forcefully in their daughters’ romance, insisting they break up with their men as quickly as possible while schools stand out of the way.

“Parents should nurture in their daughters self-esteem and the willingness to say no to sex. Meanwhile, boys should be taught responsibility and how to rein in their sexual lust,” psychologist Vo Thi Minh Hue told Tuoi Tre.

According to Dr. Huynh Van Thong, dean of the media and publicity faculty under the Ho Chi Minh City University of Social Sciences and Humanities, cyber bullying victims comprise both the credulous, who believe in what is posted on social networks too readily, and the meek, who are unable to cushion themselves against the insidious effects of the cyber crime.

Sociologist Pham Thi Thuy, from the Ho Chi Minh City branch of the National Academy of Public Administration, parents should be good listeners so that their children will confide in them.

They should also provide the kids with early gender education.

Dr. Le Thanh Hai stressed in an interview with Tuoi Tre that parents should have keen eyes for their kids’ abnormal psychological twists, which may result from cyber attacks.

He also urged parents to stay calm and help their kids survive cyber assaults in one piece.

Dr. Hai added one of the simplest ways to tackle cyber bullying is that victims turn a blind eye to the bullies and refuse to feed their hunger.

“The bullying will die out sooner or later if the victims steer clear from it. Turning a blind eye to public opinions is hard, but it is a quite effective option for the bullied to protect themselves,” he elaborated.

Meanwhile, Vuong Van Nghia, a judge at the Ho Chi Minh City People’s Court, using social networks to intrude on others’ life or defame them is punishable by administrative fines or criminal penalties depending on how serious the offences are.

Those using sensitive photos or sex clips to intimidate victims into giving them money will be charged with asset theft.

According to Article 135 of the Penal Code, such offenders shall face jail terms of one to five years, or up to 20 years in severe cases.

In recent times, the Ho Chi Minh City court and its counterparts in other cities and provinces have convicted many such offenders.

Those posting sensitive content to insult or take revenge on their victims will be charged with humiliating others, which will be penalized by admonition or imprisonment of up to two years.

Judge Nghia urged that in cases when the defamatory act has led to victims’ suicide, the perpetrators should be penalized for intimidating victims into their death based on Article 100 of the Penal Code.