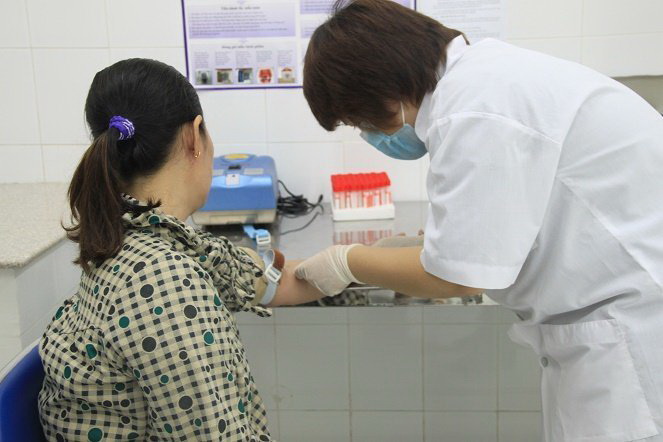 People living with HIV/AIDS in Vietnam are struggling to afford life-saving antiretroviral (ARV) drugs as a result of dwindling foreign aid.

Foreign aid for Vietnam’s HIV/AIDS Prevention and Treatment Programs has been cut back sharply over the past few years, which has impacted those affected by the disease.

According to Tieu Thi Thu Van, director of the Ho Chi Minh City HIV/AIDS Prevention Center, foreign grants toward the city’s effort to curb the spread of the disease went from VND44.5 billion (US$ 1.93 million) to nearly VND179 billion ($7.79 million) between 2006 and 2010.

However, the financial support has plummeted since 2011 and is expected to be withdrawn completely in the near future.

With Vietnam’s means of prevention and treatment wholly reliant on foreign aid as opposed to government funding, the cutback will be a devastating blow to the city’s efforts and those involved.

The worrying development prompted the Ministry of Health to instruct local health departments to expand health insurance coverage to people with HIV/AIDS in November 2015, ensuring accessible long-term and low-cost services to all of those insurance card holders.

HIV/AIDS patients and high-risk groups who have received foreign aid-funded treatment and medical services for several years now face the daunting prospect of being deprived of ARVs, as many have failed to obtain insurance because of complicated procedures.

Even those with medical insurance are reluctant to buy the medication, which is vital to the suppression of the HIV virus, for fear of their acquaintances learning of their infection.

N.T.A.L., a 38-year-old single mother with HIV, was worried after learning from staff at the Preventive Medicine Center in District 8, Ho Chi Minh City, that she would no longer be able to access free ARVs, but have to buy them on medical insurance.

L. and her six-year-old daughter live in a cottage she erected herself on an abandoned plot, and get by with the mercy of kind-hearted neighbors who give them food and occasional domestic help jobs.

The woman said that she grew up as a street child after her father passed away and her mother left her for another man when she was a little girl.

She has been repeatedly denied health insurance as she has no identification papers or guarantors, leaving ARVs beyond her reach and both hers and her daughter’s future in the balance.

Meanwhile, V.V.L., 48, who has had HIV for nine years now and ekes out a living as a xe om (motorbike taxi) driver, is unable to buy health insurance for every member of his large family as insurance applicants are required to buy it in household groups.

N.V.T., 42, lamented that there would be no way he and his wife, who are both infected and struggling to provide for their child, could afford the ARVs.

Tran Thi Hue, who was named the country’s first-ever beauty queen with HIV at the “Dau Cong Duyen Dang” (Charming Plus Signs) contest for female patients in 2010, is also troubled by the prospect.

Hue and her younger son contracted the virus from her husband, who succumbed to the illness in 2008.

Her eldest son is deaf and mute.

Following her ‘coronation’ at the contest, Hue left her hometown in the northern province of Ha Nam for Hanoi, where she works with the Center for Supporting Community Development Initiatives, a non-governmental, non-profit organization registered under the Vietnam Union of Science and Technology Associations.

Hue and her youngest son are currently on free-of-charge antiretroviral treatment at the city’s Bach Mai Hospital.

Her elder sister is also infected with the virus from her husband.

“I don’t know how much we will have to pay under the medical insurance scheme, but even twelve dollars a month would prove overwhelming for us, let alone those in rural areas without a stable job,” Hue said.

Unlike Hue and many others who are not covered by health insurance, many already on this kind of protection are unwilling to use it for fear of being ‘exposed.’

This generally entails social stigma and discrimination against themselves and their loved ones.

N.V.T., 42, from the Mekong Delta province of Dong Thap, revealed that she had traveled all the way to the Hospital for Tropical Diseases in Ho Chi Minh City to get free ARVs shortly after her and her husband’s positive HIV results six years ago.

Only the couple’s parents and siblings know about their illness. They even keep their teenage daughter in the dark to shield her from any trauma.

Informed by staff at the Hospital for Tropical Diseases that she must now seek treatment at infirmaries in her local area, she has no choice but to visit a private clinic in Ho Chi Minh City instead.

“I’m at a loss as to what to do next. I cannot afford to risk having my infection exposed where I live. If that happens, I’ll have to quit my teaching job,” V.V.H., 39, a teacher at a middle school in the Mekong Delta city of Can Tho, lamented.