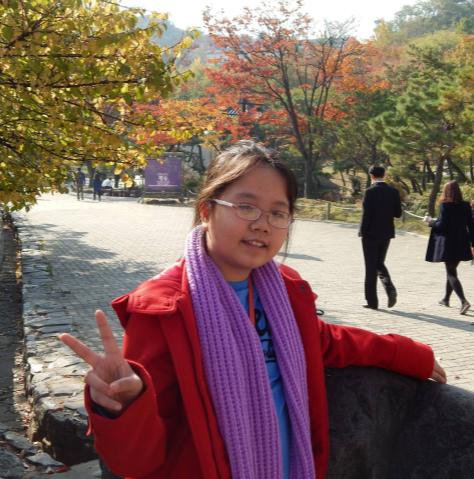 Nguyen Hoang Ly Na from Liberty Bell Middle School in Tennessee has recently been awarded a prize at the Genes in Space Science Contests for young students in the U.S.

Launched in 2015 as a collaboration between American airplane manufacture Boeing and DNA research company miniPCR, Genes in Space aims to inspire young minds to solve real-world problems in biological and physical sciences.

The contest invites students in grades 7 through 12 to design DNA experiments that address challenges in space exploration.

The winning experiment is sent to space.

This year the contest received 375 submissions from nearly 850 students in grades 7 to 12 from across the U.S.

The top prize is expected to be announced in July.

13-year-old Nguyen Hoang Ly Na was announced on May 16 as a recipient of the contest’s Junior Scientist Award celebrating five outstanding proposals from 145 entries of students in grades 7 and 8.

Her proposal addressed the topic of “The impact of microgravity on the composition of cerebrospinal fluid and astronaut neurological health”.

The young girl, self-described as having “a huge interest in science and human anatomy” recalled her excitement when she learned she received an award.

“It is a great source of motivation”, she told Tuoi Tre News via email.

“It reminds me to keep going, to keep pursuing my goals, and not to give up. It is like a present for my birthday, a wonderful memory to keep.”

Ly Na said she learned of the contest through social media and later decided to participate because she knew she would learn something new about DNA, although at that time she knew little about outer space.

The 8th grader then said she got idea for her proposal from an anatomy book that she got from her aunt as a present, combining with her all-time interest about the brain and the importance of it to humanity.

Ly Na then pieced her proposal together after reading the anatomy book and research papers she found online about space.

“It was a little bit of a struggle to come up with an experiment that is realistic and ‘compress’ that idea to as few as two hundred words,” Ly Na said of the contest.

“Otherwise, I had a great time researching and learning,” she shared.

Ly Na says neither her parents nor her teachers had any idea she had entered the contest.

“My plan was to surprise my family and teachers if I won an award,” the young girl explained.

“I did not know that Ly Na was involved in the Genes in Space competition until I received an email from Dr. Gleason [on the contest’s organizing board],” Ly Na’s mother Tran Thi Tuyet Van, also living in the U.S., recalled of the surprising moment.

“The first thing I did was research the contest’s website genesinspace.org.  I then asked my daughter about it when she got home from school,” she added.

“She checked her email and was very happy about the award.”

“This is an amazing achievement for Ly Na. It is motivation to keep developing her passion,” the mother continued to share with her happiness.

The 13-year-old awardee said she wants to keep learning and exploring science, especially relating to physics, molecular biology, and chemistry.

Commenting on Ly Na's project, Director of Educational Initiatives and Engagement at miniPCR Emily Gleason said the proposal was “very creative and innovative.”

According to her, the contest received a number of proposals focused on how the nervous system adapts to microgravity, “but Ly Na's choice to assay the cerebrospinal fluid was brilliant.”

“I think she [Ly Na] has a great future ahead of her,” Gleason commented in an interview with Tuoi Tre News via email.

The director of Educational Initiatives and Engagement at miniPCR also praised this year’s contestants for their talent.

“We were blown away by the proposals we received this year,” she expressed. “The students came up with such amazingly creative ideas.  It was very difficult to choose winners.”

“Additionally, all proposals must make use of the Polymerase Chain Reaction (PCR), a common biomedical technique,” Gleason added.

“This is not something that middle and high school students understood when I was that age, yet many of the proposals clearly demonstrated a deep understanding of this technique.

"It was so impressive!”