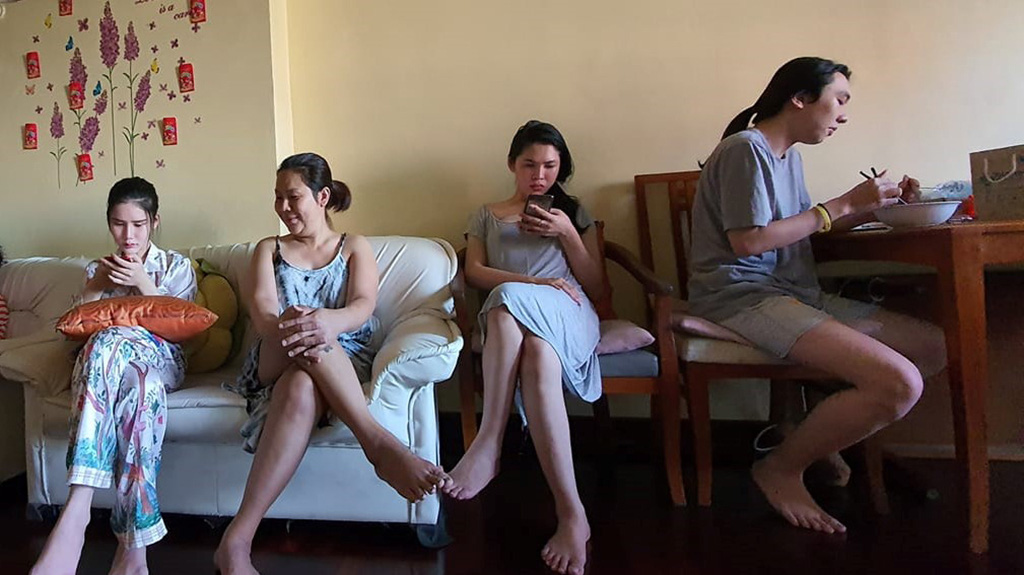 In Vietnam, old hand at transgender service opens up about job

For the last ten years, Lam Thanh Thao has worked as a ‘ferrywoman' for those looking for a sex reassignment surgery package in Thailand. She helps with paperwork, gives nutritional advice, and offers postoperative medical consultation. She stresses the large risks involved in the operation.

“Their lives are in the hands of the surgeons and in their postoperative self-care.

"But when something bad happens, that would reflect poorly on me.”

Thao believes that no person would sign up for this type of surgery just to follow what other people are doing.

According to Thao, patients have to be utterly careful because of the immense risks.

Taking up the job

Luckily, the hospital did not charge any ‘maintenance’ fee, so she did not have to use up all the money she had saved for the costly procedure.

With the extra money, she decided to buy hormones for transgender people, planning to sell them in Vietnam afterward.

Back at home, hormone buyers often asked her to accompany them on their trips to Thailand for the transgender surgery.

That was the start of her job as the 'ferrywoman.'

Every year Thao serves around 50-60 cases and so far she has helped more than 500 people with their operations.

With a decade working on the job, she fully understands the joy, but is also well aware of the risks involved.

She is well informed about the dos and don’ts for those undergoing such surgery.

According to Thao, a lack of knowledge and clumsy handling could result in severe consequences.

“For example, on day 14 the patient will be provided with a vaginal dilator. If she doesn’t fully understand the instructions, she just won’t know how to use it properly,” she said.

“Do it too gently and your vaginal canal will be shallow. Do it too deeply and the stitch will break. You just have to do it with the right pressure, but you have to be firm.

“Also, do not rotate it in there. And beware of the location of the surgical incision and avoid that.”

Thao further explained that on day 25 after the operation, there will be certain patches from the surgical suture.

If they are dropping down, they need to be cut off. Manually pulling them out will lead to bleeding.

“Some of my clients keep asking for my mentoring until their bodies have fully recovered and are capable of sexual intercourse,” she added.

The key preparation to make for anyone pondering over a transgender operation is to start taking hormones two years beforehand.

Long-term hormonal intake stabilizes the person’s mentality, she said, and is especially helpful regarding their ability to achieve orgasm during intercourse post-operation.

For that reason, patients have to go through a psychological test before lying down on the operation table.

“From my experience, all those determined to undergo this operation can easily pass this test. No one signs up for this just for fun. It’s all about their lifelong dream and a matter of life and death,” Thao affirmed.

Thao stated that the cost of service has gradually increased over the years as there is more demand for Thailand’s hospitals.

Due to the psychological test not being done in Vietnamese, each candidate has to pay an extra US$100 for an interpreter.

The ferrywoman thought this is a huge sum of money and decided to work on her English and Thai in order to cut costs for her clients.

With an increasing number of clients, Thao had to rent a costly central Bangkok apartment near her ‘partner’ surgeon, Dr. Thep Vechavisit.

In case of an emergency, she explained, being close to the surgeon should help.

It has been called the ‘butterfly house’ by its tenants.

“Though emergencies are rare, I still have to keep this apartment for safety reasons. It is really very expensive, though,” she said.

In her career, she witnessed one case of fatality following a gender affirmation surgery due to postoperative mishandling.

It was a Filippino who came to Thailand for the operation. She died several days after getting back home.

According to the ill-fated lady’s companions, she was mishandling the vaginal dilator. Her family members were not aware of her excessive bleeding, which caused her death.

“There has not been any fatal case in Vietnam. It’s partly thanks to the high quality of medical care at our local clinics,” Thao said.

“However, I still have to keep tabs on the girls after the operation [to prevent any complications].”