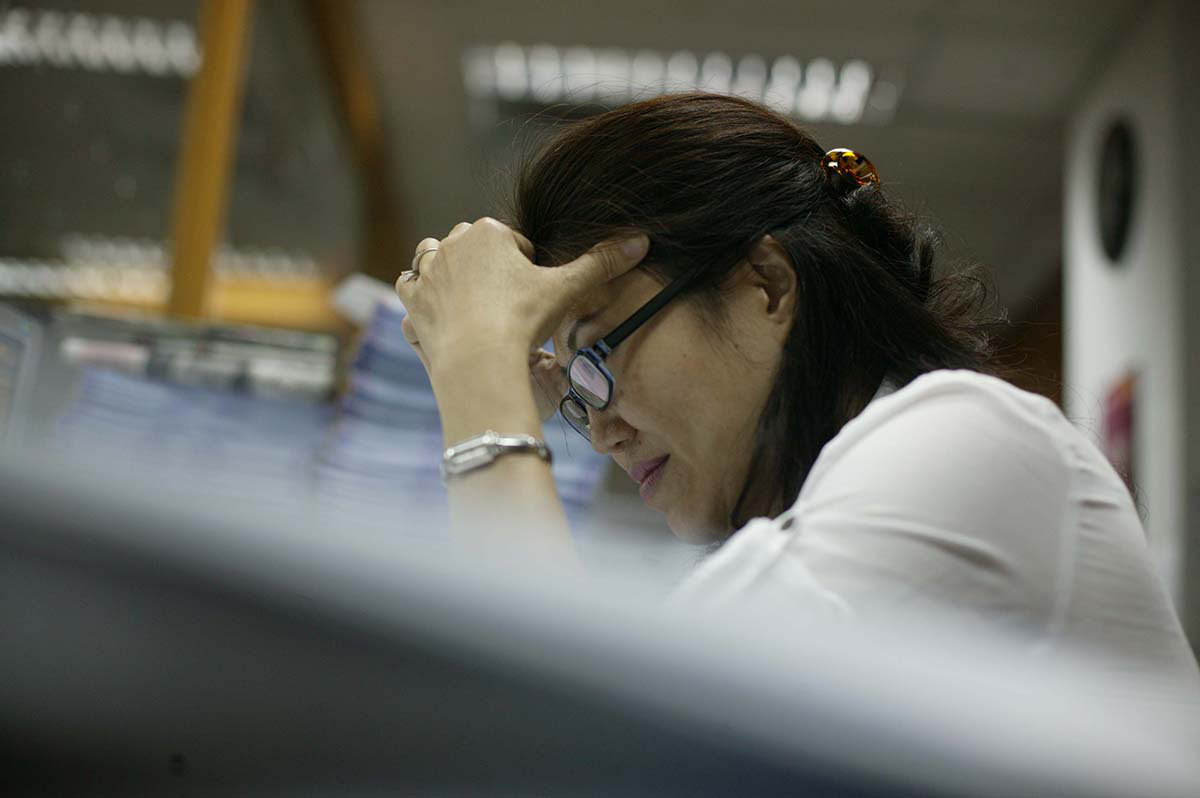 Chronic stress is causing physical and mental problems to many Vietnamese office workers. It turns out that burning the candle at both ends does not guarantee happiness, despite their apparent success.

One of the major reasons behind the recent state of fatigue among Vietnamese people is burnout – a condition in which a person feels exhausted and exhibits reduced productivity following prolonged stress.

More and more patients have sought professional aid in this matter.

The psychology department of the University Medical Center Ho Chi Minh City welcomes a daily average of eight to nine people from different age groups who have burnout problems.

Where did the joy go?

A Vietnamese woman named M. has spent the last 20 years devoting herself to work.

She moved up the ladder from a newbie staff member to manager and she currently acts as the deputy chief executive officer of a technology company.

She has found herself up to her ears in work in recent years. Her work hours start at 7:00 am and she does not sign off until very late in the evening.

Instead of bragging about the joy she has, the 45-year-old woman confessed otherwise despite her career success.

“I’ve felt really tired, as if my head was stiff. I wake up every morning feeling scared for the coming day,” she said.

“I’m scared of everything. I’m really down spirited. The internal conflict grows day by day.”

T.A.T. is a 26-year-old secretary working for a Japanese firm in Ho Chi Minh City.

Her first days at work were a wonder, but three months into the job revealed to her that the work did not live up to her expectations.

She has been under constant stress.

“I feel that all of my energy is drained out the moment a new day begins,” she said.

“It’s like butterflies in my stomach. My heart beats faster.”

The thought of her daily tasks at work fills her with an urge to bury herself in bed.

She still makes it to her office, but in a hasty, exhausted, and inefficient manner.

Every single person has the feeling of fear as a new day dawns, commonly known as morning anxiety, according to Nguyen Minh Man, head of clinical psychology at the University Medical Center Ho Chi Minh City,

However, with cases like T. and M., he believes they suffer from stress and are running from reality.

According to his analysis, the original causes might include financial, familial, personal, and workplace issues.

Morning anxiety is an abnormal state of mind, according to Ho Nhat Quang, a psychological therapist and therapy trainer.

He compares this condition to being ‘lazy’ in working out and thinking positively.

He or she does not eat enough and loses motivation, ending up in self-disappointment.

This is common in everybody, especially those working in a fast-paced and demanding working environment.

A loss of balance

Quang said those suffering from morning anxiety have a strong need for stability and safety, resulting in their resistance to change as a new day arrives.

This consumes a great deal of their mind power and puts them at a loss for initiatives for both work and life.

When sufferers fail to think on the positive side and face their problems, this results in an inescapable and prolonged period of stress.

Their physical body becomes stiff and worn out. Physical pain pushes the body to switch off in sleep or long-term recess.

Some even turn to alcohol, drugs, and other substances to restore their balance.

“If one is not aware of this from the beginning, it can really damage the body and mind, possibly leading to ailments,” said Quang.

Speaking about the origin of morning anxiety, Man pointed out the eight wheels of life each person faces as he wakes up: family; self; friends and acquaintances; social relations; finance; work and study; beliefs; and sports and entertainment.

When imbalance occurs to one or more of these, stress ensues. Stress stems from a mismatch between a person’s needs and the level of satisfaction.

Effective stress control will restore balance readily, but failing to cope will cause physical, spiritual, and intrapersonal problems.

“In the first stage, stress symptoms are fleeting and diminish with proper resting,” said Man.

“However, if stress moves on to resistance, these symptoms appear in greater frequency.

"If it reaches the third stage, it’s like a sweeping storm that wipes off the body and mind.

“Exposure to stress for two weeks to six months can lead to anxiety disorders.”

Burnout is a condition in which a person feels exhausted and exhibits reduced productivity, which can cause a form of chronic physical and mental stress that manifests after a long period of stress.

This drains the last drop of energy, causing people to lose focus and faith in what they do, especially when their effectiveness at work falls below expectations and when their quality of life is drastically reduced.

In addition, a lack of motivation causes people to start off their new days with a ‘heavy mindset’ as they cannot figure out the meaning of what they are doing.

To avoid and reduce stress, it is necessary to alter one’s point of view and values in life.

Those who suffer from burnout can cut down on their demands and negative feelings. Instead they should practice a positive outlook.

Also, it is a good idea to exercise, relax, entertain, and interact with people who send off positive feelings around them.