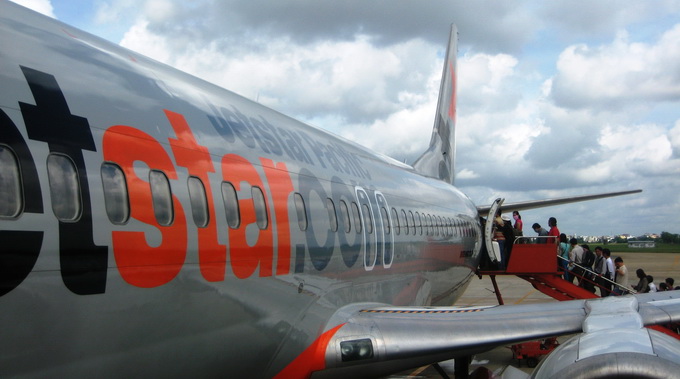 A Jetstar Pacific flight landed safely at an airport in central Vietnam on Sunday night after a bird strike, a spokesman of the low-cost carrier said Monday.

The bird strike left no damage on the airplane, but delayed the takeoff of the next flight using the same aircraft as technical checks were done to ensure its safety, according to Jetstar Pacific.

The Jetstar Pacific flight BL522 leaving Ho Chi Minh City for Vinh City in the central region was about to land when it was hit by a bird. The aircraft managed to land safely at 10:25 pm local time.

Upon arrival, the airline had its aircraft’s engine checked thoroughly before it was dispatched for the flight back to the southern hub, whose expected departure time was 11:00 pm on Sunday.

The Ho Chi Minh City flight only took off at 8:50 am on Monday, with most of the 129 passengers having to spend the previous night at a hotel arranged by the airline to wait for their morning flight.

Some passengers insisted on boarding their flight immediately yesterday night despite explanations from Jetstar Pacific and the airport employees.

Some of the Jetstar Pacific flights on Monday also had their schedule changed as a result of the bird strike, according to the carrier.

Last week, another Jetstar Pacific flight was delayed for three hours and a half over a false smoke alert caused by a bird feather stuck in the sensor of the smoke detector in the cargo compartment.

The smoke detector issued a warning alarm as the flight BL800 bound for Hanoi was preparing to take off at Tan Son Nhat International Airport in Ho Chi Minh City on July 16.

After the passengers were asked to return to the waiting area, engineers discovered the feather stuck in the device.