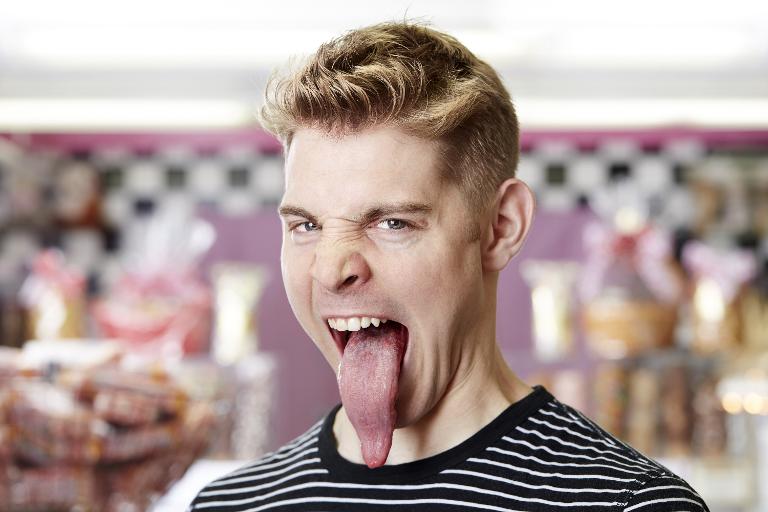 From super-long tongues to leaping cats, a host of weird and wacky landmarks have made the cut for 60th anniversary edition of the Guinness World Records book out on Thursday.

The new edition will reflect on six decades of record-breaking, while also featuring the latest additions to the oddball hall of fame.

They include Californian Nick Stoeberl, possessor of the world's longest tongue at 10.1 centimetres (four inches).

British film buff Nick Bennett earned a place in the compendium for having the largest collection of James Bond memorabilia, with 12,463 items from model cars to posters contained in a shine in his house.

In Japan, Akiko Obata has the largest collection of plastic food, with more than 8,000 items including giant plastic burgers, donuts and dishes of everything from soup to desserts filling her apartment.

Meanwhile Alley of the United States takes the longest jump by a cat record, at an impressive six feet (1.83 metres). The white, black and ginger cat leapt the distance between two small platforms.

Brewers Guinness launched their famous records book in 1955 to settle disputes among drinkers.

Since then, more than 132 million copies of their annual compendium have been sold in 20 languages in more than 100 countries.

All the record attempts are assessed by adjudicators from the organization.

New inclusions this year include Inke Siefker of San Francisco, who has the new record for furthest arrow shot on target with the use of feet (6.10 metres, 20 feet) -- done by operating a bow with her legs while standing on her hands.

Other records included the most oceans rowed, awarded to Simon Chalk, and heaviest weight lifted with beard, taken by Antanas Kontrimas who picked up a woman attached by a harness to his grey beard.

Aside from the new records, the 2015 book looks back at records from the last 60 years including British runner Roger Bannister's sub-four-minute mile, the landspeed record and Michael Jackson's music industry landmarks.

"This is an important landmark edition for Guinness World Records, giving us the opportunity to look back at how records have changed over these six extraordinary decades," said editor Craig Glenday.

"Of course, we've still had to process around 50,000 claims in this past year alone, giving us plenty of new and updated records to choose from... and making it a really difficult task to decide what makes the final cut."

A Jetstar Pacific flight landed safely at an airport in central Vietnam on Sunday night after a bird strike, a spokesman of the low-cost carrier said Monday

He is the second child in the family

Brazil woman hospitalized next to killer of her family