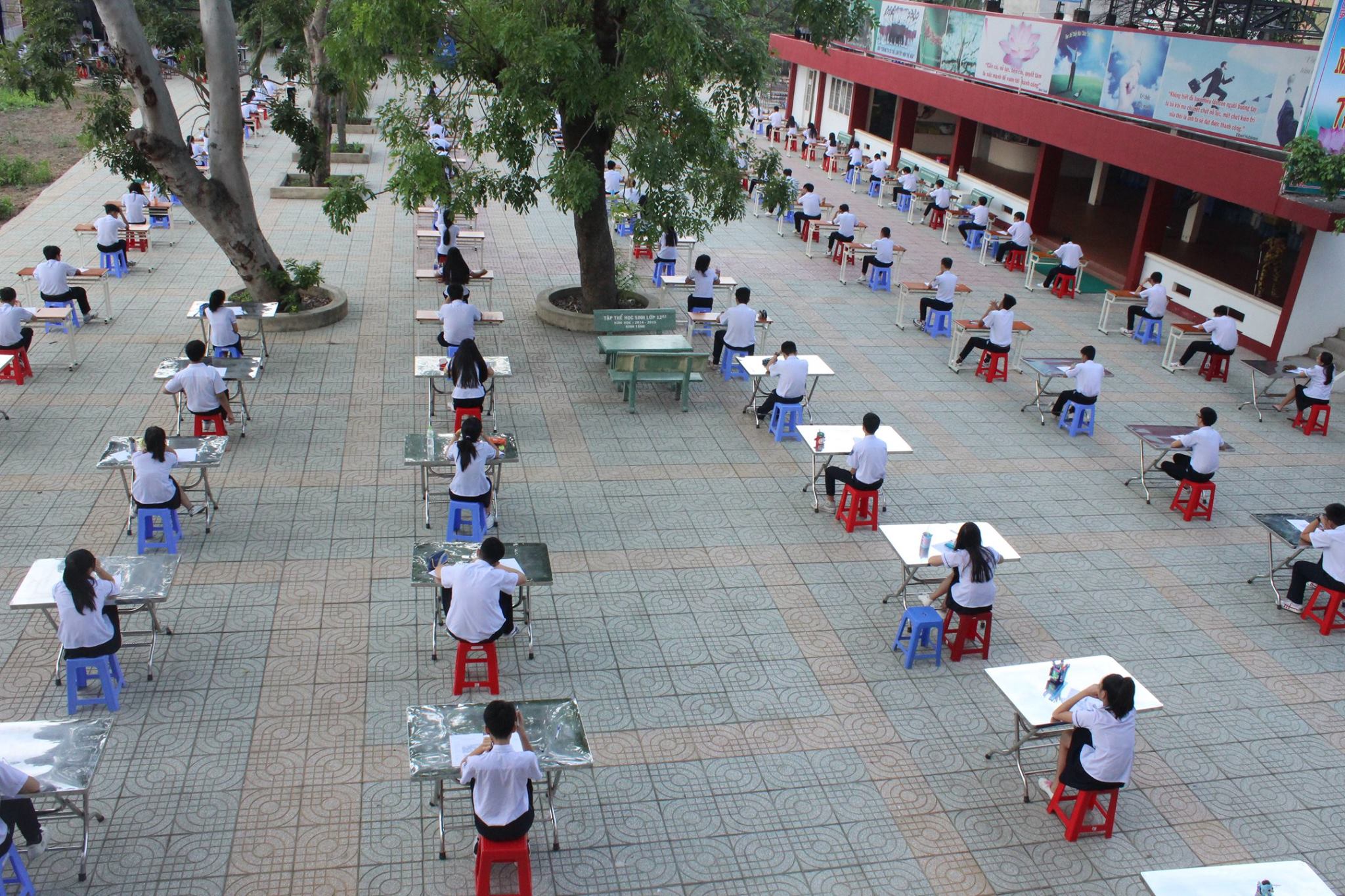 A high school in Ho Chi Minh City has asked students to sit for examinations outside their classrooms in the last five academic years in a bid to encourage them to be honest test-takers.

Several photos capturing the latest exam at An Duong Vuong High School in Tan Phu District surfaced on the Internet on Friday and quickly became a debatable topic as to whether outside tests are appropriate for students.

The test-takers are seen sitting in rows of tables, located about two arm’s lengths away from each other, in the schoolyard and do their exams, according to the photos.

Schoolmaster Tran Duc Thanh said such an outdoor exam model has been in place since the academic year 2011-12, as the school wanted to train students for honesty and ensure fairness among the test-takers.

“There are cases when students got caught cheating during the exams but they just did not feel embarrassed,” he said.

“Even some teachers consider it normal, so we decided to apply the model.”

With the exams now taking outside classroom, cheating seems impossible and students will score zero if they do not study hard enough, the schoolmaster said.

Organizing the outdoor exams, in the meantime, is both fun and tiring because they have to carry the tables to and from the classrooms, according to teachers and students.

The outdoor exams are held at the most suitable time of the day to avoid getting students affected by harsh weather, an academic staff member said.

Truong Quang Khai, a tenth grader, was at first surprised and scared when he knew he would sit for the exam on the schoolyard, but is now “getting used to it,” he said.

“I’m also studying more scientifically and seriously because I have to deal with the test on my own,” he said, adding students can no longer ask each other if they forget something as they are now seated far apart.

Below are photos capturing an outdoor exam at An Duong Vuong High School: