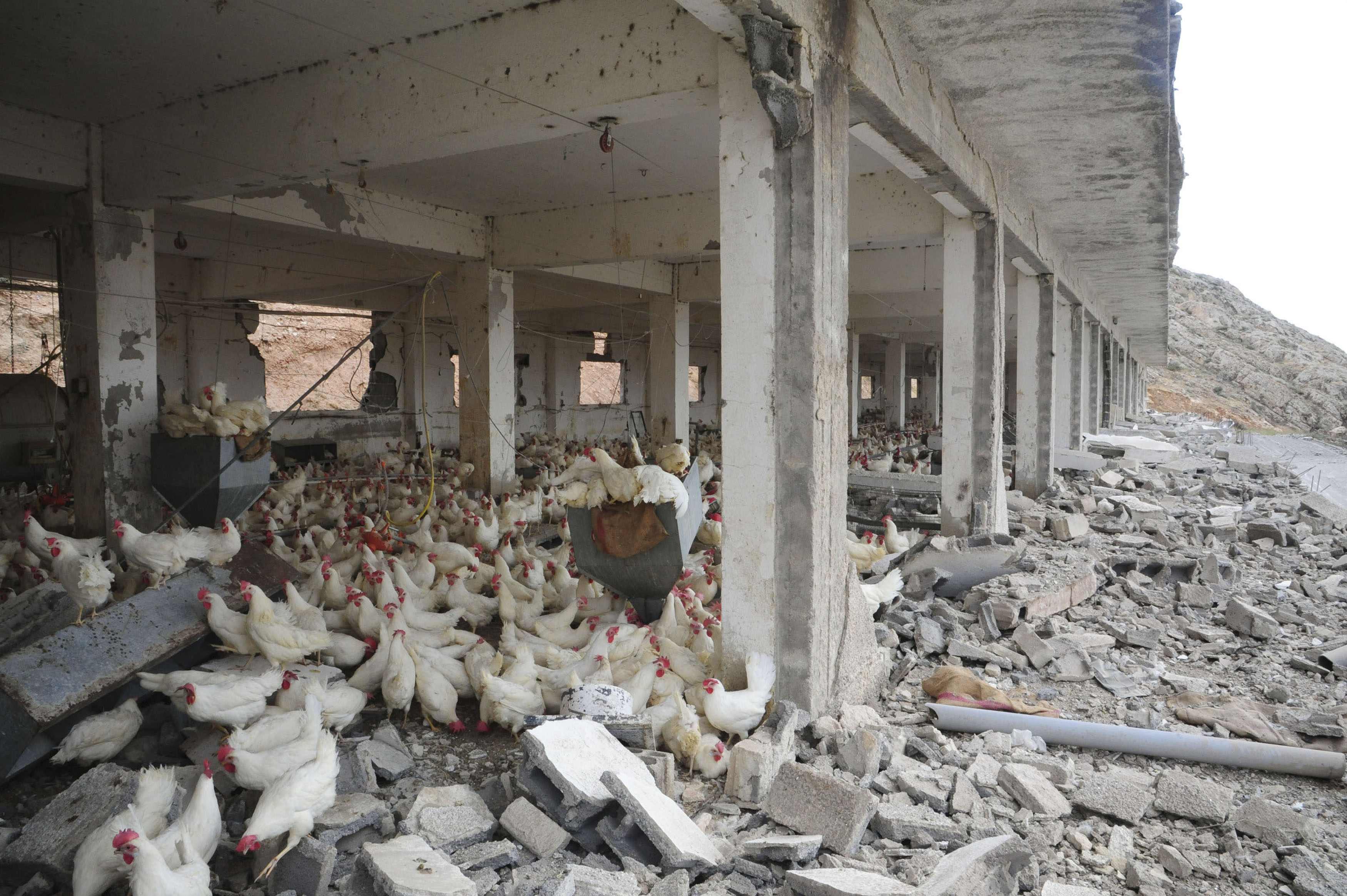 No early warning for U.S. on Israeli strikes in Syria

WASHINGTON – The United States was not given any warning before air strikes in Syria against what Western and Israeli officials say were weapons headed for Hezbollah militants, a U.S. intelligence official said on Sunday.

Without confirming that Israel was behind the attacks, the intelligence official said that the United States was essentially told of the air raids "after the fact" and was notified as the bombs went off.

Israeli jets bombed Syria on Sunday for the second time in 48 hours. Israel does not confirm such missions explicitly - a policy it says is intended to avoid provoking reprisals. But an Israeli official acknowledged that the strikes were carried out by its forces.

"It would not be unusual for them to take aggressive steps when there was some chance that some sophisticated weapons system would fall into the hands of people like Hezbollah," the U.S. intelligence official told Reuters, speaking on condition of anonymity.

While the air raids raised fears that America's main ally in the Middle East could be sucked into the Syrian conflict, Israel typically does not feel it has to ask for a green light from Washington for such attacks.

Officials have indicated in the past that Israel sees a need only to inform the United States once such a mission is under way.

U.S. President Barack Obama said on Saturday that Israel has the right to guard against the transfer of advanced weapons to Hezbollah, an ally of both Syria and Iran.

Rather than an attempt to tip the scales against Syrian President Bashar al-Assad, Israel's action is seen more as part of its own conflict with Iran, which it fears is sending missiles to Hezbollah in Lebanon through Syria. Those missiles might hit Tel Aviv if Israel makes good on threats to attack Tehran's nuclear program.

Another Western intelligence source told Reuters the latest attack, like the previous one, was directed against stores of Fateh-110 missiles in transit from Iran to Hezbollah.

People were woken in the Syrian capital by explosions that shook the ground like an earthquake and sent pillars of flames high into the night sky. Syrian state television said bombing at a military research facility at Jamraya and two other sites caused "many civilian casualties and widespread damage," but it gave no details. The Jamraya compound was also a target for Israel on Jan. 30.

The U.S. intelligence official said additional strikes in the future could not be ruled out.

"Any sophisticated weaponry that finds its way there (Syria)that looks to be destined to fall in the hands of bad actors, I think there is a likelihood that those could be targets as well," the second official said.

Obama has repeatedly shied away from deep U.S. involvement in the Syrian conflict, which erupted in 2011 and has killed an estimated 70,000 people and created more than 1.2 million refugees.

Hours after the Israeli attacks, several U.S. lawmakers voiced concern over the mounting uncertainty in the Middle East.

Influential Republican lawmaker John McCain said Israel's air strikes on Syria could add pressure on the Obama administration to intervene, but the U.S. government faces tough questions on how it can help without adding to the conflict.

"We need to have a game-changing action, and that is no American boots on the ground, establish a safe zone and to protect it and to supply weapons to the right people in Syria who are fighting, obviously, for the things we believe," McCain said on "Fox News Sunday."

"Every day that goes by, Hezbollah increases their influence and the radical jihadists flow into Syria and the situation becomes more and more tenuous," he said.

U.S. Defense Secretary Chuck Hagel said last week that Washington was rethinking its opposition to arming the Syrian rebels. He cautioned that giving weapons to the forces fighting Assad was only one option, which carried the risk of arms finding their way into the hands of anti-American extremists among the insurgents.

The United States has said it has "varying degrees of confidence" that chemical weapons have been used in Syria on a limited scale, but is seeking more evidence to determine who used them, how they were used and when.