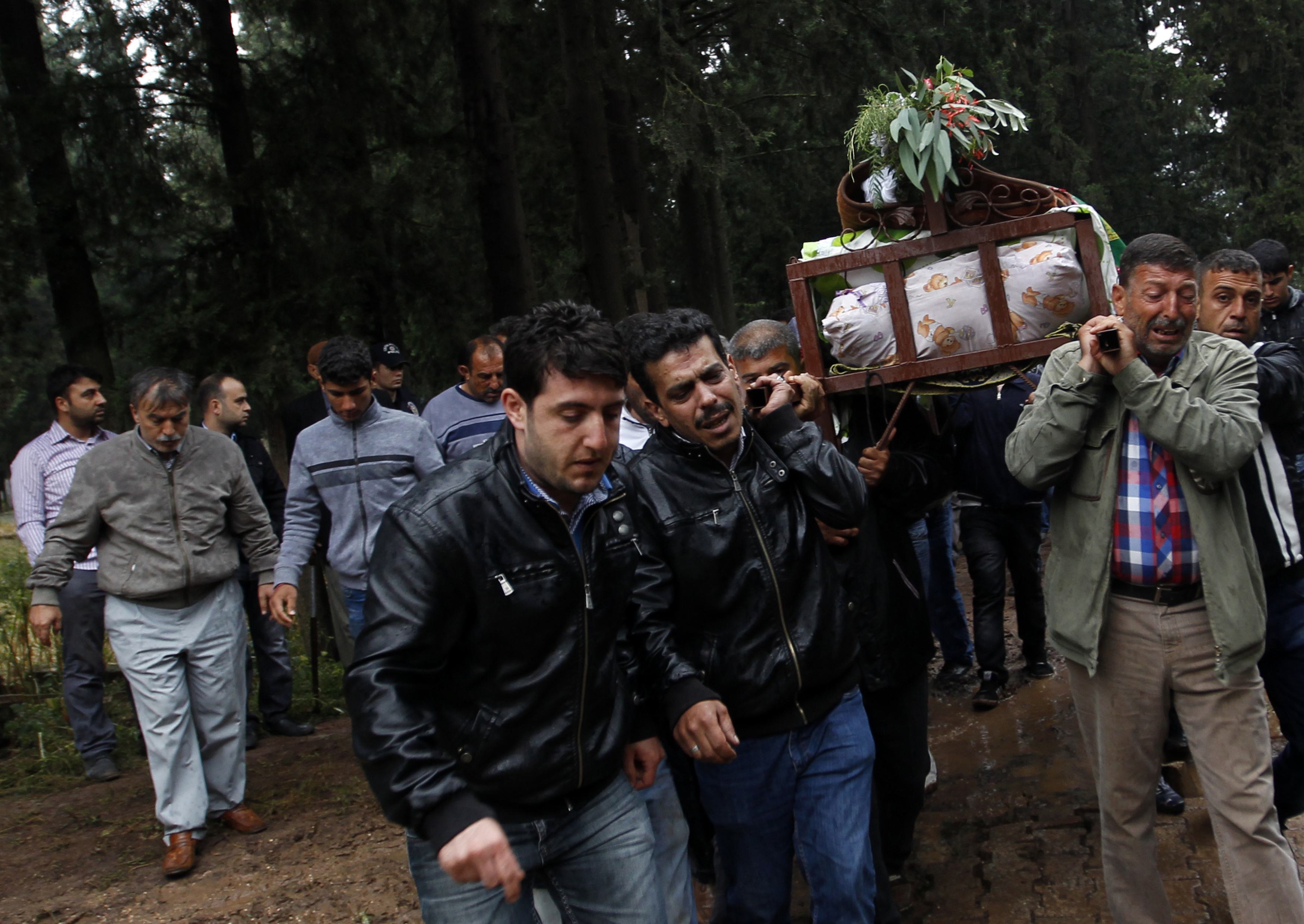 Authorities have arrested nine people, all Turkish citizens and including the alleged mastermind, after the bombings in Reyhanli on Saturday, deputy prime minister Besir Atalay told reporters.

Foreign Minister Ahmet Davutoglu said those involved were thought also to have stage an attack on the Syrian coastal town of Banias a week ago in which at least 62 people were killed.

The car bombs increased fears that Syria's civil war was dragging in neighbouring states despite renewed diplomatic moves towards ending two years of fighting in which more than 70,000 people have been killed.

"We should be careful against ethnic provocations in Turkey and Lebanon after the Banias massacre," he said.

The conflict has inflamed a confrontation between Sunni and Shi'ite Muslims in the Middle East, with Shi'ite Iran supporting Assad, and Sunni powers like Saudi Arabia backing the rebels.

Banias is a Sunni pocket in the midst of a large Alawite enclave on Syria's Mediterranean coast. Activists in the area accuse militias loyal to Assad, an Alawite, of ethnic attacks.

Reyhanli has become a logistics base for the rebels fighting Assad just over the border and the thousands of Syrian refugees there are mostly Sunni.

Interior Minister Muammer Guler said the attacks had been carried out by a group known to the Turkish authorities and with direct links to Syria's Mukhabarat intelligence agency.

The bombs ripped into crowded streets near Reyhanli's shopping district in the early afternoon on Saturday, scattering concrete blocks and smashing cars as far as three blocks away. Among the dead were 35 Turks and three Syrians, Atalay said.

Syrian Information Minister Omran Zubi, speaking on Syrian state TV, accused Turkey of responsibility for the bloodshed in Syria by aiding al Qaeda-led rebels. He denied any invovement by Damascus in the bombings in Turkey.

"Syria did not and will never do such a act because our values do not allow this. It is not anyone's right to hurl unfounded accusations," he said.

The bombings too place as prospects appeared to improve this week for diplomacy to try to end the war after Moscow and Washington announced a joint effort to bring government and rebels to an international conference.

They also highlight the strain the war and the refugee exodus are placing on neighbouring states, with local people resentful over stretched economic resources and the risk of violence. Turkey is housing more than 300,000 refugees.

Protests erupted in Reyhanli after the blasts, with some blaming Syrian residents for bringing violence over the frontier and others railing against Turkey's foreign policy.

Some smashed the windows of cars with Syrian number plates.

"We don't want the Syrians here anymore. They can't stay here. Whether we even wanted them or not, they can't stay after this," said a teacher in Reyhanli, who gave his name as Mustafa.

He said the government's Syria policy was to blame.

"It's Tayyip Erdogan politics that have done this. Turkey should never have got involved in this mess. We have a 900 km border with Syria. They come and go in wherever they like. Everyone here is in fear."

NATO-member Turkey has fired back at Syrian government forces when mortars have landed on its soil but despite its strong words has appeared reluctant to bring its considerable military might to bear in the conflict.