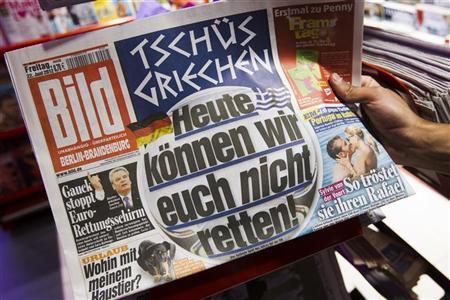 Up to 200 jobs to be cut at Germany's top paper: report

Up to 200 jobs could be slashed at top German tabloid Bild, as its publishing group seeks to make some 20 million euros ($26 million) in cost savings, according to a media report on Sunday.

Spiegel noted that Axel Springer had set aside 50 million euros for "structural changes" and said there would be redundancies at the group.

Employees at the Bild daily, the paper's website and the Berlin local tabloid B.Z. would be transferred to a subsidiary, Bild Digital, where pay and conditions are less favourable, according to Spiegel.

Bild said only there were "various scenarios" under consideration.

According to Spiegel, Bild contributes around 300 million euros to Axel Springer's coffers.