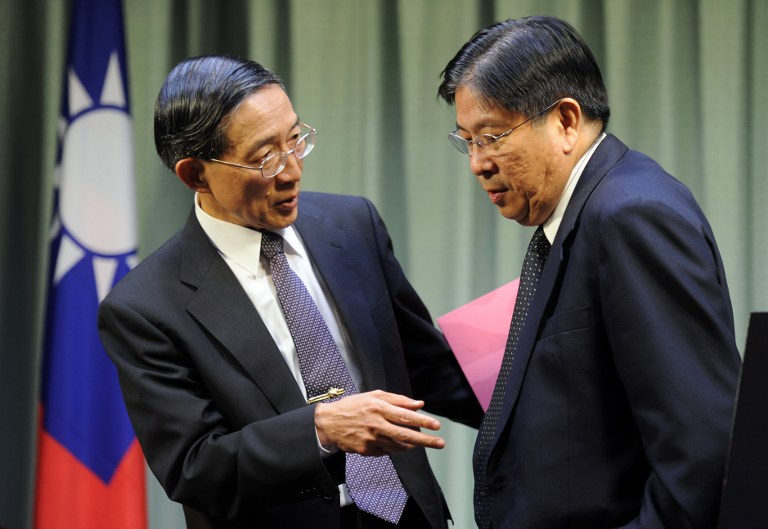 Taiwan Wednesday slapped sanctions on the Philippines, including a ban on the hiring of new workers, rejecting an apology by President Benigno Aquino for the killing of a Taiwanese fisherman.

Philippine coastguards shot dead the 65-year-old last week after they said his vessel illegally sailed into Philippine waters, and outrage in Taiwan at the incident grew amid a perceived lack of remorse in Manila.

In a bid to contain the diplomatic fallout, Aquino sent Amadeo R. Perez, chairman of the Manila Economic and Cultural Office which handles relations with Taiwan, to the island on Wednesday to act as his "personal representative" and apologise.

"(The envoy) will convey his and the Filipino people's deep regret and apology to the family of Mr Hung Shih-cheng, as well as to the people of Taiwan over the unfortunate and unintended loss of life," presidential spokesman Edwin Lacierda said in Manila.

Premier Jiang Yi-huah said Taiwan acknowledged Lacierda's statement but deemed it "unacceptable" that the death was described as unintended.

"Perez did not have sufficient authorisation and this shows the Philippines' lack of sincerity in resolving the incident and therefore our second wave of eight sanctions are initiated immediately," Jiang told reporters.

These include a "red" travel alert urging Taiwanese not to visit the Philippines and the suspension of exchanges between high-level officials, as well as a halt to exchanges on trade and academic affairs.

Jiang urged Taiwanese to support the government in pressuring the Philippine government but said the Filipino people should be treated "calmly".

Taiwan earlier Wednesday had suspended the hiring of Philippine workers and recalled its envoy to Manila in protest at the killing.

It rejected an initial apology made by the Philippines' de facto ambassador early Wednesday as inadequate.

Lacierda urged Taiwan not to implement its threatened sanctions and to reverse its decision to ban new Filipino workers while appealing for calm.

There are 87,000 Philippine workers in Taiwan and labour authorities said nearly 2,000 new applications to work are submitted monthly.

Lacierda did not mention compensation, but said Aquino had asked the Manila Economic and Cultural Office to make unspecified "donations" to the dead fisherman's family.

Taiwan's defence ministry also said it begun a two-day drill aimed at defending its fishermen in waters near a Philippine island.

Maritime tensions are already high over rival claims in the East Sea, adjacent to where last Thursday's shooting took place.

Analysts said Ma cannot afford to look soft while his approval ratings are low, and his government is apparently also trying to show it can stand tough in maritime disputes.

"Taipei wants to send a signal that it cannot be belittled and that its people should not be harmed," said George Tsai, a political scientist at the Chinese Cultural University in Taipei.

"But it should be careful not to give other parties an impression that it will argue its point to death."