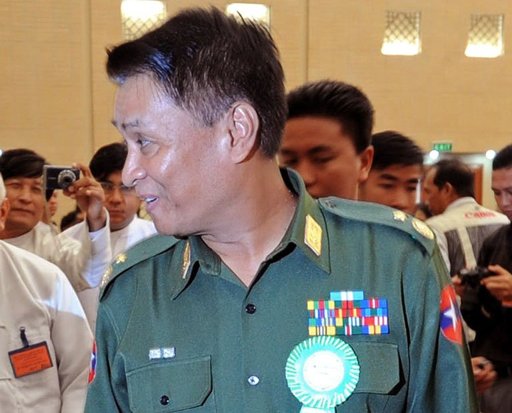 WASHINGTON – The United States placed a Myanmar general on its sanctions blacklist Tuesday for arms deals with North Korea that violated the UN Security Council embargo on buying weapons from Pyongyang.

Weeks after a landmark visit to Washington by Myanmar President Thein Sein celebrated the thaw in relations, the US Treasury named Lieutenant General Thein Htay, the head of Myanmar's Directorate of Defense Industries, for the sanctions.

The Treasury said the general was involved in buying North Korean military goods despite his government's support for the Security Council ban.

It said he acted on behalf of the directorate, a Myanmar military agency that was placed on the US sanctions blacklist in July 2012 for arms deals with North Korea.

The Treasury stressed in a statement that the Myanmar government, which until 2011 endured years of isolation and condemnation by the international community for rights abuses, was not targeted by the sanctions.

"This action specifically targets Thein Htay, who is involved in the illicit trade of North Korean arms to Burma," the Treasury said, using the former official name for Myanmar.

"It does not target the government of Burma, which has continued to take positive steps in severing its military ties with North Korea."

The Treasury noted that the Myanmar government last November said it would "abide by" the UN Security Council resolution banning the purchase of military equipment and support from North Korea.

North Korea's arms trade is an "important source of revenue" to build "its proscribed nuclear and missile programs", it added.

But a 2010 United Nations report accused Pyongyang of supplying banned nuclear and ballistic equipment to Myanmar, Iran and Syria.

The sanctions announced Tuesday forbid any American from doing business with Thein Htay and freeze any assets he might have in the United States.

A spokesman from Myanmar's presidential office said they were unaware of the "exact information" of US allegations against the general.

Myanmar has "no comment regarding this matter," Ye Htut added.

The 57-year-old general was until early this year Minister for Border Affairs, a post which gave him responsibility for the handling of anti-Muslim violence in one state and its brutal campaign against the Kachin minority in another.

The authorities' response to both flashpoints has been widely criticised.

The blacklisting came despite a warming of relations between the United States and Myanmar, after the government introduced democratic reforms.

It was the first visit in nearly 50 years by a Myanmar leader to the White House. Obama praised the country's journey away from brutal junta rule and promised more political and economic support.