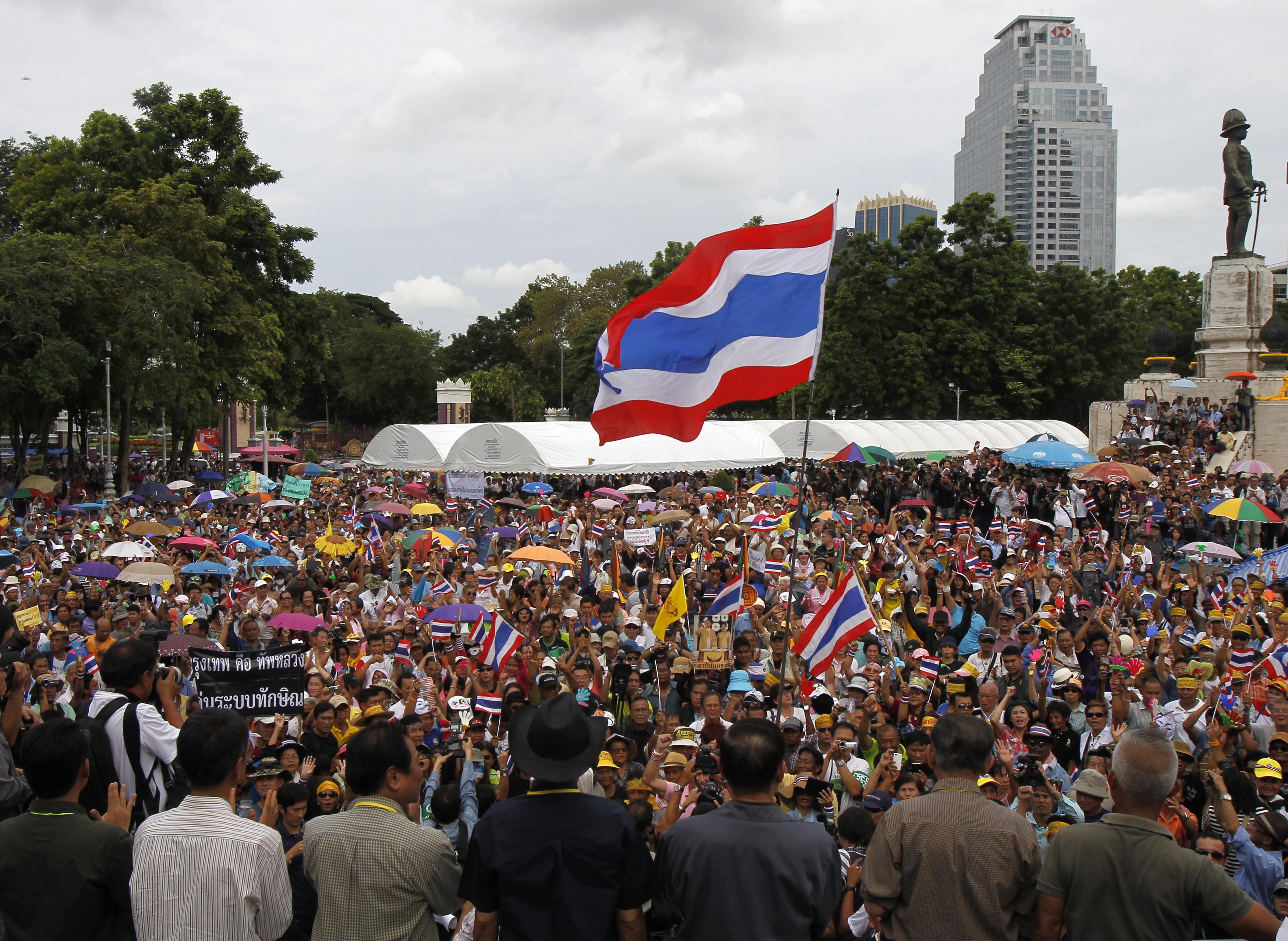 BANGKOK – Hundreds of Thai protesters gathered in Bangkok to rally against the government and divisive former premier Thaksin Shinawatra Sunday amid worries over the potential for fresh unrest in the politically-turbulent country.

Brandishing Thai national flags as well as the yellow emblem of the country's monarchy, demonstrators milled around restaurant carts and memorabilia stalls set up at the protest site in a central Bangkok park.

Organisers of the self-styled "People's Army" rally – a coalition of ultra-royalist and nationalist groups – addressed the crowd from a stage, calling for the end of the current government and slamming its self-exiled figurehead Thaksin.

"It is time for Thai people who love the country to unite and become a people's army to overthrow the Thaksin regime," one of the group's key leaders, retired general Preecha Iamsuwan, told the rally.

Despite initial concerns over the potential for unrest in Bangkok, which has suffered several bouts of political violence in recent years, security forces kept a low profile at the event.

Police, who have said they are authorised to use water cannon, tear gas and rubber bullets if violence erupts, put the number of demonstrators at 1,500 with up to 4,000 expected by late Sunday.

The Thai government has already invoked a special security law to control the protests, which could go on for several days. More than 1,600 police were deployed Saturday to protect key government buildings, while thousands more were put on standby.

Thailand has been riven by political tensions since the overthrow of Thaksin, who lives abroad but still draws loyalty among the kingdom's poor, rural working class.

Mass demonstrations, often involving bloodshed, have become a recurrent feature of Thailand's turbulent politics in recent years, with ultra-royalist nationalist "Yellow Shirts" and their pro-Thaksin "Red Shirt" foes both taking to the streets.

In 2010 two months of Red Shirt protest against a previous government brought much of Bangkok to a standstill and culminated in a bloody military crackdown. Some 90 people were killed in the unrest, with around 1,900 injured.

Sunday's protesters are targeting a government-backed bill, due to enter parliament on August 7, which proposes an amnesty for those involved in political violence since the coup that toppled Thaksin nearly seven years ago.

Some members of the current protest groups are former Yellow Shirts, but the main Yellow group has declined to support this round of protest.

The bill would scrap charges against protesters involved in incidents from the September 2006 coup until May 2012 – barring the leaders.

An attempt to introduce an amnesty bill last year was aborted after Yellow Shirts and ultra-nationalists – who support the opposition Democrat Party – rallied outside the legislature.

The Yellows, who boast support from Bangkok elites and elements in the military, helped unseat Thaksin and claimed the scalps of two allied governments in under five years.