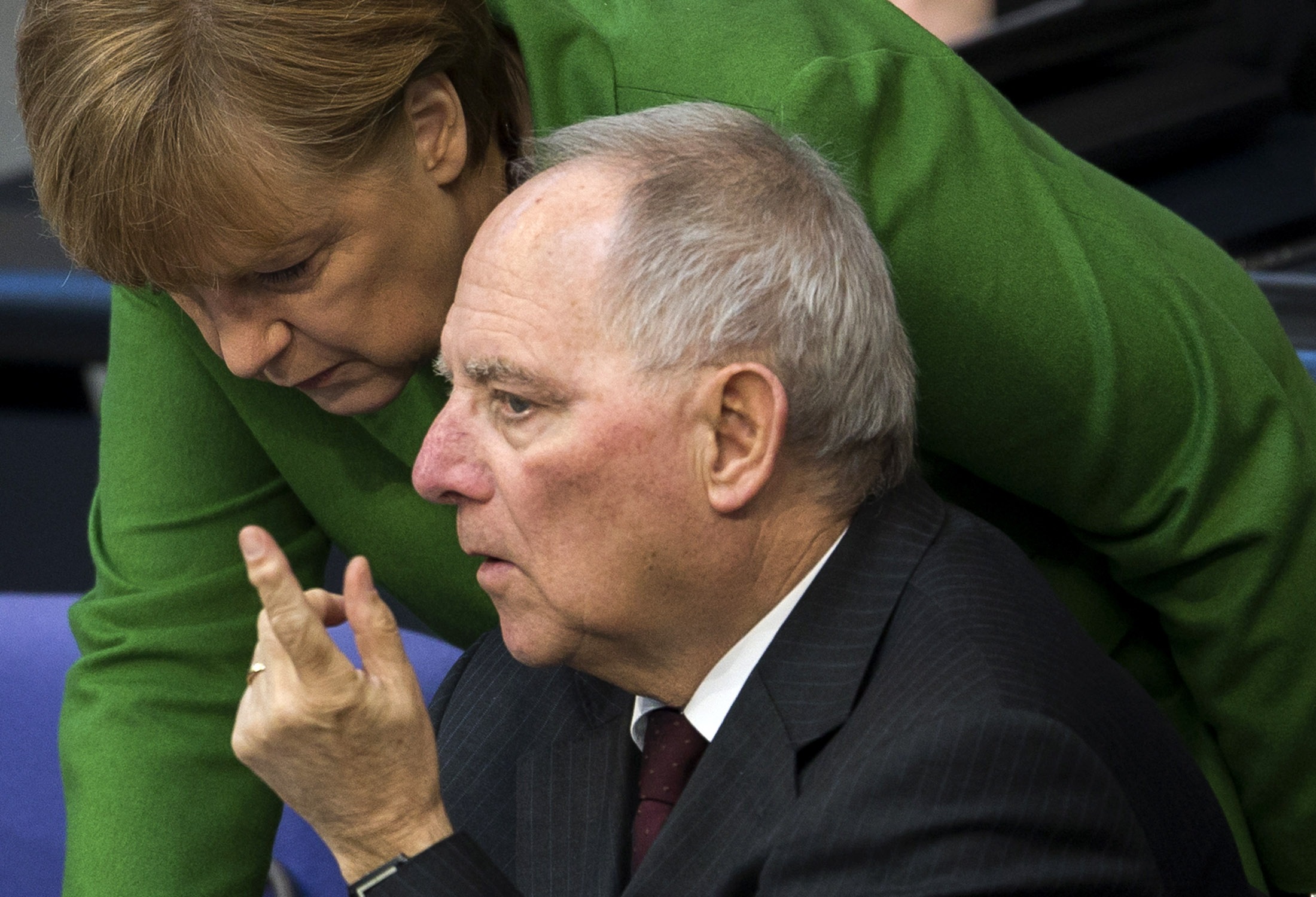 BERLIN – The leader of Germany's Left party urged the Social Democrats (SPD) on Sunday to rethink their ban on a left-wing alliance as an opinion poll showed the three opposition parties could narrowly beat Chancellor Angela Merkel in the Sept. 22 election.

Gregor Gysi, the Left's parliamentary leader, said in several high-profile interviews on Sunday that the SPD should stop ostracising the Left party because of its past.

"I don't see any reason that would prevent the Left party from becoming part of a government ruling in Germany one day," Gysi told Bild am Sonntag newspaper, which published a poll putting the SPD, their Greens allies and the Left party on 46 percent, a point ahead of Merkel's centre-right alliance.

"The SPD needs to understand that, without us, they're not going to win the chancellery," said Gysi, who indicated he had his eye on the foreign minister's job. The Left is polling about 8 percent after winning 11.9 percent in the 2009 election.

SPD support is 25 percent, 15 points behind Merkel's conservatives. The SPD's Greens allies are at 13 percent, ahead of Merkel's Free Democrat allies at 5 percent.

Peer Steinbrueck, the SPD's chancellor candidate, has ruled out a coalition with the Left party at the national level, as have most SPD and Greens leaders largely because it is the successor to East Germany's SED party that built the Berlin Wall, and because the Leftwants to abolish NATO.

But Steinbrueck also said in a ZDF TV interview on Sunday the SPD would not enter into "grand coalition" again as Merkel's junior partners, as the SPD did from 2005 to 2009, because the SPD lost millions of voters and part of its identity. Steinbrueck's opposition to a 'grand coalition' or a left-left alliance suggests there could be a stalemate after Sept. 22.

"A 'grand coalition' is very unlikely in my opinion because the SPD won't want to be stirrup holders for Merkel again - we all know what happened last time around," he said, referring to support plunging to 23 percent in 2009 from 34.2 percent in 2005.

Fears of a Left-Left alliance

The SPD and Greens also worry about the Left's opposition to euro zone rescue efforts. While the SPD and Greens have backed Merkel's rescue programmes, the Left party consistently voted against linking financial aid to demands for structural reforms.

But the SPD quietly dropped its ban on alliances with the Left at the state level in 1998 in formerly eastern Germany, where the Left is popular. From 2010 to 2012, the Left party supported an SPD-Greens minority government led by Hannelore Kraft in the western state of North Rhine-Westphalia.

There are fears in government circles that the SPD and Greens might drop the ban on alliances with the Left at national level if the September election produces a leftist majority. SPD leader Sigmar Gabriel has ruled out such an alliance. The SPD and Left have similar policies on economic and social issues.

"If it comes down to what Sigmar Gabriel and Hannelore Kraft want, then Germany's going to get an SPD-Greens-Left party government after the election," conservative Bavaria state premier Horst Seehofer said in a Focus magazine interview on Sunday.

"They are the driving forces in the SPD," Seehofer said, reflecting the fears heard in the corridors of power in Germany that some analysts see as part of a concerted conservative strategy to whip up voter fears of such a left-left alliance.