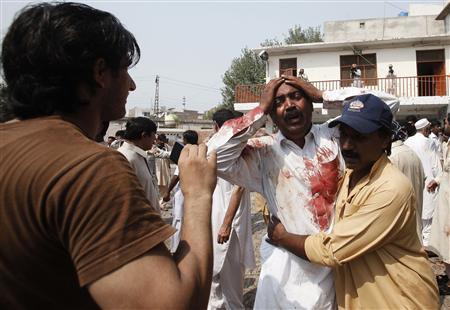 At least 40 people were killed and 70 wounded on Sunday in a suicide bomb attack on a church in the Pakistani city of Peshawar, a local government official said.