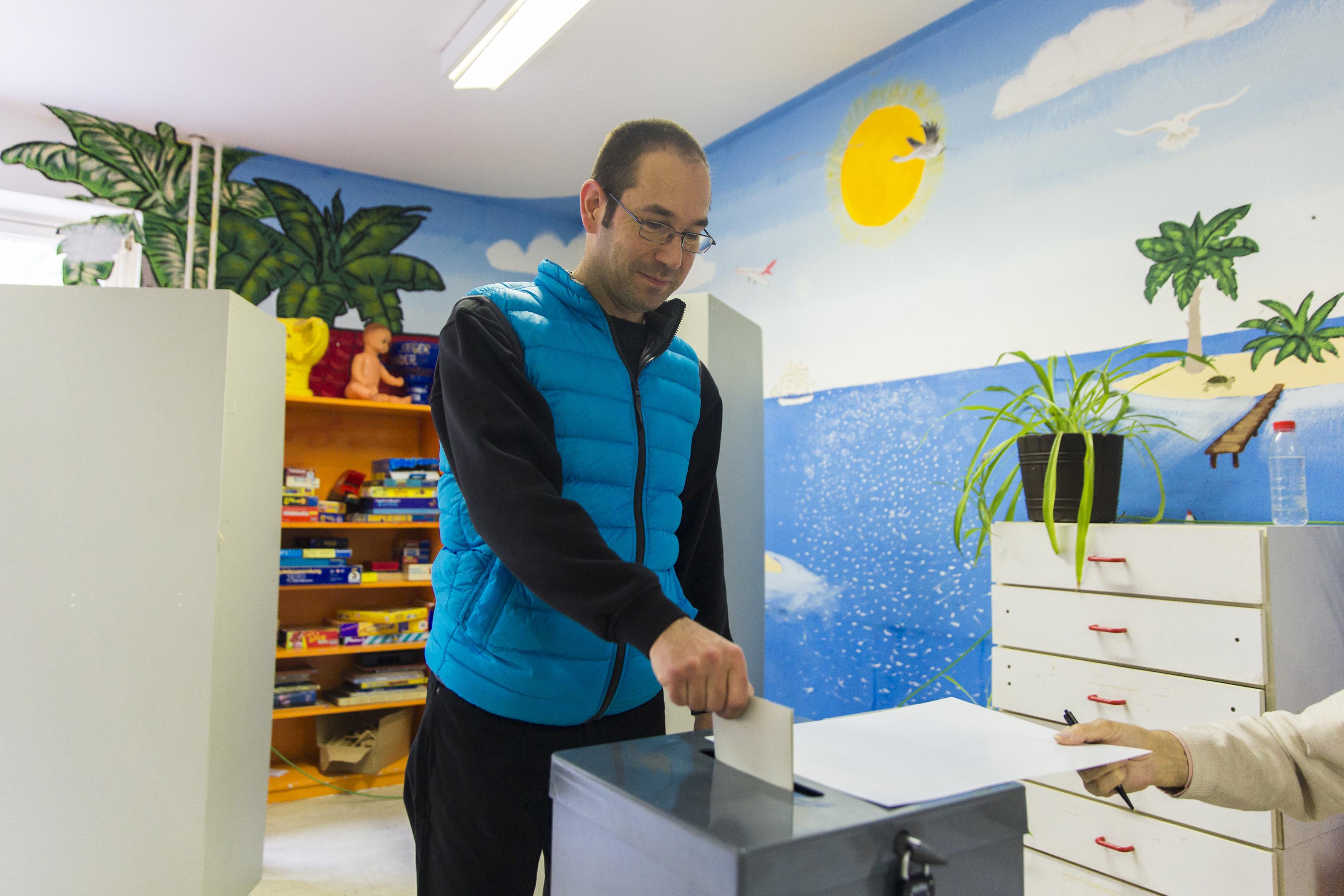 BERLIN – Germans voted on Sunday in an election expected to hand Chancellor Angela Merkel a third four-year term, but she may be forced into an awkward coalition with her leftist rivals following a surge in support for a new anti-euro party.

Europe is closely watching Germany's first national election since the eruption of the euro zone debt crisis in 2009. Some hope Merkel will take a softer stance on struggling euro states such as Greece if she is pushed into a so-called grand coalition with the Social Democrats (SPD).

But major policy shifts seem unlikely because the centre-left SPD, whose campaign stalled after a gaffe-prone start by its lead candidate Peer Steinbrueck, agrees with the thrust of Merkel's approach even as it accuses her of weak leadership.

The most recent opinion polls show support for Merkel's conservative bloc - her Christian Democratic Union (CDU) and the Bavarian Christian Social Union (CSU) - at around 39 percent, about 13 points ahead of the SPD, the second-biggest party.

That virtually guarantees that Merkel, whose staunch defence of German interests during the crisis has sent her approval ratings soaring over 60 percent, will stay on as chancellor.

"I voted for CDU because they're a serious party and in the last eight years they've really moved the country forward," said policeman Jochen Anders, 58, after casting his ballot in Berlin.

"They have reduced our debts significantly, brought us through the euro zone and financial crises successfully and the economy has recovered," he said.

Merkel, who grew up in East Germany, has presided over a robust economy and booming labour market. The 59-year-old's "step by step" leadership style is criticised abroad as too timid but applauded by many at home, where she was cheered as "Mutti", or Mum, on the campaign trail.

"I feel very good ... Now it is finally time for the voters to decide," he told reporters.

The first exit polls will be published at 6 p.m. (1600 GMT). Of the 62 million Germans eligible to vote, out of a population of 80 million, about a third described themselves in the run-up to the election as undecided, adding to the uncertainty.

Merkel wants to continue the centre-right coalition with the business-friendly Free Democrats (FDP) she has led for the past four years, but they have seen their support slide from 14.6 percent in the 2009 vote to just 5 percent.

A poor FDP result would force Merkel to court the SPD, with whom she governed in a right-left coalition in 2005-09.

The SPD, which lost voters after that experiment, would exact a high price in such talks, including top cabinet posts such as the finance ministry and acceptance of key parts of its platform, such as a minimum wage and tax hikes for the wealthy.

"They will be the most difficult coalition talks ever," said Frank Decker, a political scientist at Bonn University.

The wild card in the election is the Alternative for Germany (AfD), a seven-month-old party that has seized on voter fears about the cost of euro zone bailouts, for which Germany, Europe's largest economy, underwrites the biggest share.

Led by a group of renegade academics, lawyers and journalists, the AfD wants an "orderly dismantling" of the euro and says Germans should consider returning to the Deutsche Mark.

Their tough stance on euro zone stragglers and on immigration has led some to reconsider their voting intentions.

"I like the SPD but I also like it that the AfD wants to get rid of the euro and expel foreigners who are lazy and just living off the state," said Jacqueline Preuss, 43, a car industry employee in Berlin.

If the AfD nudges above the 5 percent mark needed to enter parliament, it will be the first new party in the Bundestag since 1990 and the only one to favour a breakup of the euro, the currency created in 1999 and now shared by 17 countries.

"If the AfD enters parliament, it will change the euro debate in Germany," a close aide to Merkel told Reuters.

Should the party win seats, Merkel could be denied her centre-right government of choice.

Speaking to 4,000 supporters at the Tempodrom arena in Berlin on Saturday, she seemed to acknowledge that risk, departing from script to urge voters to stand by the euro.

"A stable euro is not only good for Europe, it is crucial for Germany as well," Merkel said. "It guarantees our well-being and our jobs."

Even if Merkel is able to preserve her centre-right government with the FDP, she will probably have to rule with a much smaller majority in the Bundestag and deal with an SPD-dominated upper house that could block major legislation,

Regardless of her coalition, she faces major challenges in a new term, from bedding down her shift from nuclear to renewable power to fending off a demographic crisis, and setting out a vision for Europe, which may be past the acute phase of its crisis but is still plagued by recession and unemployment.