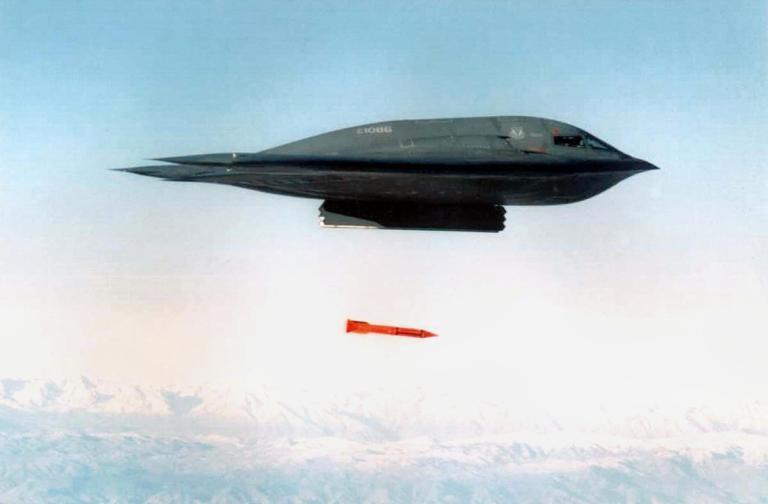 The United States plans to spend billions to upgrade a decades-old atomic bomb designed to stop a Soviet invasion of Europe, as part of a controversial project to modernize its nuclear arsenal.

Some lawmakers and experts dismiss the effort as a colossal waste of money that could derail arms control talks with Russia.

But top commanders and government officials argue the B61 nuclear gravity bomb needs to be maintained so other weapons can be scrapped and to ensure America retains a "credible" force.

"The B61 is the only weapon in the stockpile that fulfills both tactical and strategic missions," General Robert Kehler, head of Strategic Command, told a congressional hearing last week.

Designed as a short-range "tactical" weapon to deter Soviet forces from overrunning Western Europe, the bomb has been in service for the US Air Force since the 1970s.

Washington removed thousands of tactical atomic weapons from Europe after the Cold War ended. But 180 of the B61 bombs remain in Europe, the only American nuclear weapon still deployed on the continent, at NATO bases in Germany, Belgium, Italy, the Netherlands and Turkey.

Under President Barack Obama's planned upgrade, the various models of the bomb would be replaced by a modified version, the B61-12, which would have a smaller yield and more accuracy.

A tail kit would be outfitted for the bomb, which officials say would enable more precision and therefore reduce the quantity of fissile material needed to destroy a target.

The improvements are needed as the weapons are aging and will gradually deteriorate, according to the Pentagon.

"The average B61 is over 25 years old, contains antiquated technology, and requires frequent handling for maintenance," General Kehler said.

The modernization also will allow the Obama administration to retire the most powerful atomic bomb, the B83, and reduce the overall amount of nuclear material in the arsenal, officials said.

"This approach will allow, in time, reductions in the total number of (nuclear) weapons," Madelyn Creedon, assistant secretary of defense for global strategic affairs, told lawmakers.

Obama has called for more progress in scaling back US and Russian nuclear stockpiles and in a speech in Berlin in June, he promised to work with NATO allies "to seek bold reductions" in tactical nuclear weapons in Europe.

Some members of Congress are wary of the price tag, as the estimated cost for modernizing the B61 bomb keeps rising, from an initial $4 billion to $8.1 billion. And a Pentagon panel has projected the cost could reach $10 to $12 billion.

"The case against the B61 life extension is simple: it is unaffordable, unworkable and unnecessary," said Kingston Reif of the Bulletin of the Atomic Scientists.

For skeptics, the project looks overly ambitious at a time of budget austerity, when the Air Force is already planning major spending on the new F-35 fighter jet, a new long-range bomber and a new cruise missile.

The cost of the program is coming under particular scrutiny because Obama himself is pushing to scrap tactical weapons in Europe, prompting criticism that the whole undertaking is unneccessary.

"To me, it doesn't make a lot of sense to spend billions of dollars to extend the life of weapons that the president has already said he wants to get rid of," said Tom Collina, director of research at the Arms Control Association.

In an editorial, the New York Times denounced the effort as a "Faustian bargain" Obama made with Senate Republicans in 2010, promising modernization of the nuclear arsenal to secure approval of the New Start arms reduction agreement with Russia.

Obama has touted fresh arms control negotiations with Russia as a priority but making improvements to the B61 bomb could undermine prospects for any deal with Moscow, Collina and other experts said.

"Certainly, if the United States puts upgraded B61 bombs that are more accurate in Europe, Russia will probably have a response," Collina said.

"I don't know what that would be, but it certainly won't be very positive."