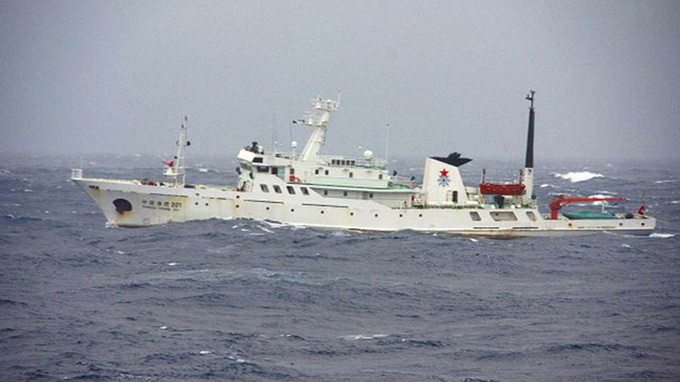 China does not feel threatened by countries in Southeast Asia and is optimistic about the situation in the East Sea, the Foreign Ministry said, warning Japan not to "spread rumours" it plans a new air defence identification zone.

China alarmed Japan, South Korea and the United States last year when it announced an air defence identification zone for the East China Sea, covering a group of uninhabited islands at the centre of a bitter ownership spat between China and Japan.

Last week, Japanese newspaper the Asahi Shimbun said China was considering setting up a similar zone - where foreign aircraft are supposed to report their movements to China - in the East Sea, prompting the U.S. State Department to warn against such a move.

In a statement released late on Saturday, China's Foreign Ministry implied there was no need for such a zone in the East Sea.

"Generally speaking, China does not feel there is an air security threat from ASEAN countries," the ministry said, referring to the Association of Southeast Asian Nations.

"China feels optimistic about relations with countries surrounding the East Sea and the general situation in the East Sea," the ministry said, adding it believed prospects for ties with ASEAN were "bright".

While the ministry said China had a right to set up air defence identification zones which nobody should criticise, it criticised Japan for attempting to distract attention from Japan's own military plans.

"Right wing forces in Japan have again been hyping up so-called plans that China will shortly set up an air defence identification zone in the East Sea, which is purely to try and distract international attention, to cover up their conspiracy to ... expand their military," the ministry said.

"We warn these forces not to delude people with rumours for their own selfish interests and play up tensions, and hope the relevant party talks and acts cautiously," it added.

Ties have been strained by a recent visit by Japanese Prime Minister Shinzo Abe to a controversial shrine for war dead, China's East China Sea air defence zone and the long-running dispute over a string of islets both countries claim, known as the Diaoyu in Chinese and the Senkaku in Japanese.

China, which is swiftly ramping up military spending, has regularly dispatched patrols to the East China Sea since it established the defence zone. China has repeatedly denied Japanese accusations of being a threat to peace, saying it is Japan which is the threat.