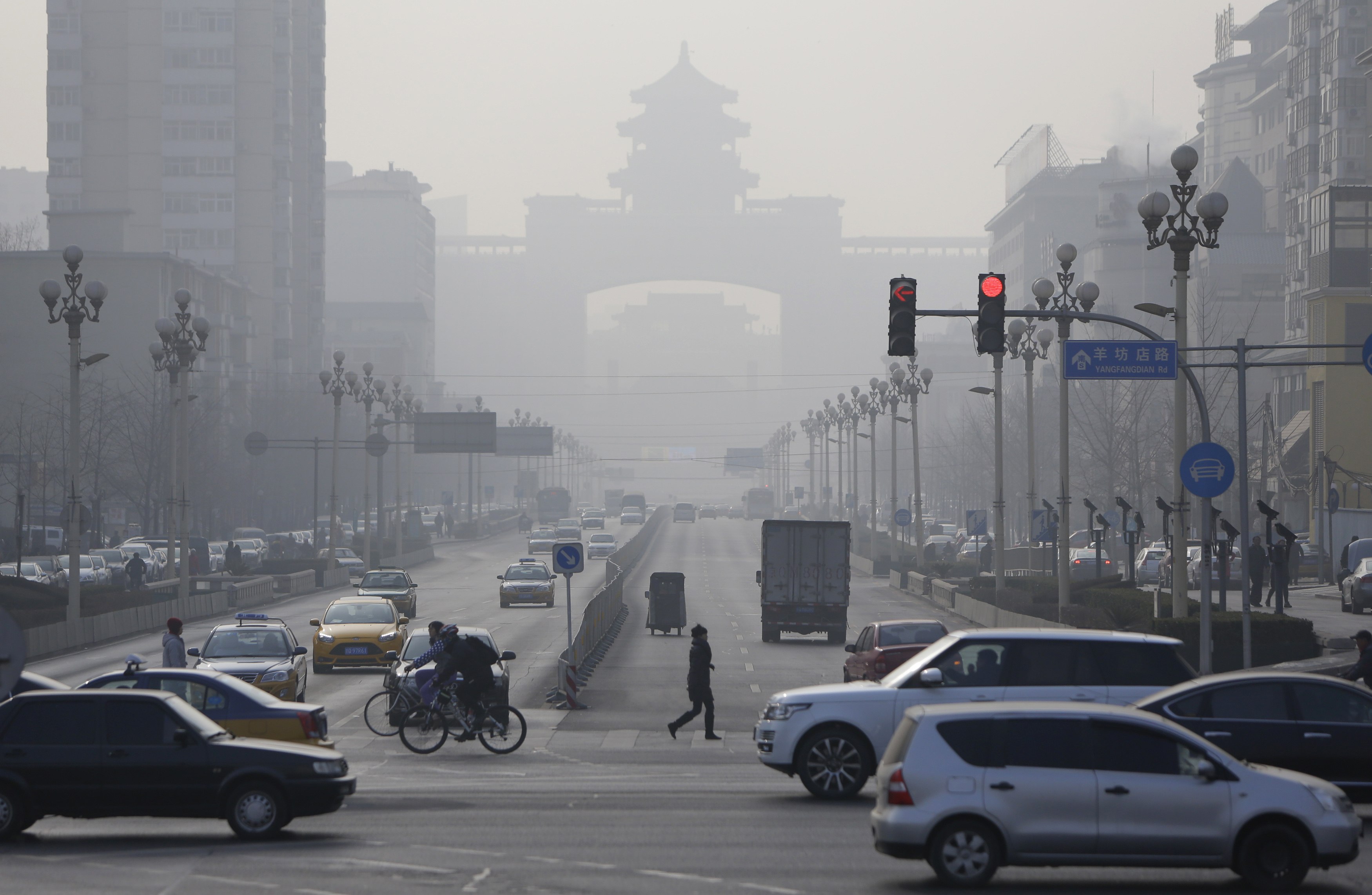 SHANGHAI – Severe pollution in Beijing has made the Chinese capital "barely suitable" for living, according to an official Chinese report, as the world's largest economy tries to reduce often hazardous levels of smog caused by decades of rapid growth.

Pollution is a rising concern for China's stability-obsessed leaders, keen to douse potential unrest as affluent city dwellers turn against a growth-at-all-costs economic model that has tainted much of the country's air, water and soil.

The report, by the Beijing-based Social Science Academic Press and the Shanghai Academy of Social Sciences, ranked the Chinese capital second worst out of 40 global cities for its environmental conditions, official media reported on Thursday.

China's smog has brought some Chinese cities to a near standstill, caused flight delays and forced schools to shut.

Beijing was hit by severe levels of pollution at least once every week, according to the 2012 Blue Paper for World Cities report. That was on top of a significant level of air pollution covering the capital for 189 days in 2013, according to city's Environmental Protection Bureau.

Though China's record on pollution is patchy, the government said on Wednesday it would set up a 10 billion yuan ($1.65 billion) fund to fight air pollution, offering rewards for companies that clean up operations.

Overall the government has pledged to spend over 3 trillion yuan ($494.85 billion) to tackle the problem, creating a growing market for companies that can help boost energy efficiency and lower emissions.

Beijing will also shut 300 polluting factories this year and publish a list of industrial projects to be halted or suspended by the end of April, state news agency Xinhua said. ($1 = 6.0624 Chinese yuan)