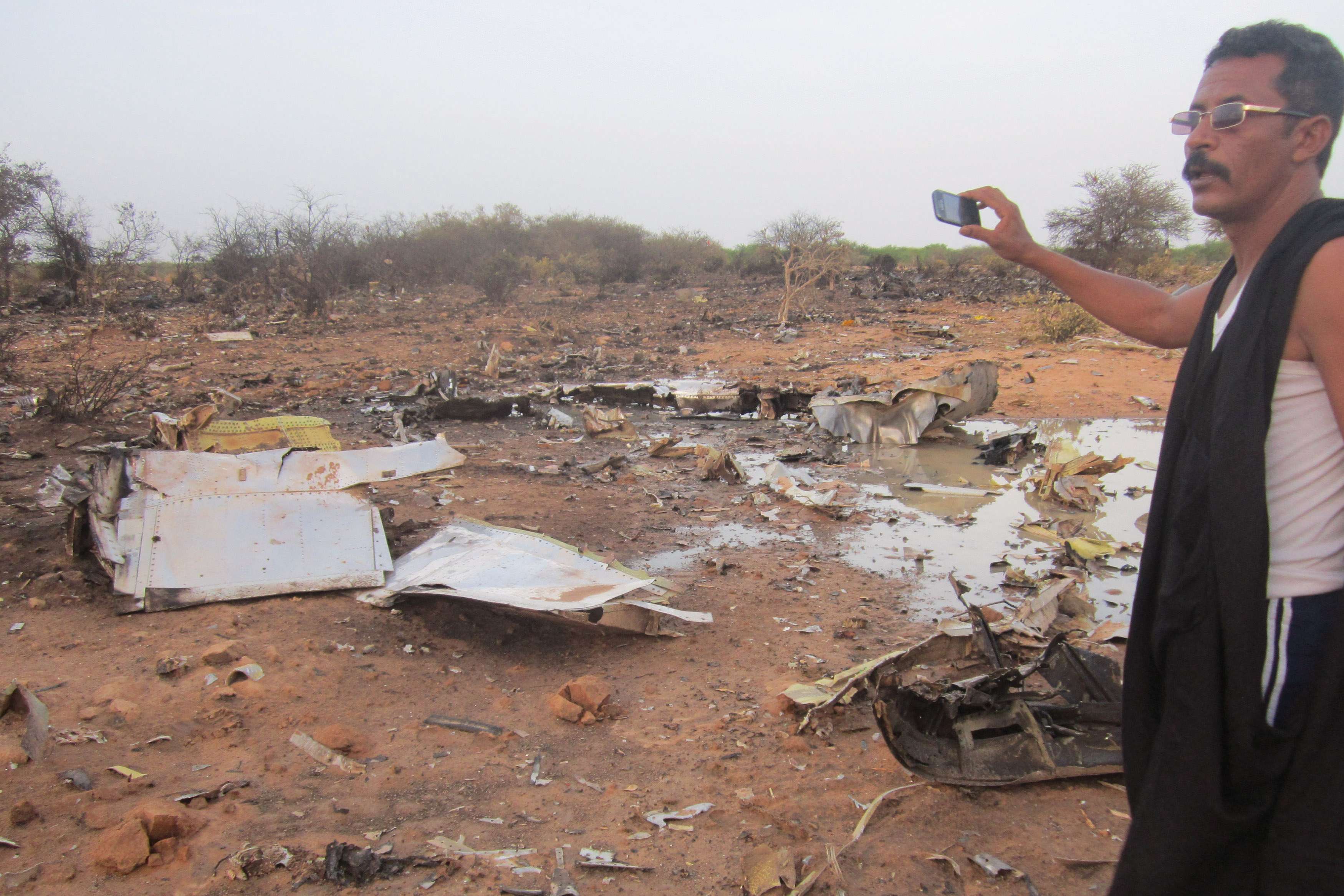 The black boxes from the Air Algerie plane disaster on Sunday began their journey to France from northern Mali as investigators ramped up efforts to find the cause of the deadly crash.

Mali's Communications Minster Mahamadou Camara told AFP the flight data recorder and cockpit voice recorder had been taken to the capital Bamako from the remote desert crash site and would now be "handed over to French authorities" and then travel on to France later Sunday.

Experts from France's Bureau of Investigations and Analyses agency (BEA) have begun sifting through the remains of the shattered aircraft to identify the 188 victims of the disaster.

"They will try to glean the maximum information," BEA chief Remi Jouty said in Paris.

Their work will take a "few days", he said, adding that they will examine the plane's data flight recorders and other information, including the prevailing weather conditions at the time.

"It is too early to make any conjecture" about the reason for the crash, he said.

Officials who had already reached Mali's remote, barren Gossi area described a scene of devastation littered with twisted and burnt fragments of the plane.

"We saw the impact of the crash, with debris everywhere. For now, we cannot speak to you of bodies," said Mali's Transport Minister Hachim Koumare after a visit to the site.

French President Francois Hollande, who met families of some of the victims in Paris on Saturday, said all the bodies would be repatriated to France and a memorial would be erected at the site.

No one survived the impact of Thursday's tragedy and entire families were wiped out.

France bore the brunt of the tragedy, with 54 of its nationals being killed in the crash of the McDonnell Douglas 83, which had taken off from Ouagadougou in Burkina Faso bound for Algiers.

Travellers from Burkina Faso, Lebanon, Algeria, Spain, Canada, Germany and Luxembourg also died in the crash, increasingly being blamed on bad weather that forced the pilots to change course.

Hollande said flags would fly at half-mast from government buildings for three days from Monday to mourn the victims.

Mali on Sunday said it had launched a judicial inquiry into the cause of the disaster, adding to efforts from Paris and Ouagadougou.

Burkina Faso's President Blaise Compaore announced the inquiry after meeting with the families of the victims of diverse nationalities.

Lebanese national Pierre Hage said he had sought Compaore's help so that he could recover the "remains of my relatives, either wholly or in part".

Prayers were held Sunday for the victims in many churches in Burkina Faso. At Ouagadougou airport, people left a teddy bear, flowers and lit candles next to the photos of some of the dead.

French Interior Minister Bernard Cazeneuve said weather conditions seemed the most likely cause of the accident, the country's worst air tragedy since the crash of the Air France A330 from Rio de Janeiro to Paris in June 2009.

The Air Algerie crash was the third worldwide in the space of just eight days, capping a disastrous week for the aviation industry.

On July 17, a Malaysia Airlines plane was shot down in restive eastern Ukraine, killing all 298 people on board.

And a Taiwanese aircraft crashed in torrential rain in Taiwan on Wednesday, killing 48.

Apart from the BEA experts, France has also dispatched 20 police officers to identify the victims and determine the cause of the disaster.

One flight recorder was retrieved almost as soon as rescuers arrived on the spot, while the second black box was found late Saturday, according to Radhia Acouri, the spokeswoman for the MINUSMA UN stabilisation force in Mali.

France has also dispatched military forces already stationed in Mali since its offensive last year to free the country's north from the grip of Islamists and Tuareg rebels.

This year has already seen Algeria mourn the loss of more than 70 people in the crash of a C-130 military aircraft in February.

The north African country is observing a three-day period of national mourning for the latest crash.