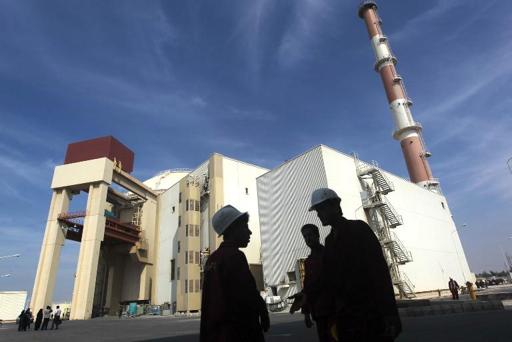 No sign of breakthrough in IAEA-Iran talks on nuclear inquiry

VIENNA, Oct 9 - The U.N. nuclear watchdog appears to have failed in talks with Iran this week to substantively advance a dragging investigation into suspected atomic bomb research by the country. Western officials say Iran must improve cooperation with U.N. nuclear inspectors if it wants to reach a broader diplomatic deal with world powers to resolve a protracted nuclear dispute and phase out crippling financial sanctions on the oil producer. The International Atomic Energy Agency said in a statement after the Oct. 7-8 meeting in Tehran that discussions would continue. But it did not announce a date for the next round of talks focused on IAEA concerns that Iran had initially been supposed to address by an agreed Aug. 25 deadline. Iran denies Western allegations that it is seeking to develop the capability to produce nuclear weapons, saying its atomic activities are aimed at generating electricity only. Early last month, the IAEA said Iran had failed to answer questions by the Aug. 25 target date about alleged research activities into explosives testing and neutron calculations, which could be applicable to any attempt to make nuclear bombs. In this week's talks, "the two sides held discussions in relation to the implementation of the two practical measures relating to the initiation of high explosives and to neutron transport calculations," the IAEA statement said. "The agency and Iran will continue discussions on these measures." The IAEA gave no further detail. But its statement suggested strongly that the Islamic Republic had still not fully implemented the steps it had agreed to carry out by late August, answering questions about what the U.N. agency calls the possible military dimensions of Tehran's nuclear programme. It also said Iran had not offered to carry out new steps to comply with the investigation, more than a month after the IAEA asked it to do so. "Iran did not propose any new measures during the meetings in Tehran. Iran and the agency agreed to meet again, at a date to be announced," the IAEA said. Tehran's envoy to the Vienna-based U.N. agency, Reza Najafi, said the discussions had been "very constructive", according to Iran's ISNA news agency, which did not elaborate. The Vienna-based IAEA has for years been trying to get to the bottom of Western intelligence reports suggesting that Iran has worked on designing a nuclear warhead. Iran has denounced the intelligence as fabricated, but has promised to work with the IAEA since last year when Hassan Rouhani, seen as a pragmatist, became president on a platform to overcome his country's international isolation.