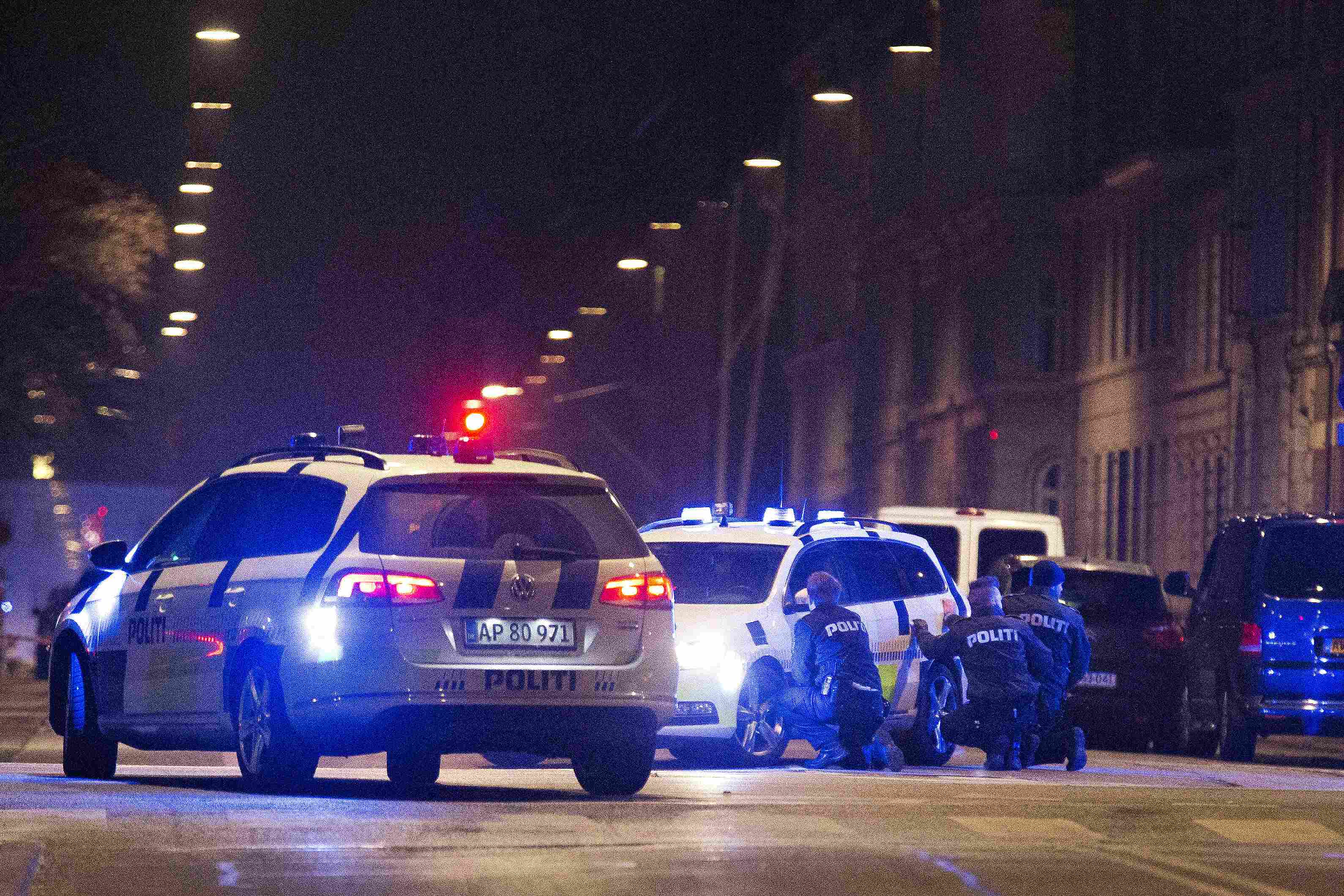 COPENHAGEN – Denmark was on high alert on Sunday after two people were killed and five wounded in gun attacks on a Copenhagen cafe hosting a freedom of speech debate and a synagogue, raising fears the Nordic country had fallen victim to militant violence.

The first attack, in broad daylight on Saturday, targeted a cafe attended by Swedish artist Lars Vilks, who has been threatened with death for his cartoons of the Prophet Mohammad.

Also attending a debate at the cafe was French ambassador Francois Zimeray who praised Denmark's support for freedom of speech following the January attack in Paris on the weekly newspaper Charlie Hebdo that killed a dozen people.

Witnesses said that barely had the envoy finished an introduction to the meeting, than up to 40 shots rang out, outside the venue, as an attacker tried to shoot inside.

Police said they considered Vilks, the main speaker, to have been the target.

"We feel certain now that it was a politically motivated attack, and thereby it was a terrorist attack," Prime Minister Helle Thorning-Schmidt told journalists, speaking on Saturday close to the site of the cafe.

Police said the cafe shooter had escaped in a Volkswagen Polo and a manhunt ensued with helicopters roaring overhead and the streets of Copenhagen filled with an array of armoured vehicles.

Hours later, during the night, shots were fired at a synagogue in another part of the city, about a half hour walk away from the cafe.

A man was shot in the head, and was later confirmed to have died. Two police officers were wounded.

The attacks bore similarities to the Jan. 17 attack in Paris, when brothers Cherif and Said Kouachi burst into the office of the Charlie Hebdo newspaper and opened fire in revenge for its satirical images of the Prophet Mohammad.

In all, 17 people were killed over three days of violence in France.

Helle Merete Brix, organiser of the event at the cafe, told Reuters she had seen an attacker wearing a mask.

"The security guards shouted 'Everyone get out!' and we were being pushed out of the room," Brix said.

"They tried to shoot their way into the conference room ... I saw one of them running by, wearing a mask. There was no way to tell his face."

Denmark itself became a target after the publication 10 years ago of cartoons lampooning the Prophet Mohammad, images which led to sometimes fatal protests in the Muslim world.

Many Muslims consider any representation of the Prophet Mohammad blasphemous.

He has lived under the protection of Swedish police since 2010. Two years ago, an American woman was sentenced to 10 years in prison in the United States for plotting to kill him.