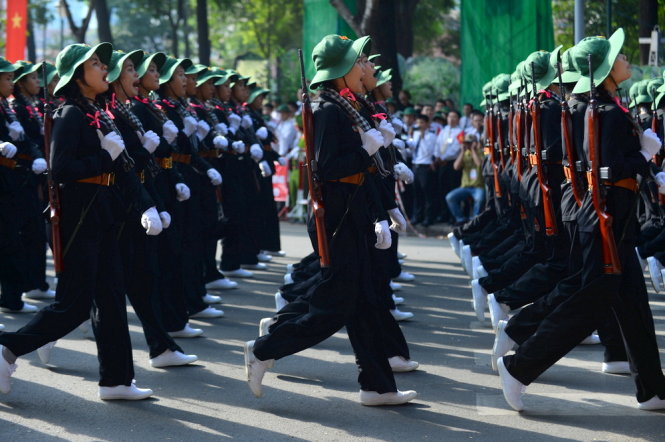 How the American war with Vietnam came about (part 2)

Editor’s note: Dr. Terry F. Buss is a fellow of the U.S. National Academy of Public Administration. He wrote this article exclusively for Tuoi Tre News.

Buss dedicated the first part of his article to John F. Kennedy and McNamara, whose administration he said not only lacked foreign policy expertise, but also were totally ignorant about Vietnam.

In the last part of the article below, Buss talked about Lyndon Johnson and things he believed had gone wrong in the war.

Unlike Kennedy, Johnson was one of the most powerful, respected, and feared politicians in the U.S.

In domestic policy, Johnson launched the “Great Society” programs that form the basis for anti-poverty, health care and welfare programs even today. Like Kennedy, Johnson knew nothing about foreign and defense policy.

McNamara visited South Vietnam in 1964, and shortly thereafter convinced Johnson that U.S. credibility in the Cold War was “on the line” in Vietnam.  Johnson did not want to be the president who lost the Cold War. Johnson knew that former president Harry Truman had been blamed for “losing” China.

Under Johnson, naysayers and critics of the war were ignored even more so than under Kennedy. The Joint Chiefs—“the silent men,” responsible for developing strategy and prosecuting the war, were without guidance or input. Each service squabbled with one another to try to influence McNamara and denigrate their opposition. Unfortunately, McNamara admittedly had no strategy, except that the war would involve an incremental escalation over time and would not raise the public’s ire: a “limited war” that would serve as a model for future engagements.

In May 1964, Johnson was denied authority to go to war by the U.S. Senate. But in August, a “possible” engagement between North Vietnam patrol boats and a U.S. warship—the so-called “Gulf of Tonkin” incident, convinced the Senate to grant Johnson war powers, without actually declaring war. In retaliation, Johnson launched a bombing campaign in North Vietnam, at the same time claiming that he “seeks no wider war.”

Johnson was clearly waiting until the 1964 presidential elections to engage North Vietnam. He feared that by doing so earlier, he would jeopardize his domestic policy agenda. Johnson actively campaigned against the war: “We are not about to send American boys nine or ten thousand miles away from home to do what Asian boys ought to be doing for themselves.” Johnson was a master at managing public opinion, at least initially, downplaying the war. Johnson won the presidency with a very high 60 percent of the vote in 1964.

In 1965, the American War, for many, begins officially with the insertion of U.S. ground troops.

In 1967, Johnson forces McNamara to resign.

In 1968, Johnson elects not to run for president in total disillusionment with the war and having become one of the most despised politicians of the era: “If nominated (as a presidential candidate), I will not run; if elected I will not serve.” “I can't get out, I can't finish it with what I have got. So what the hell do I do?”

Kennedy, Johnson and McNamara consolidated power in the hands of a few. As a result they did not benefit from the checks and balances, give and take, and clash of ideas that are necessary for good decision making. Officials who could have offered valuable input were ignored, marginalized or driven out of government. This was disastrous in that McNamara’s team were so ignorant about Vietnam and military operations.

Johnson and McNamara, and to some extent Kennedy, kept Americans in the dark about the true intentions and progress of the war effort. They were aided by subordinates who began providing biased, misleading and false information to make themselves look good in reports to McNamara. It might be that had Americans known this, they would not have supported the war.

In 1965, McNamara brought U.S. force strength to 500,000, knowing full well by his own admission that the war could not be won, yet he persisted in suppressing the truth.

Johnson, McNamara, and to some extent Kennedy, seem to have been unwilling to change course for a diplomatic solution, even when the war was known to be unwinnable. Those who knew them well all say that pride and willful ignorance got in the way. In the end, Johnson and especially McNamara’s reputations were destroyed. Vietnam had become “McNamara’s Lost War.”

When the war was going badly in 1967, Johnson fired McNamara, in an effort to bring in new people who would support the war. McNamara had written to Johnson in 1966 that the U.S. needed to seek a diplomatic solution, not a military one. Johnson still wanted to win the war, probably over concern for the legacy he would leave behind. Many think he was delusional, coming to believe his own misinformation.

McNamara left government without protest and to his shame did not tell the American people that the war was a lost cause and should be stopped.

It was not until two decades later that McNamara publicly confessed that the war was “wrong, terribly wrong.” McNamara felt that his ultimate loyalty was with Johnson not to the truth. The rest of McNamara’s “The Best and The Brightest” also did not speak up until long after the war’s end, if at all.