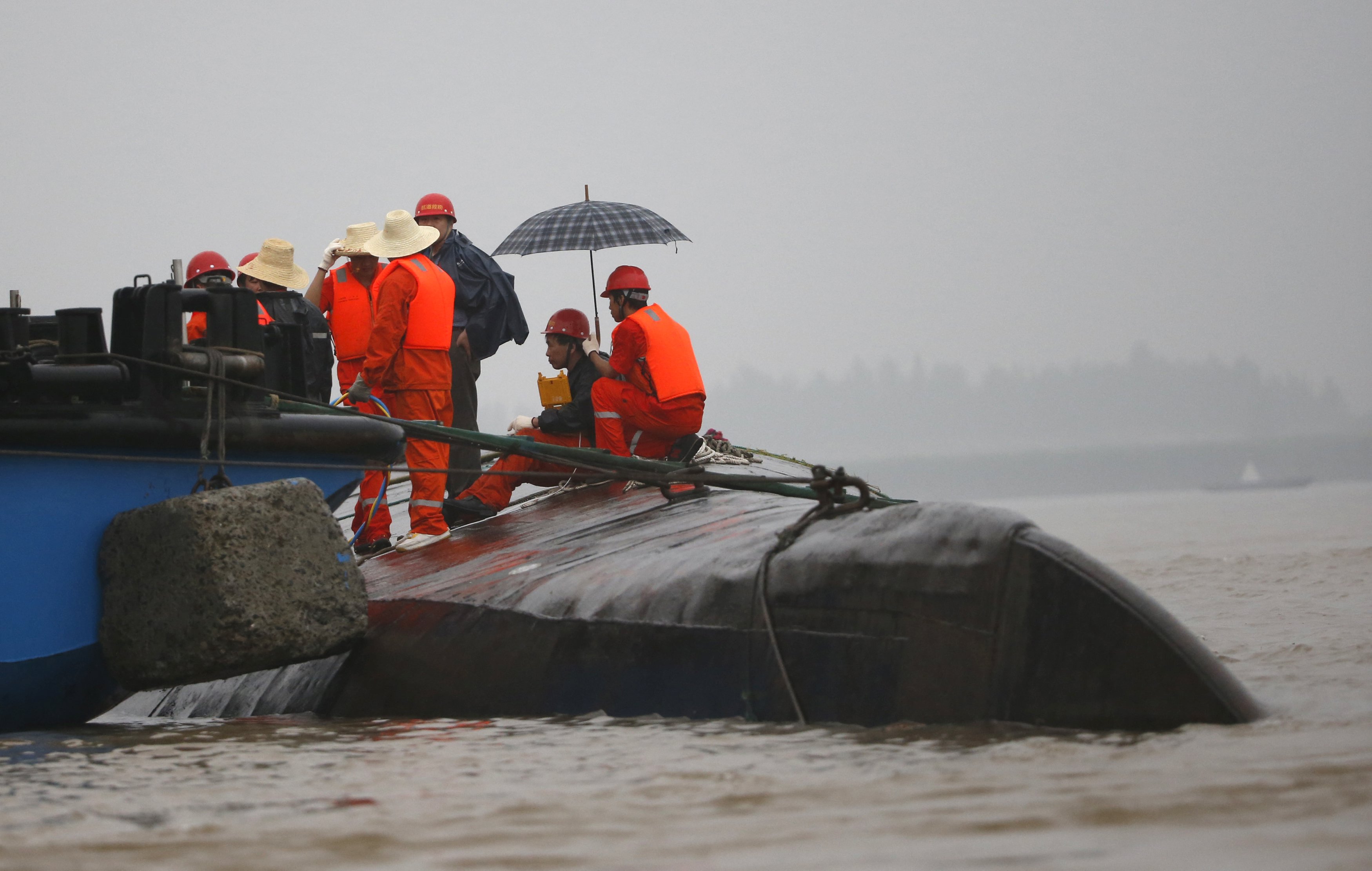 More than 200 divers combed a capsized Chinese ship in the Yangtze River on Wednesday looking for more than 400 missing people, many of them elderly Chinese tourists, as Premier Li Keqiang called for a transparent investigation.

Only seven bodies have been recovered so far and 14 people found alive. Among the few rescued was an elderly woman who had been trapped in an air pocket in the ship, which capsized during a freak tornado on Monday night.

The disaster could be China's worst shipping accident in nearly 70 years and possibly the worst in East Asia since a ferry sinking in South Korea in April 2014 killed 304 people, most of them children on a school trip.

State television carried pictures of rescuers, some standing on the ship's upturned hull, working through the night.

Premier Li, who rushed to the scene to oversee rescue efforts, called for "regular and transparent updates" on the rescue and investigation, and said authorities must ensure adequate personnel and funding.

Relatives, angry at what they perceive as a lack of information, have scuffled with officials in Shanghai. All of the passengers on board had booked their trips through a Shanghai-based travel agency.

A passenger manifest carried by state media showed those on board the Eastern Star ranged in age from three to more than 80. There were 456 people on board when the ship capsized.

China's weather bureau said a tornado had buffeted the area where the ship was cruising, a freak occurrence in a country where twisters can happen but are uncommon.

The ship's captain and the chief engineer, who were among the few to be rescued, have been detained by police for questioning. An initial investigation found the ship was not overloaded and had enough life vests for its passengers.

The ship overturned "within one or two minutes", Xinhua news agency quoted the captain as saying. He was dragged out of the water near a pier just before midnight on Monday.

The Eastern Star, which had the capacity to carry more than 500 people, was heading to the southwestern city of Chongqing from Nanjing, capital of Jiangsu province. It sank in the Jianli section of the Yangtze.

Accidents of this magnitude are uncommon in China, where major rivers are used for tours and cruises. A tug sank on the Yangtze while undergoing sea trials in January, killing 22 of the 25 people on board.

In the worst previous incident of its kind in China, the steamship Kiangya blew up on the Huangpu river in 1948, killing more than 1,000 people.

The Eastern Star is owned by the Chongqing Eastern Shipping Corporation, which runs tours along the Three Gorges section of the Yangtze.