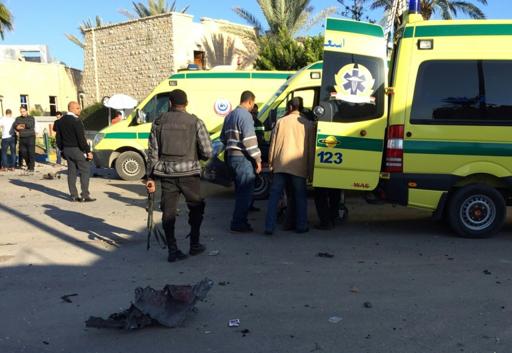 The death toll from a gun and bomb attack claimed by the Islamic State group in Egypt's Sinai Peninsula has risen to seven, the health ministry said on Wednesday.

Two of the dead in Tuesday's attack on the Swiss Inn hotel in the North Sinai provincial capital El-Arish were judges who had been overseeing voting in parliamentary elections earlier this week, ministry spokesman Khaled Megahed said.

Four of the dead were policemen. The seventh victim was a civilian.

A suicide bomber blew up a vehicle at the security barrier outside the hotel, allowing at least one other attacker to enter and go from room to room shooting before blowing himself up.

Jihadists in the Sinai who have pledged allegiance to IS have killed hundreds of policemen and soldiers.

They also claimed responsibility for bombing a Russian passenger plane after it left the south Sinai resort of Sharm el-Sheikh on October 31, killing all 224 people on board.

Unlike the north of the peninsula, which has become a jihadist stronghold and is off-limits to tourists, south Sinai is dotted with heavily secured Red Sea resorts.

Egypt held a second phase of parliamentary elections on Sunday and Monday, its first legislative vote since the military overthrew Islamist president Mohamed Morsi in 2013.

Morsi's ouster unleashed a deadly police crackdown on his followers, and fuelled the insurgency in the Sinai.