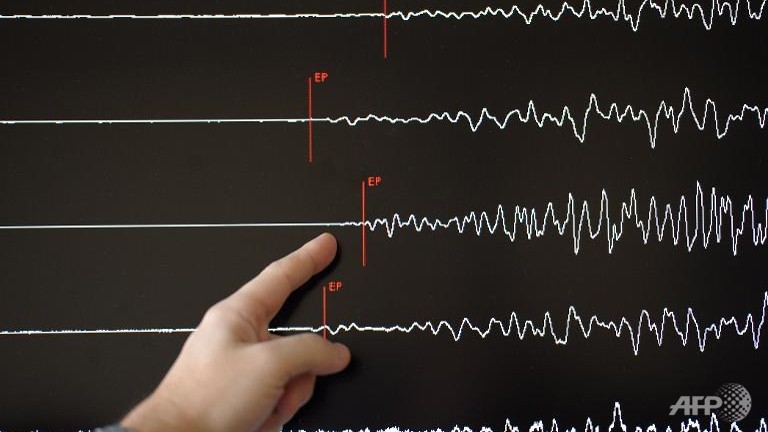 GUWAHATI, India, Jan 4 - At least one person was killed and a dozen injured when an earthquake measuring 6.8 struck near Imphal in eastern India on Monday, sending people running from their homes and knocking out power to the city near the Myanmar border.

The U.S. Geological Survey said the quake was 57 kms (35 miles) deep and struck 29 kms west of Imphal. It initially reported it had struck inside Myanmar.

Police in Imphal, capital of Manipur state, said one person was killed as walls, staircases and roofs in some buildings collapsed.

Residents said people fled their homes and power was down across the city.

"It was the biggest earthquake we've felt in Imphal," disaster response worker Kanarjit Kangujam told Reuters by telephone from Imphal.

People in Bangladesh and Nepal ran from their homes, and the quake was also felt as far away as the Myanmar capital Yangon, about 1,176 kms (730 miles) to the south, residents said.

Indian Prime Minister Narendra Modi tweeted that he was in touch with authorities in the northeast.

An official at Myanmar's Meteorological Department in Naypyidaw said there were no reports of damage or casualties on the Myanmar side of the border.

In April and May 2015, two massive earthquakes struck Nepal, killing more than 8,000 people, and in October, an earthquake hit a remote area in Afghanistan, killing over 200 people and sending shockwaves as far as New Delhi.