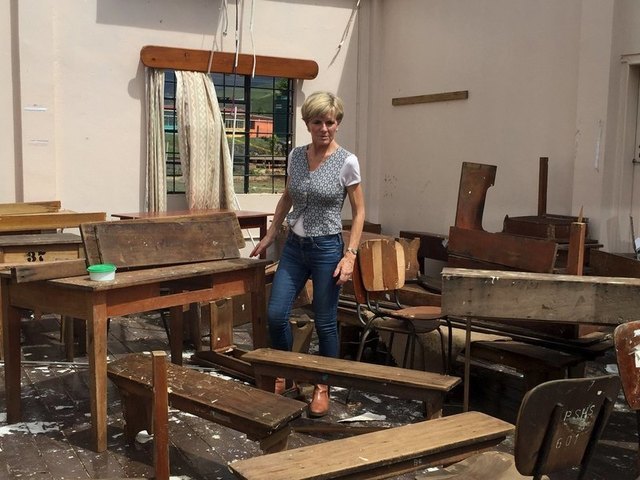 Fiji under curfew, assessing damage from second cyclone in weeks

SYDNEY, April 7 - Fijian imposed a nation-wide curfew on Thursday as officials examined damage from a category three cyclone that passed to the south of the South Pacific island nation overnight, two months after a more powerful cyclone wreaked havoc.

While the public remained indoors, emergency and essential aid services were being deployed across the country to assess damage from heavy rain and flooding brought by Cyclone Zena, which packed winds in excess of 120 kph (75 mph).

In February, category five Cyclone Winston, one of the most powerful storms recorded in the southern hemisphere, killed 42 people and flattened settlements. Prime Minister Frank Bainimarama said it could take years for Fiji to recover.

With widespread damage to homes, many people returned to shelters as Cyclone Zena approached. Nearly 80 evacuation centres were opened with thousands people taking shelter, said the U.N. Office for the Coordination of Humanitarian Affairs.

Officials were particularly concerned about outlying islands in the archipelago, which bore the brunt of Winston. Aid agencies, meanwhile, were preparing for health problems.

"In times of flooding there is an increase in water borne diseases such as diarrhoea, eye infections and the spread of mosquito diseases such as dengue fever and the Zika virus," Alice Clements, Fiji representative at the U.N. Children's Agency, UNICEF, told Reuters.

The storm, now downgraded to a Category 2 cyclone, is heading toward Tonga.