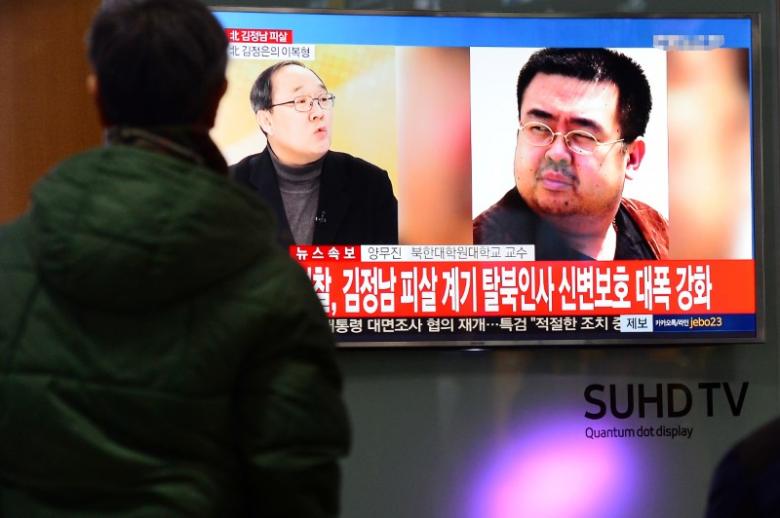 Kim Jong Nam died after being assaulted at Kuala Lumpur International Airport last Monday while preparing to board a flight to Macau.

South Korean and U.S. officials have said they believe North Korean agents assassinated Kim Jong Nam, who had been living in the Chinese territory of Macau under Beijing's protection.

Police said swabs taken from the eye and the face of a North Korean national by the chemistry department of Malaysia revealed the presence of VX.

VX nerve agent, or S-2 Diisoprophylaminoethyl methylphosphonothiolate, is chemical weapon classified as a weapon of mass destruction by the United Nations.

"Other exhibits are under analysis," Malaysian police chief Khalid Abu Bakar said in the statement.

Police chief Khalid said earlier that a female Vietnamese passport holder and a Indonesian woman wiped a liquid on Kim Jong Nam's face. They later washed their hands and fled the scene.

Airport camera footage released on Monday by Japanese broadcaster Fuji TV shows the moment the women appeared to assault Kim Jong Nam, who is later seen asking airport officials for medical help. He died on the way to hospital.

VX is tasteless and odorless, and is outlawed under the Chemical Weapons Convention, except for "research, medical or pharmaceutical purposes".

It can be manufactured as a liquid, cream or aerosol. Absorbed in large doses, it is fatal after 15 minutes, according to the U.S. Army's Edgewood Chemical Biological Center, making it the most toxic known nerve agent in the world.

Malaysia on Thursday requested Interpol to put an alert out to apprehend four North Korean suspects in the murder.

Police are also holding one North Korean man, but are seeking another seven in connection with the murder.